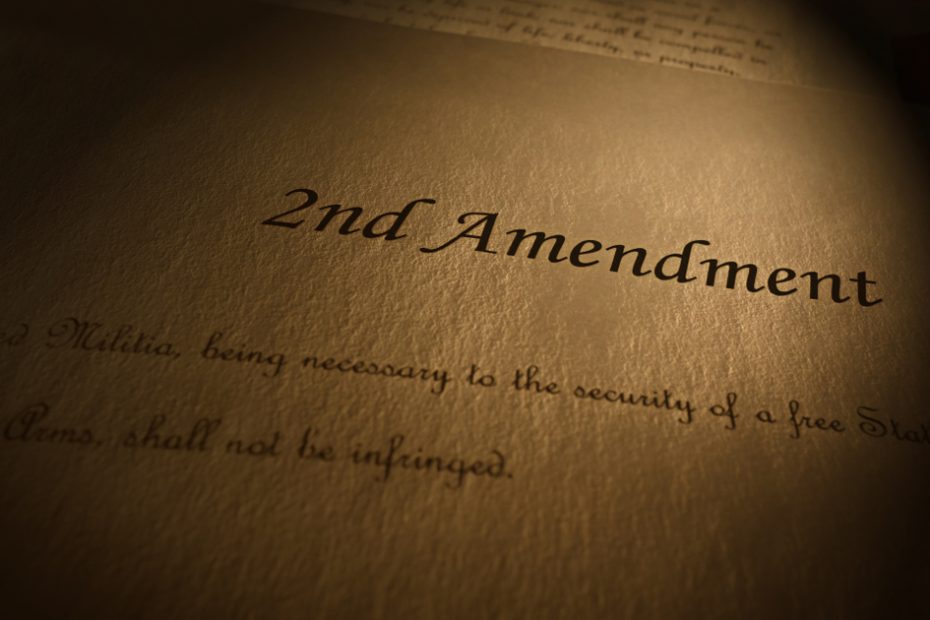 Good ol’ Joe Manchin came out on Monday defending the bipartisan Senate settlement on firearm changes agreed on over the course of the end of the week following the most recent string of mass shootings, expressing that none of the actions settled upon should concern America’s law-abiding gun owners.

While at a glance, and what they’re pointing out may not seem that bad on the surface, once you begin to dig, you can uncover quite the opposite and an unsettling scenario.

In an appearance on the show The Lead with Jake Trapper on CNN, Manchin mentioned that weapon, specifically gun owners in his state want things done as well as the rest of the populace. Highlighting their concerns about psychological well-being issues in this country, and those same people with these types of issues being able to own firearms.

“We have to do something. And gun owners are standing up. You take polls around the country, in my state, too — law-abiding gun owners want something to be done,” he said. “They don’t want people who should never have a gun or is mentally incapacitated or not stable to be able to access anything they want.”

And he’s not lying folks. I can confidently speak for all gun enthusiast in America. We are with you, we hurt with you, and these tragic events aren’t just hindsight the moment they happen. However, we too are people, we are not the criminals here, we’re a peaceful people whose only interest is protecting ourselves, but more importantly our families. We aren’t some heartless individuals who don’t care what goes on around us, and there are many of us who’d lay our lives down and or fight for loved ones – especially children, even if they weren’t our own.

Manchin likewise said that the proposed regulation which has the backing of 10 Senate Republicans, the minimum requirement to beat a filibuster, depends on “something that’s sensible and reasonable,” referring to the standards of intervention and prevention.

“We have got to take what we have got as a positive and work off of this. But this should not — this piece of legislation, as drafted, should not be threatening to any law-abiding citizen in the United States of America, not one. And no law-abiding gun owner should be offended by this,” Manchin continued “We take no rights away, no privileges away. We don’t basically threaten you’re going to lose anything at all.”

This ‘sensible and reasonable’ weapon change includes things such as deeper background checks for those under the age of 21, making penalties for straw purchases of firearms – which means if you had person A who’s a good law-abiding citizen on paper, but purchases firearms legally for person B who is the criminal – however, this is already illegal. Among a few other laws that they want to implement.

Fine, safety, we get it. However, when Manchin – and let’s face it, all Democrats, Brandon, and now even ten Republicans – want to pass these laws they do not shed light enough on the fine details or fine print if you will.

Manchin on Senate gun deal: "No law-abiding gun owner should be offended by this" https://t.co/SmNdfCsoFs pic.twitter.com/c4DpMHXHXT

For example, in the string of this gun reform package also includes a carrot for states to adopt their own red flag laws. What are red flag laws you ask? Well, it’s quite simple. The media will tell you it’s for people who are mentally ill, that if it’s deemed that they are not mentally stable they will have their guns taken away, or not be allowed to purchase them in the first place.

However, what they won’t tell you is that this same law would allow someone who has a grudge against you or just doesn’t like you for whatever reason to be able to get your guns taken away. How? Well, let’s say someone had a bad breakup or maybe their views bother someone else, so they want to show them or get back at them. They would simply make a call and state there is concern and the person in question is mentally unstable. That’s all it’d take for the red flag law to come into play, and that person’s firearms would be confiscated without a question, and they wouldn’t be able to do or say anything about it.

Let’s take it a step further, suppose some gangs or criminals planned on hitting a house, but they knew the family was armed. Imagine them calling in and reporting the person, getting his or her guns confiscated, only to follow up with a crime – and we can all imagine what would happen next. We agree, we do need change, but pressing us law abiding citizens isn’t the answer. We need to harden the schools, and not make them an easy target. These criminals don’t care about laws, and in fact want these laws to pass, because it’ll create more soft or easy targets.