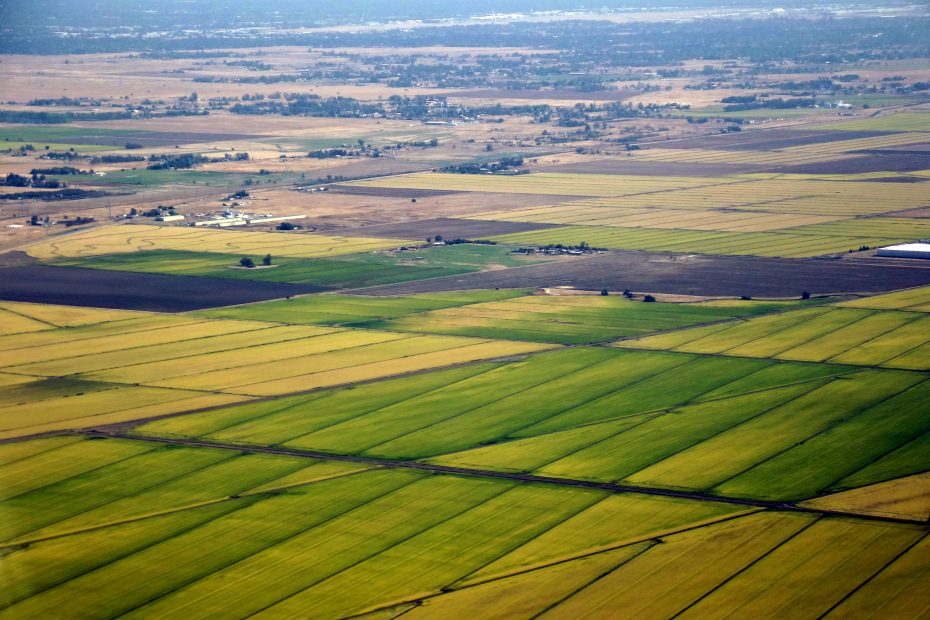 This time of year, along the drive on Interstate 5 north from Sacramento, you can usually see bountiful rice fields on both sides of the interstate, busy with the sounds of tractors and workers preparing the rice fields for the upcoming harvest. It is a vista that many of us have seen who have grown up in America’s heartland. Not this year. This year, along Interstate 5, you will see a depressing wasteland that is almost apocalyptic.

This part of California was once an agricultural powerhouse. Now, it’s ‘just a wasteland’ — but the loss of rice fields depends largely on the state of the water source

Third-generation rice farmer from Colusa, Kurt Richter, said the local economy there has relied heavily upon agriculture. “It is now just a wasteland,” he said.

Richter said rice fields are “abandoned,” and a mini dust bowl could happen west of the Sacramento River in Colusa County due to this summer’s scorching heat and lack of moisture due to drought conditions.

Drought continues to plague the region for the third year with record-breaking heatwaves and disappearing water supplies. According to the US Department of Agriculture, more than half of California’s rice fields — between 300,000 of the 550,000 reported acreage — are now estimated to be left entirely barren without harvest. As drought endures for a third year with record-breaking temperatures and diminishing water supplies, more than half of California’s rice fields are estimated to be barren without harvest — about 300,000 out of the 550,000 or so in reported acres, provisional data from the US Department of Agriculture shows. Rice is estimated to account for 2% of the total planted acreage across the state this year.

The Sacramento River Valley is among the top producers of rice, which are second to the Grand Prairie in Arkansas. Rice crops make up more than $5 billion a year in revenue and tens of thousands of jobs in California, according to the California Rice Commission. A lot of the rice used for the sushi consumed in the United States is grown here.

This reduction in rice acreage will amount to an estimated $500 million in lost revenue. However, according to Agricultural economist Aaron Smith with UC Davis, roughly 40% of it will be covered by federal crop insurance.

However, not all rice production is lost to the wastelands. In Butte County, just east of Colusa County, lush green fields can still be seen from satellite imagery courtesy of the European Space Agency’s (ESA) Sentinel satellite. Butte County farmers planted slightly more acres of rice than last year and had access to better groundwater resources.

“The difference is the water source,” said Luis Espino, a farm advisor at UC ANR’s cooperative extension in Butte. Farmers on the east side depend on Lake Oroville for their water supply, which was able to collect more water than Shasta Lake, which the west side (including Colusa County) is dependent on. The current water storage on the west side is less than half of where it was last year, whereas the current storage is less than half of the average storage for this time of year.

“Crop insurance won’t last forever,” said Kurt Richter. There are limits to how much money can be claimed. His family is now considering planting non-rice winter crops to compensate for some of the loss and conducting research trials to determine how to grow rice with less water.

If this drought continues for another year, Richter worries that the water source will ultimately run dry, leaving none for future harvests for anyone. “When there’s no water to haggle over, then what? I don’t think anyone knows,” he said.

We are living in times of uncertainty for sure, and this is just another sign of the times.

As India restricts exports, a view of California’s rice fields:https://t.co/WsKmPj4mHe