Theater of Pain for Fan at Motley Crue Show 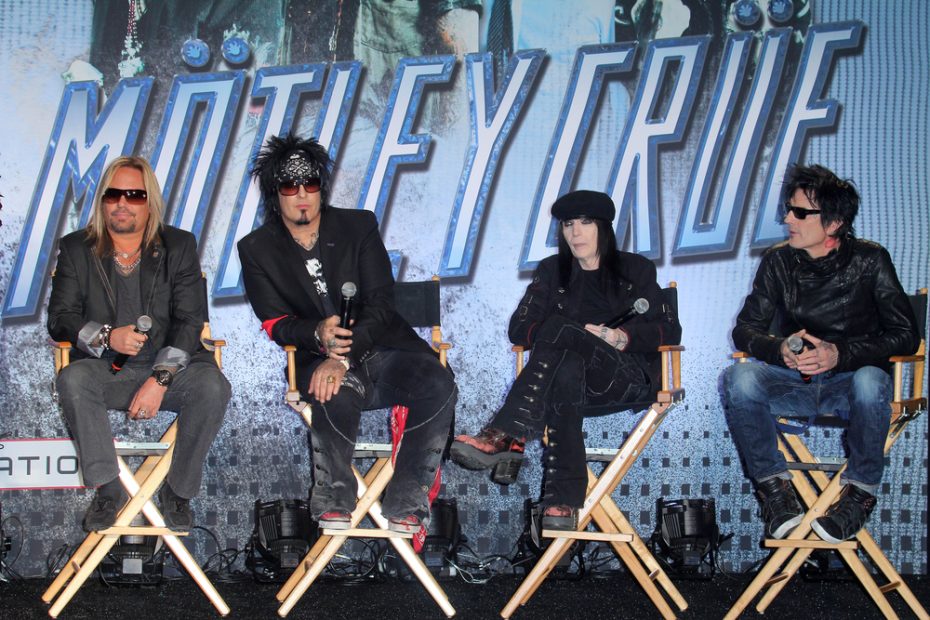 It’s been a great summer of concerts! Even Ticketmaster and their predatory practices haven’t ruined my summer.

Some legends finally got back on the road after over two years of Covid delays. In fact, just a few short months ago, many were skeptical that the concert scene would ever rebound.

Well, they were wrong big time. 2022 has seen strong attendance and a surge in artists both big and small getting back on the road.

Of course, with people finally getting back out to see live music, I have seen more than the usual share of bad behavior thus far this summer. Everything from more fights to excessive drunkenness, more people are acting the fool than ever before.

Now, to be fair I like a frosty beverage at a show depending on where I am in relation to the stage. if I have a seat then the party is on. If I am in a pit or holding down a rail, I don’t drink. Too many bathroom breaks and too hard to get back to the rail. Just not worth it.

Perhaps the biggest, most anticipated show of my concert season has been the Motley Crue/Poison/Def Leppard tour. Being a child of the 80’s, the chance to see these icons again, and in Motley Crue’s case probably one last time was too much to pass up. I bought my ticket in 2020.

What I’ve never understood however, is drinking yourself to the point you can’t remember the show you paid big bucks to see!

A scary incident, likely from too much booze happened at the Crue concert in Indianapolis recently. Let’s rock over to Outkick for the details:

According to the Indianapolis Star, a man fell from an upper level during the show. “An intoxicated male stumbled over the railing at Lucas Oil Stadium and was transported to Eskenazi Hospital in stable condition,” the police report reads.

The man’s fall happened at around 10 pm, about a half hour or so after Motley Crue took the stage for their headlining set.

Motley Crue is known for their wild antics…but things really got out of control at their Indianapolis concert Tuesday night. https://t.co/nMmemcg0nN

Oof, talk about your “Theater of Pain”! Anyone ever been in the upper section of any of these fancy new NFL stadiums like Lucas Oil? I have. That can be a long way down.

Now, Motley Crue is old. Lead singer Vince Neil has struggled remembering lyrics, with his weight, and with his voice on some of the stops. He was good in Cincinnati when I saw him in July, but based on some video I have seen, he can be really bad. Maybe dude had just heard enough and decided his ears couldn’t take anymore so he took a shortcut out. Probably not, but I’d rather say I jumped than I got drunk and fell over the rail.

“We seen a figure, at first we didn’t think it was a person, we thought it, you know, they had been tossing volleyballs and different stuff around the crowd,” concert-goer Steven Neeley told WTHR 13News.

“But when you heard the thud twice, then we knew it was a person. You could hear the audible gasps over the music playing.”

Those must have been some loud gasps, because that show was loud as hell outside, I can only imagine the hearing damage inflicted in a dome.

“It was dark, so you couldn’t really see who it was, but you see this full-size body come over and start flipping and when he hit the ground, almost everybody was in shock,” Earlywine said. “Nobody really moved for at least 20 seconds. They were just trying to figure out what just happened.”

Yea, definitely not a volleyball. I’ve never witnessed anything insane like that in person, and I have no idea how I would react if I did. I’m sure I would help, if not be slightly annoyed because it was interrupting the show. Hey, I’m not perfect!

The airborne concert goer was awake and breathing when paramedics arrived, presumably to take him to see Dr Feelgood. Good news, as we should all reasonable expect to outlive Motley Crue.