The Woke Mob Is ‘Poisoning’ Our Kids With This 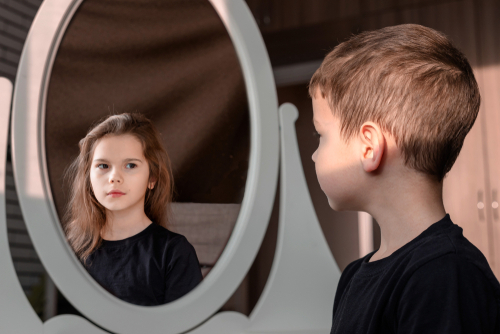 This contemporary gender ideology that has become the new trend in the United States is doing more harm than good. According to reports, the way many people and groups have taken it up has only left several children confused and several lives altered.

The promotion of this gender choice movement has undoubtedly left more people confused, compared to when it never existed. Now minors have started visiting institutions that allow them to make this gender change decision without consent from their guardians or proper consultation.

Many schools, health care centers, and even nonprofit organizations have continuously promoted this idea of alternative sexual identities among children. They have painted a picture of how children can be anything they want in their imaginative minds and even encouraged them to watch the other gender to see if they would like it more than their biological gender.

Trans have the highest suicide rate of any demographic. Also over 60% regret their transition in the future.

Instead of trying to coddle the mental illness that leads to transitioning by nerfing society, we should try and help them have strong boundaries as children and adults.

Pro-transgender activists have disagreed with this as they have claimed that they are already a victimized minority group and that resisting their doctrines is only making them more victimized and vulnerable.

An article released by the NPR in May warned that “Transgender and nonbinary youth have considered suicide at higher rates than other LGBTQ youth.” Another article from the media also reported that “Children and teens who do not identify with their assigned gender can face higher rates of depression, suicide and self-harm than other kids.”

Schools and hospitals that partake in the act of hiding the gender identity of trans children have also justified their illegal actions. They claim they have a right to protect children from parents who might harm them, forgetting that they are breaking laws.

However, what if this is the actual problem? Suppose children are left alone to be children and not worry about gender identity. In that case, it is valid to think that every child would not be considering changing their biological identities and even contemplating suicide because of this.

Seeing how the pre-transgender movement has been promoted of recent, the number of children and youths who have changed their gender identity has continuously increased, tripling in just a few years.

It is believed even constitutionally that children, even up to the age of 20 in some countries, are not capable of making some decisions for themselves, especially decisions that can be life-changing or altering in some cases. However, the activists have shown that they do not really care much about how this choice might affect the children in the future.

Statistics also show that many people who have changed their gender identity from childhood have regretted such actions but have to live with them. Regardless, the pre-trans activists are still continuously preaching to children that they have a right to do whatever they want at their age.

John S. Grabowski, in his new book “Unraveling Gender: The Battle Over Sexual Difference”, noted that for ­post-­operative transgender people, the rate of psychiatric ­hospitalization is three times higher than for control groups and that the suicide rate is 19 times higher for them. This is a group of people that have supposedly taken a decision to make them happier and more comfortable in their skin.

Several other studies and reports by knowledgeable people have pointed out facts to expose the guilty side of this increased suicide rate for the world to see. Some have proved that trans identification among youths is possible to be socially contagious. Others have proved that the suicide risk among children who identify as trans is less than or comparable to that of other at-risk youth groups. Regardless, all have given a reason why this particular group is more suicidal, yet still on the increase.

People who blindly support this movement can see these statistics and evidence proving that the trans ideology is harmful to the children and not the resistance by the general public but have chosen to ignore it. The pre-trans activists have accused the public of the reason for the increasing self-harm rate in their society, but the best option here is to read between the lines and call a spade what it is.