The Incredible Shrinking Economy: We Should Be Concerned 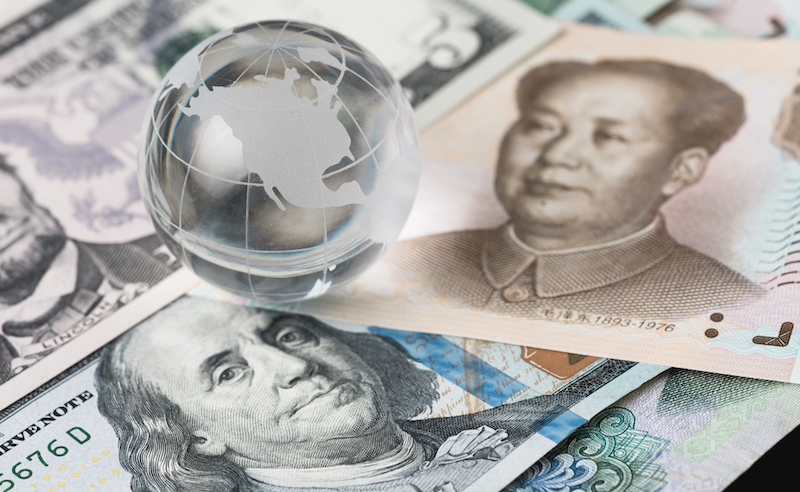 Wednesday evening Joe Biden blatantly lied to the American People by stating that we were not entering a recession. Joe Biden fails to realize that most Americans know we are already there.

IT’S OFFICIAL! U.S Economy now in RECESSION! People actually hated us for telling them this would happen. By the way, no American president has been re-elected after a recession, since FDR. But who’s talking re-election with Biden? Question is, will America survive another year? pic.twitter.com/THgCIJ95OJ

The American GDP dropped another 0.9% at the end of the second quarter, which would commonly mark a recession.

“The U.S. economy is slowing at a significant rate,” tweeted economist Mohamed El-Erian shortly after the numbers were published. “Add the 8.7% price change in today’s data, and the bottom line is clear: Deepening stagflation and flashing red recession risk.”

The decline in GDP reflected declines in the inventory of goods (-2.01 percent), residential investment (-0.71 percent), and government spending (-0.33 percent). However, imports (+1.43 percent) and consumer spending (+0.7 percent) offset the number.

The decline in trade is responsible for the drop in inventory numbers, primarily in general merchandise stores and motor vehicle dealers. The decrease in government spending was due to a reduction in non-defense spending, mainly due to the sale of crude oil from the Strategic Petroleum Reserve (SPR).

WASHINGTON D.C. – On Tuesday, the US Department of Energy (DOE) announced the fifth Notice of Sale of 20 million bbl of crude oil from the Strategic Petroleum Reserve (SPR).

According to a press release, the Notice of Sale is part of Presidenthttps://t.co/PxnCImZMLO pic.twitter.com/JkaCQmLjfm

Although there seems to be an increase in consumer spending, the spending on durable and non-durable goods is declining due to skyrocketing prices at grocery stores.

“Consumer sentiment is close to a record low as inflation erodes wages. The housing market is crumbling due to a doubling in mortgage rates. And our exporters are facing strong headwinds due to a strong dollar and economic troubles in Europe, China, and the emerging market economies,” said Desmond Lachman, economist and senior fellow at the American Enterprise Institute.

How is a recession generally defined? Economists and financial analysts will look for declining GDP for two quarters in a row, which we have just witnessed. However, The White House Council of Economic Advisers challenges this definition and cites the official definition in a recent blog.

According to the White House’s interpretation, recessions should be determined and “based on a holistic look at the data” by taking into account the labor market, consumer and business spending, industrial production, and earnings, as opposed to economic growth data in just two quarters. That is not how it typically works.

The White House has been criticized the past week for downplaying the situation and lying to the American people.

“Two negative quarters of GDP growth is not the technical definition of recession,” said Brian Deese, adviser of the National Economic Council (NEC). “The most important question economically is whether working people and middle-class families have more breathing room.” The truth is, we don’t, and the situation grows dire with each passing day for struggling middle-class Americans.

Americans are suffering from Biden's disastrous economic agenda while the Far Left wants to raise taxes to fund their reckless spending. Americans need relief, not a Democrat-imposed tax hike. Together we can fight the Far Left’s disastrous policies. pic.twitter.com/ObAcmTLKvi