The ANTI-Rapinoe: Womans Pro Soccer Player Benched for Her Beliefs! 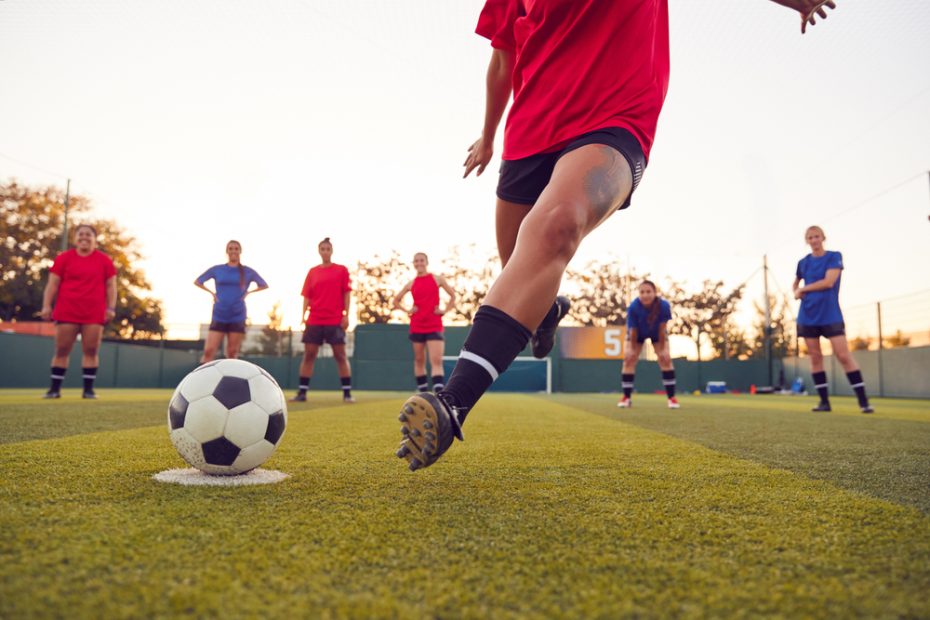 I’m going to admit it. I didn’t know there was a women’s professional soccer league. Yep, had no idea. Probably because ESPN doesn’t shove it in our faces constantly like they do the failed experiment known as the WNBA.

To be honest, I’d be more likely to tune in for women’s pro soccer than the WNBA. And I hate soccer! That tells you what I think about girls’ basketball. Yuck.

Does this seem like a recurring storyline? Athlete refuses to wear nonstandard gear. Specifically, gear that DIRECTLY conflicts with their beliefs. Well, it should. We are inundated with political messages from the world of sports. From BML, to “hands up, don’t shoot” (which was a lie), to pride apparel, it seems like it never stops.

Small wonder most professional sports leagues outside of the NFL, which is too big to fail, are foundering and losing money. People are sick of it.

Turns out, many of the athletes are sick of it too. Check out how one professional soccer player got punished for not bowing a knee to the woke agenda. Here’s the details from Outkick:

Jaelene Daniels, a defender for the NC Courage in the National Women’s Soccer League (NWSL), was not on the field Friday night as the team celebrated “Pride Night.”

Daniels is a devout Christian whose Twitter bio reads, “Defender for the North Carolina Courage • If you live for people’s acceptance, you’ll die from their rejection. • Colossians 3:23”

It’s ironic that Daniels plays for a team named “Courage”, no? It took an exceptional display of courage to stand by her religious beliefs and refuse to celebrate a lifestyle that flies directly in the face of what she believes.

Sadly, courage is not a strong suit of the left. Rather, they seem to be better at bullying and throwing tantrums like petulant children.

Because of her beliefs, she refused to wear a “Pride” jersey that included a rainbow number on the backs of the players’ uniforms.

It’s not the first time Daniels has refused to play for a team trying to force LGBTQ ideals on her. Back in 2018, Daniels (then Jaelene Hinkle) refused a call-up to the US Women’s National Team because she would have to wear a “Pride” jersey.

It should be ok to opt out of things like this. No one should be forced to celebrate a lifestyle that they don’t believe in!

On the topic of celebration, why do things have to be celebrated? We have gone from tolerance, to acceptance, to forced celebration, and if we act like we aren’t one hundred percent on board, then we are vilified.

At least people like us, non-public figures, can dissent without being dragged on social media, which predictable Daniels was.

Performative bullshit. If you actually support pride and all who it represents, you will kick @jaelenedaniels homophobic ass off your team https://t.co/BiTO9Y09g6

Is there anyone in soccer/football more vile than @jaelenedaniels? There isn’t place for homophobia in a sport that claims equality. This isn’t the first time & it’s time someone stepped up to ensure she doesn’t play another minute for any club. We don’t want homophobia in sport

The left will push us until we push back. Metaphorically, of course, as we let the left be the party of violence, while we are the party of science and rationality.

Such vile, hypocritical people. If someone doesn’t feel comfortable wearing a pride jersey, then they don’t wear a pride jersey. Period. Anything else is bullying, which unfortunately is also a hallmark of the left.

Well folks, the time for bullying is over. We can be tolerant, and even accepting. We can love our neighbor, but we don’t have to settle for being browbeaten into celebration. Kudos to yet another brave athlete willing to take a stand for her principles. Her name is Jaelene Daniels, and she just might make this guy a soccer fan.