The 14 Senators who Advanced the New Gun Reform Legislation 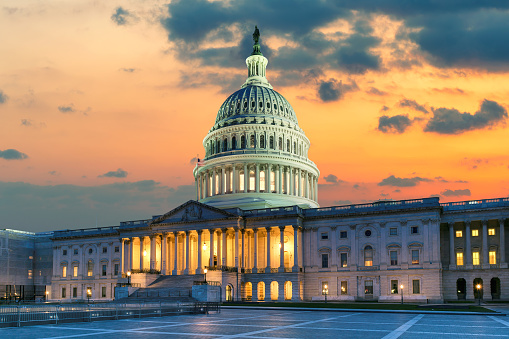 Fourteen House Republicans voted with all Democrats to pass a gun safety bill on Friday, sending the measure to President Biden’s desk to be signed into law.

NEW: The House passes the bipartisan gun-safety legislation, the most significant move on gun control in 30 years, sending it to Biden to be signed into law https://t.co/hkPsyrOc5T

The final vote was 234-193, with three Republicans not voting. The legislation passed in a bipartisan vote on Thursday and will enhance background checks for potential gun buyers between the ages of 18 and 21, close the so-called “boyfriend loophole,” crack down on firearm trafficking, and allocate money to states to administer red flag laws, among other provisions.

President Biden said that he planned to sign this measure into law after the framework was released by Senate negotiators.

Law makers were pressed to pass gun legislation after the mass shooting in Uvalde, TX, which killed 19 students and 2 adults, and the shooting in Buffalo, NY, where a gunman shot and killed 10 individuals in a grocery store.

Kinzinger, Katko, Upton, Gonzalez and Jacobs are not seeking reelection this year, and Rice just lost his bid for another term.

Liz Cheney, who is perhaps the most surprising of the 14 to support this legislation, said in a statement that she believed the measure would protect children and curb violence without undermining 2nd Amendment rights.

“As a mother and a constitutional conservative, I’m proud to support this sensible bill that will protect our children and limit violence without infringing on law-abiding citizens’ Second Amendment rights,” Cheney said. “Nothing in the bill restricts the rights of responsible gun owners. Period. I will always protect the Second Amendment. This legislation recognizes the importance of that right while making our schools safer, providing more tools for law enforcement, and expanding funding for mental health resources which is why I voted for it.”

Cheney’s challenger, Harriet Hageman, who is being endorsed by Donald Trump, doesn’t believe that Cheney represents the values of the people of Wyoming, one of the reddest states in the union.

“Whatever Liz Cheney is doing with our only House seat, she certainly isn’t using it to represent the views and values of the people of Wyoming,” Hageman said. “The lawful possession of firearms for hunting and self-defense is an integral part of our DNA in this state, and we don’t want our constitutional rights negotiated away. We all agree that mental health is an important issue that needs to be addressed, but we should not limit the rights of law-abiding citizens. Red flag laws, for example, can be easily abused to deny legal gun ownership to responsible citizens, including even members of the military. I would most certainly have voted against this bill.”

Many are questioning the motives behind the 14 GOP senators who voted with Democrats on this legislation. Senator Rick Scott of Florida has been questioned for his non-support of the legislation, which was compared to the legislation he signed as governor of Florida in the wake of the Parkland shooting.

“Over the last two weeks, I’ve seen many people compare the bill being considered in the Senate to what we did in Florida. These bills are not the same at all,” Scott said.

“One was the product of a collaborative, well-defined and transparent process. The other was the result of secret backroom dealings that did not include input from the majority of Republican members, committee hearings, nor opportunities for amendments, giving members barely an hour to read the bill before we were asked to vote on it”.