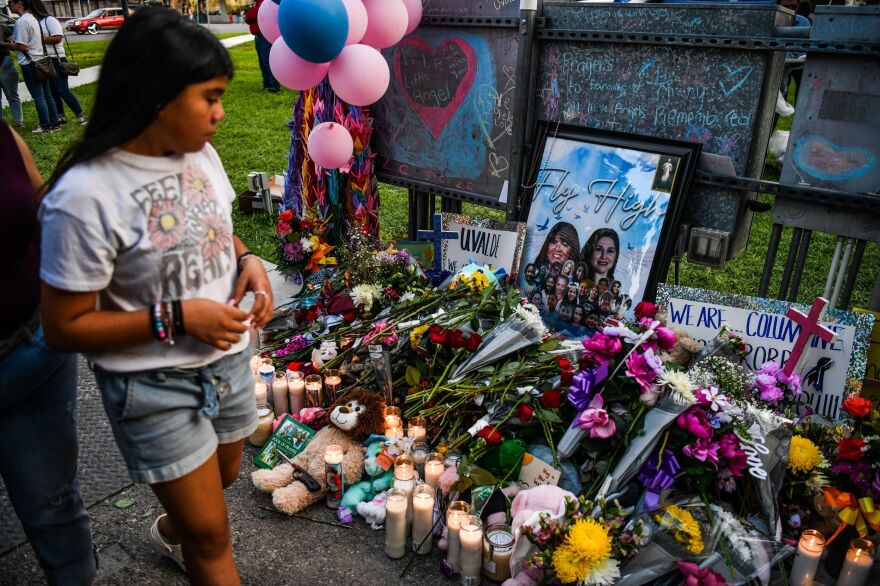 Never has miscommunication at this level led to a mass shooting, taking the lives of 21 people in last week’s shooting in Uvalde, TX.

Last week, when asked about the response time discrepancy, Uvalde’s Local response commander said that he had believed the shooting had stopped and that the gunman had barricaded himself inside the school. Meanwhile, the shooting inside continued. The police did not respond in a timely manner by trying to stop the shooter because they were waiting for backup and equipment, said Steven McCraw, the Director of the Texas Department of Public Safety. But we now know that while the police were outside the building waiting for backup, students were trapped with the 18-year-old gunman while they tried to call 911 for help.

Amerie Jo Garza, a fourth-grade student at Robb Elementary School, was one of the first casualties in the May 24 shooting in Uvalde, Texas. https://t.co/lY9MS93E67

By the time a team of federal officers arrived on the scene, they had to ask a janitor for keys to gain access into the classrooms, at which time an hour had already passed since the gunman entered the building. “That was a mistake,” said McCraw at a press conference on Friday. “From the benefit of hindsight, where I’m sitting now, of course, it was not the right decision,” McCraw stated. “It was the wrong decision, period. There’s no excuse for that.”

Governor Abbott has stated that he was misled about the response time, saying that he was reciting what he had been told happened. “I am livid about what happened,” Abbott said. The governor also noted the FBI and Texas Rangers will be looking into this thoroughly and will get to the bottom of why this happened.

Another disturbing detail about that day that has come to light is that just seconds before the gunman opened fire, he entered the school through a backdoor that a teacher had opened. According to McCraw, an officer who is employed by the school district had responded to a call about an armed man near the school grounds, but then he drove passed him while he was kneeling down, then mistaking a teacher for the shooter. After an hour of the shooter being locked inside, a student can be heard on 911 calls begging for help.

The United States Department of Justice (DOJ) is now investigating what happened in Uvalde, where they will conduct a thorough review of the police response time. In a statement, DOJ Spokesman Anthony Coley said, “The goal of the review is to provide an independent account of law enforcement actions and responses that day, and to identify lessons learned and best practices to help first responders prepare for and respond to active shooter events.”

Department of Justice will conduct a review. An independent review of the police response. pic.twitter.com/ihfn4WOanQ

In Uvalde, TX, law enforcement is under fierce criticism for their response debacle, which left 19 children and two adults dead. It took law enforcement an hour to finally take the gunman down.

The request to have the DOJ investigate what happened was done at the behest of Uvalde’s mayor, Don McLaughlin. Others have also weighed in on the situation this weekend, including Dan Crenshaw (R) on CNN’s State of the union.

“I think what needs to change is the things that would have the most immediate and succinct effect — and tangible effect on these things — and that’s actual security at a school.” Crenshaw continued, “A lot of these policies that I think the Democrats often propose that are gun control policies, they do two things. One, they infringe on the rights of millions and millions of gun owners. And two, they probably wouldn’t have the outcome that you’re hoping for.”