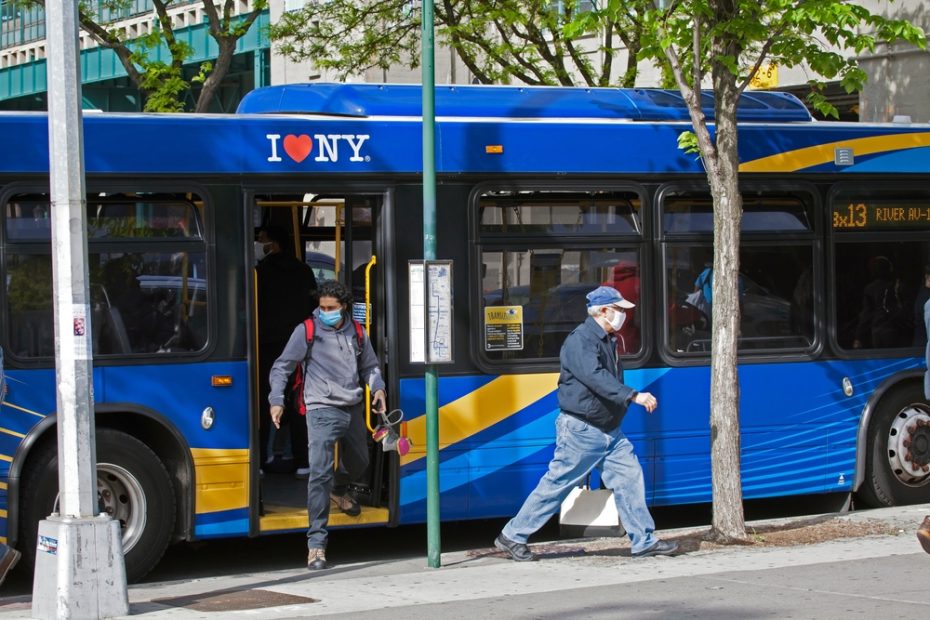 A grandmother of five was viciously assaulted by two teenaged girls in what’s being called an “anti-white” attack on an MTA bus earlier this month in New York City.  The two teens, 15 and 16, will be charged with a hate crime in addition to the assault and aggravated harassment charges, and police are still searching for a third suspect.

The 57-year-old victim, Jill LeCroix, was bloodied enough to require three staples to her head, according to the police report.  While LeCroix was riding the bus three female assailants approached her and struck her on the head with an unknown object, causing bleeding, while making anti-white statements, according to police as reported by Breitbart. In an interview with The New York Post, LeCroix said that the three suspects accused her of being a supporter of President Donald Trump while one of them told her she is “gangsta” and that she would bury LeCroix in the cemetery the bus passed along the route.

“Before they hit me, the girl with the green hair said, ‘You probably like Trump! Don’t you?’ LeCroix recalled. “I said, ‘I love him.’ I didn’t see which one hit me first.”

“The one with the green hair, she was saying she hates white people, the way they talk, hates white skin, the way their skin cracks. Saying she was gangsta,” said the bartender [LeCroix], who was headed to visit her mother at the time.

LeCroix pointed out that she was the only white person on the bus at the time and was targeted because of it. In an odd twist, one of the assailants threated LeCroix with an item from Bath and Body Works she had in her bag

“She had a bag from Bath and Body Works, and she took out a scrub and said she was going to beat me with it. It was tangerine,” LeCroix said. “She said, ‘You’re going to get what you deserve! All white people are going to get what they deserve.’ It was crazy.”

This attack on LeCroix is just the latest in a series of bus and subway attacks plaguing New York City.

Last month a deranged panhandler stabbed and slashed a tour bus driver with a razor blade in the Broadway area of Manhattan. The man initially fled the scene, but police caught up with him and he was arrested. Also, in June a man riding the subway was slashed in the back after an argument with another man, the cause of which is unknown. The assailant in that attack is still on the loose.

And June continued to be a bloody month for Gotham as another bus driver was stabbed in the stomach and slashed in the eye by a passenger who was angry the driver did not allow him to get on the bus between stops. The assailant then forced his way through the back door and then attacked the driver, first spitting at him, then stabbing him.

It’s sad to see how this once illustrious city has devolved into a crime-ridden hellhole, the Big Apple becoming a rotten one.