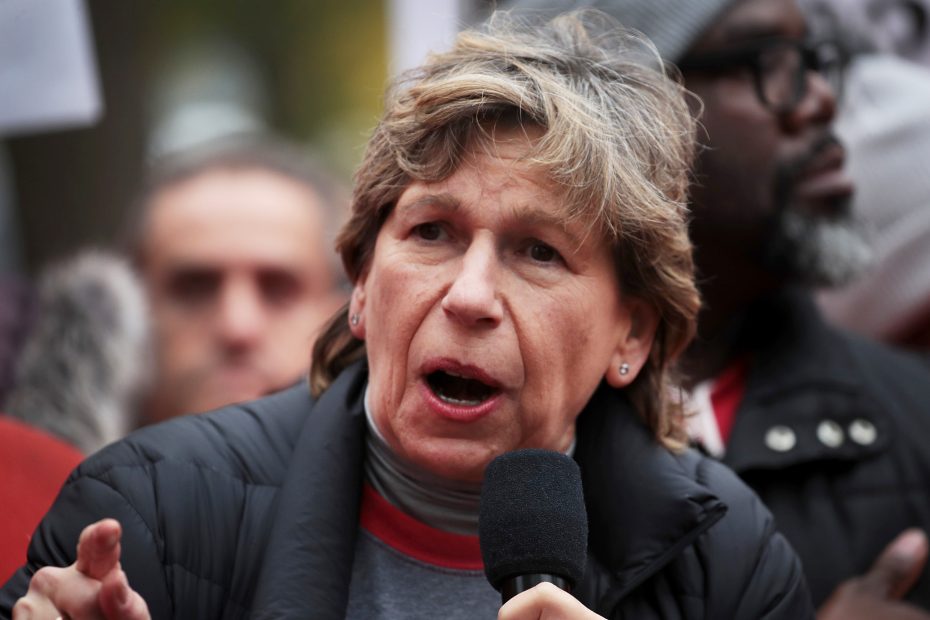 The president of the United Federation of Teachers union has finally admitted nearly three years after the pandemic started that school closure policies negatively impacted children during the COVID-19 pandemic.

In a live interview on Yahoo Finance Live, Randi Weingarten planned to discuss contributing factors to teacher shortages across the United States. Still, during the discussion, Weingarten said, “you have all of the pandemic stress and strain … kids are coming in with greater needs due to two years of disruption.” Well, it only took you two years to figure it out.

The Centers for Disease Control and Prevention (CDC) policy to keep schools closed was actually due to Weingarten and other union leaders “bullying the CDC into changing scientific guidance,” that is according to the Americans for Public Trust. The AFT was granted the right to provide last-minute input on the CDC school reopening guidance and met with them multiple times throughout the pandemic, so the decision to keep the schools closed, which has hurt the educational development of school-aged children, was made by the same people who are now saying the schools should have remained open.

"…kids are coming in with greater needs because of 2 years of disruption." pic.twitter.com/Dd2QfuopD1

Of course, it should be known that Weingarten was paid almost $450,000 between 2021 and 2022 while she continued pushing for schools to remain closed, which is more than seven times the average salary of a high school teacher. However, during Weingarten’s interview with Yahoo, she maintained that the teacher shortage results from retirements, higher pay in non-teaching jobs, and pandemic burnout.

When asked about the school teacher salary issue, she avoided answering the question entirely.

“It’s not a simple solution,” Weingarten said, adding that there are “obvious remedies, some of which don’t cost a dime and some of which cost money, which is- and the money is there from the Biden administration for doing stuff certainly in the short run.”

She then went on to suggest that schools lower class sizes but neither of her answers explained how to achieve this without hiring more teachers, and it certainly didn’t clarify what she meant by “stuff.”

In New York, California, and Delaware, the mandates continue to be extended to small children, but the adults, who are at more risk of getting Covid and spreading it, can go mask-free. This is madness and the opposite of how it should be.

“Amazing that she blames everybody but herself” for teacher shortages, said author Douglas Murray in an interview for Fox News.

“Randi’s legacy is one of failure, is one of harming kids, and is one of working against the interest of parents,” Manhattan Institute fellow Christopher Rufo said back in May of this year. “She should immediately resign and enroll in a remedial English and grammar course.”

Thank goodness, Weingarten’s influence seems to be waning, even in Democrat-run states, where teachers — and parents– are starting to push back against the madness — but it’s still evident in big-city school districts, where it seems masks might be in order for a long time to come,  and of course, the CDC itself.

CDC gives another example of failure of experts. For over 2 yrs, it insisted on behaviors it now admits didn't make a diff then or now. Some caused harm like AFT pres Randi Weingarten dictating CDC school closure policy.