Take This Cereal off Your Brunch Menu! 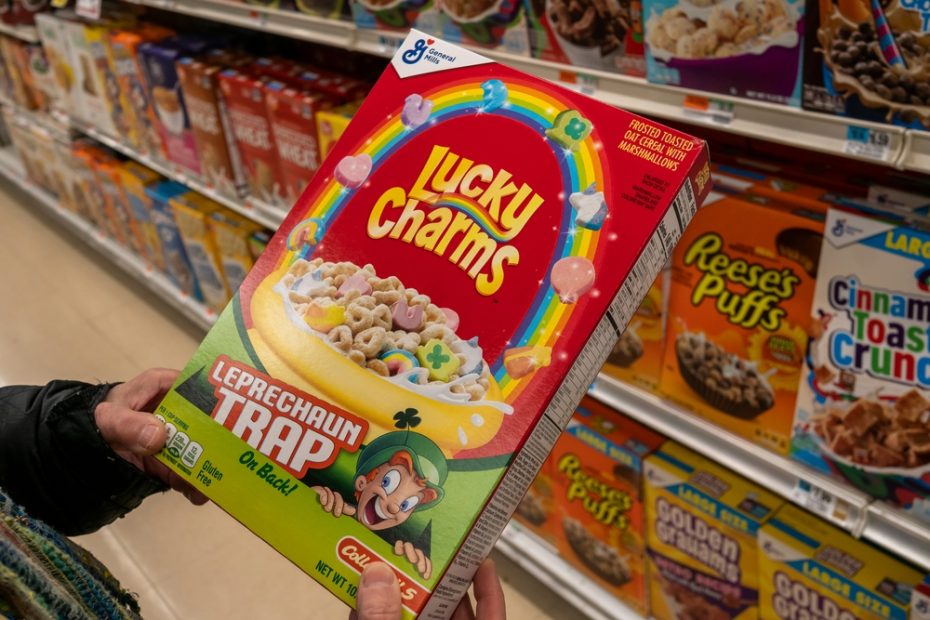 I’m a connoisseur of breakfast cereals. Always have been. As a kid and teen, it wasn’t unusual for me to go through three or four boxes a week. I even had a special spoon and bowl JUST for cereal that no one was allowed to use or touch. (I’m weird). If I’m being honest, I still have the bowl at age 55, even though my cereal days are mostly behind me. Damn you lactose!

I was always a fan of the sweetened cereals, big surprise! Fruity Pebbles, Coco Pebbles (Coco Puffs were trash, not sorry), Captain Crunch with Crunch Berries, those were my jam all day, every day!

The bland offerings like Rice Krispies, Raisin Bran, Corn Flakes, and Cheerios didn’t move my needle. Speaking of Cheerios, check this out from the New York Post:

Another breakfast staple is being blamed for causing upset stomachs — leading to plenty of belly-aching.

Cheerios cereal could be making consumers vomit and giving them diarrhea, according to a growing number of complaints funneling into iwaspoisoned.com, a platform that tracks food-borne illnesses.

Interesting web site. Vomiting and diarrhea aren’t on my brunch menu, that is unless chicken and waffles are on the menu as well, then it’s a crapshoot.

What is General Mills up to? Lets see.

The new reports involving Cheerios come on the heels of a massive outbreak involving Lucky Charms, which has allegedly sickened more than 8,000 consumers over the past year, according to the website and sparked an investigation by the Food and Drug Administration.

Both cereals are made by General Mills.

[UN]LUCKY CHARMS? 👀 Consumers are alleging that a popular breakfast cereal is making them sick.

Wow! Who would’ve thought a cereal that is laden with dried marshmallows would make people sick? I guess I’m referring to a different kind of sick, but I can one hundred percent affirm that on the super rare occasions I have Lucky Charms, I experience soul crushing gastrointestinal distress. I just thought it was my wonky disposition. Turns out it was that damn leprechaun all along.

“We do not have an update on the ongoing Lucky Charms investigation,” the agency told The Post on Thursday. “The FDA continues to take seriously any reports of possible adulteration of a food that may also cause illnesses or injury. As we continue reviewing and investigating these reports, we will provide updates as they become available.”

Complaints about Cheerios, which have 20 different varieties, cropped up this year from all regions of the country and spiked in April when 100 people reported their bouts of illness — along with their disbelief that a dry cereal that many of them have been eating since it hit the shelves in 1941 could make them sick, according to iwaspoisoned.com.

Maybe General Mills should change the name to Honey “Not” Cheerios? No?

On the subject of the “Lucky Charms investigation”, perhaps they need to finally replace those two kids from the commercials. They were NEVER able to get Lucky the leprechaun’s Lucky Charms. Amateurs.

I’d suggest the Biden administration take this matter up promptly, but my understanding is old Joe is a Cream of Wheat guy as it’s easier to chew and he likes the racist packaging.

Either way, I’d suggest eschewing General Mills cereals from your daily diet, unless you like the chicken and waffles effect. If that’s the case, go for it weirdo.

Lucky the Leprechaun could not be reached for comment.