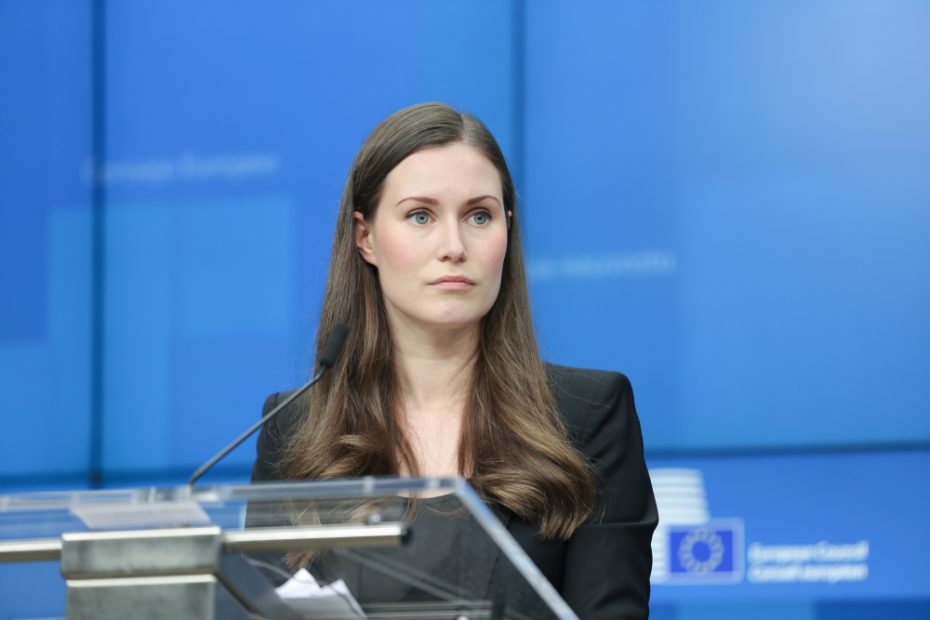 Anyone ever have a few too many? You know, you are out with friends, one thing (drink) leads to another, and next thing you know you are doing magic tricks, singing karaoke, and dancing like no one is watching?

Of course you have! Except EVERYONE is watching, and probably judging just a little if we are being honest.

It’s too bad, it really is. We should all be able to cut loose from time to time and blow off steam! You know what happens to steam when it doesn’t get blown off? Yea, it blows!

Recently Finnish Prime Minister Sanna Marin was videoed (of course) partying hard and had to answer her critics that were accusing her of partying more than ruling. Hey at least she isn’t stumbling over the teleprompter and falling off bikes!

Let’s get the results from Outkick:

Sorry for partying, but I’m clean, Finnish Prime Minister Sanna Marin told her critics last week as called on the pol to prove she’s not on drugs.

According to Reuters, Marin’s drug test, which was conducted Friday, says she’s…NEGATIVE.

“I have a family life, I have a work life and I have free time to spend with my friends. Pretty much the same as many people my age,” Marin said last week as her critics continued their attacks after a social media post was leaked.

Finland’s Prime Minister @MarinSanna is in the headlines after a video of her partying was leaked today.

She has previously been criticized for attending too many music festivals & spending too much on partying instead of ruling.

The critics say it’s not fitting for a PM. pic.twitter.com/FbOhdTeEGw

Sweet vindication! Since when is it against the law to bust a move? This isn’t Footloose is it? Has John Lithgow banned dancing in Finland? I don’t think so.

Of course, it plays a part that Sanna Marin is a bonafide hottie. You don’t get that too often in government, so when you do and someone like Marin is spotted, gasp, having fun the prudes in the media boo and hiss her.

According to a Finnish government official, Marin, who reportedly paid for her own test, was checked for cocaine, amphetamines, cannabis and opioids.

That’s a pretty comprehensive drug test. Good thing they didn’t test for Bud Light and appletinis. Those probably would’ve shown up. They definitely show up in her dance moves.

If you’re wondering about U.S. politicians being drug tested, there’s a provision in the House rules that leadership could use, but, according to a 2019 RollCall report, no speaker has required members to take a test.

“Elected officials in Washington, D.C., should be subject to the same kind of random drug screenings that blue-collar, working-class Americans have to endure,” Louisiana Rep. Clay Higgins said that year.

Speaking of testing, this is a GREAT idea! Have you ever seen Grandma Vodka Pelosi speak? Sometimes it’s not what, so much as how much is in her system. In fact, if you want to clean up Washington and drain the swamp, let’s institute random drug testing.

Washington would clean up faster than Major League Baseball post Bonds and McGuire.

Just a nice thought. In the meantime, kudos to Sanna Marin for being a normal, down to Earth 36-year-old and acting like it.

Come to think of it, we have a 32-year-old we would like to trade. Think Finland would have any interest in AOC? Yea, me neither.