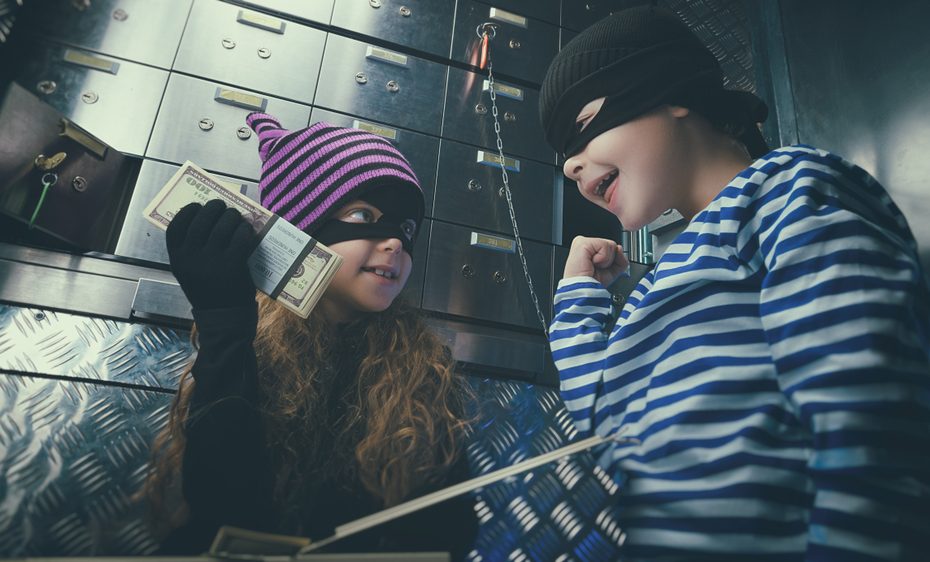 In another incident of a senseless crime, but this one with an unexpected perpetrator, a 12-year-old boy in Michigan robbed a gas station at gunpoint after having fired a warning shot, and the entire incident was captured on the station’s surveillance video.

Local news outlet WZZM reported that the hold-up occurred on an average Wednesday afternoon at a gas station in the city of Hartford in the southwestern part of the state near Lake Michigan. The boy waited in line and when it was his turn, took a handgun from his backpack and then pointed it at the surprised clerk named Jessica, ordering her to “Put the money in the bag.”

Jessica thought it was a joke at first, and asked if the boy was “serious,” to which he responded by aiming the gun at the ceiling and firing off a shot. She then went to the safe to retrieve a small money bag and tells the boy “Here, get out!” while placing the bag in the boy’s backpack.

The boy made off with thousands of dollars, police said.

Officers responded immediately, arriving at the Marathon gas station within 90 seconds of the call being made, and the boy was apprehended “without incident” down the street.

A couple of questions arise here. How did the boy get the gun? And why did he rob the gas station in the first place?

Initial reports indicate the gun belonged to the boy’s guardian, but it is unclear how he managed to obtain it as it had been locked in a safe or cabinet.  Another local news outlet WWMT reports that police said the child entered a code to get into a safe, but WOOD-TV, citing police, stated that he forced his way into a locked cabinet.

But what’s odd is that the boy told the police that he didn’t do it for the money. In fact, he gave no real reason why he committed the armed robbery in the first place.

Lt. Mike Price with Hartford Police Department (HPD) said that the unnamed boy showed no emotion during apprehension and said he would have thrown the money in the sewer. He added that the child had been at middle school earlier that day and allegedly spoke with a fellow student about which Hartford gas station was the most vulnerable security-wise, according to WZZM.

The middle school student faces six charges, including armed robbery, assault with a dangerous weapon, discharge of a firearm in a building, and three counts of felony firearm, according to WWMT. He is being held in a juvenile facility in Allegan County and is scheduled to make a juvenile court appearance this Thursday.