Stevie Nicks Weighs In on Guns, Shows Why Drugs Are Bad! 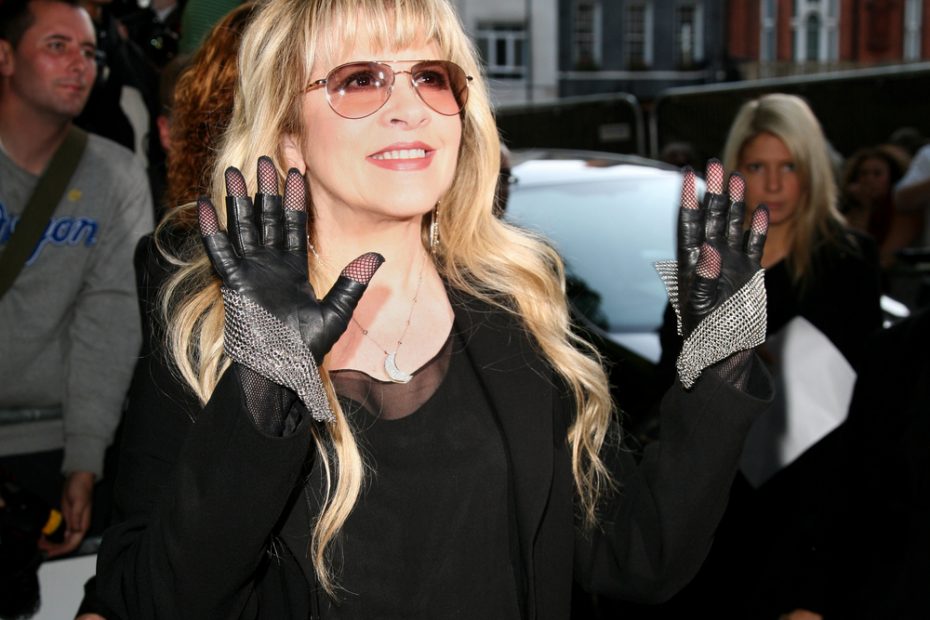 I love Fleetwood Mac. Part of the soundtrack of my youth. When Stevie Nicks would twirl around on the television with that long blonde hair flowing, well, it was a lot easier then to know whether you were a boy or girl apparently than it is now.

While Fleetwood Mac and Stevie Nicks are past their recording prime and well into their senior years, Nicks particularly is a respected voice in the industry.

That still doesn’t mean I won’t point out when she has ridiculous ideas and says silly things. That’s just my job.

What’s the story? According to Billboard.com:

“My hope for this country is that the lawmakers just find a way to make buying an assault rifle ~ more difficult,” the Fleetwood Mac singer wrote in a lengthy message posted to Twitter. “There is just no reason to have a gun that would disintegrate a deer~ or a small animal, if you are, indeed, an honorable hunter. When those guns go into the hands of obviously disturbed people, it gives them a sense of unbelievable power that they have never felt before. Power, used in a bad way, is the opposite of ‘power’ used in a good way. Once people have felt the power of those guns, they are never the same. They are addicted. And then there is no turning back.”

While I get the sentiment, some of that tweet is just dizzying in its absurdity. Of course, power used in a bad way is worse than power used in a good way. Stevie must’ve not had her morning coffee yet.

Firstly, you CAN actually hunt with an AR-style rifle, it just has to have the proper caliber of ammunition. It’s perfectly legal in most states to deer hunt with an AR. Now is it a good idea? Probably wouldn’t be if it actually disintegrated the deer!

I’ll admit I had a neat feeling the first time I fired a gun. I liked it. A lot. I don’t recall it as a sense of power, I just thought it was cool. Guess that means I’m not disturbed. At least too badly.

“Guns are not toys. Background checks are not that hard,” Stevie Nicks wrote.https://t.co/5sIGefL2Tz

I get her point, we should try to keep these guns out of the wrong hands, but that won’t be achieved by instituting laws. That is incumbent on a person’s friends, loved ones, etc to actually PAY ATTENTION. I have a couple of friends, and maybe a family member or two that I would ABSOLUTELY be concerned about if they were stockpiling weapons. Just pay attention. It might not stop all the potential shooters, but it would be more effective than gun laws that people will just skirt around.

She urged lawmakers to “make it really hard for them to get that gun,” adding, “No one is trying to take away guns from people who get them for a good reason. Guns are not toys. Background checks are not that hard.”

Guns are not toys, toys are toys. Pretty deep stuff. I appreciate the fact that Nicks doesn’t just make the dumb, blanket statements about making guns illegal and taking them away like many of the imbeciles, talking heads on the left do.

Stevie Nicks really has her heart in the right place on the matter, and that should be noted and appreciated. However, the nuances involved, especially where background checks are concerned, are a little more complicated than she realizes.

At any rate, thank you Stevie Nicks for at least trying to be reasonable, if not slightly misguided. I appreciate you not ruining Fleetwood Mac music for me by making a crazy, leftist stance.