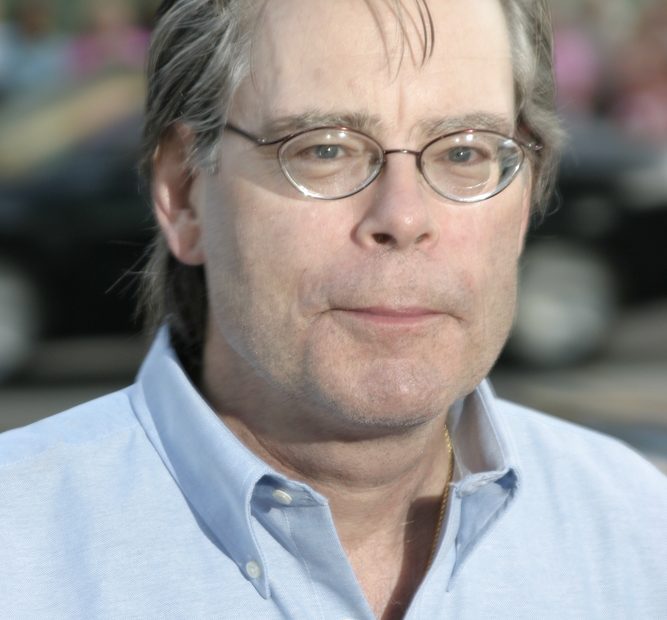 Legendary horror/fiction writer Stephen King has created many disturbing characters in his career. Pennywise terrorized my youth. Randall Flagg, the Dark Man from the novel “The Stand” haunted my dreams.

However, recently King wrote something more chilling, more horrifying than any work of his career.

What were these dark, sinister words? “I stand with Nina Jankowicz”.

Ok, now that everyone’s heart rate is up, and nerves are on edge, let’s ask the question on everyone’s mind. WHY?

Why would King support Jankowicz? Yes, King is a fiction writer, and Nina is one as well. Well, a least Jankowicz tells some tall tales.

Jankowicz has been heavily criticized for past statements she made regarding the notorious Hunter Biden laptop, which she described as Russian disinformation. The laptop’s contents — first reported on by The Post — have since been verified by the New York Times and Washington Post.

DHS Secretary Alejandro Mayorkas has said he was not familiar with Jankowicz’s previous statements, though the Biden administration has defended her in recent weeks, with the White House insisting she has “extensive qualifications” for the role.

Based on the disinformation spread by this White House, they certainly are qualified to speak on what it takes to be information czar.

“[B]ut even if she weren’t, even if she were phenomenal, what kind of person proudly stands with the head of a Disinformation Board inside the Department of Homeland Security?” he tweeted.

Several other social media users cracked that it made sense that King would support Jankowicz due to his profession as a fiction writer, while others said they would never read one of his novels again.

It’s fair to say that Stephen King has suffered from Trump derangement syndrome since at least 2016, so I suppose maybe we can give him a pass based on his condition?

After all, when a figure as bombastic and visible as Donald Trump lives rent free in your head 24/7, like he clearly does Stephen King’s, not only does it inhibit your ability to think clearly, but also your ability to make sound decisions.

King has spent the better part of the last 4+ years writing mean tweets directed toward Trump and his followers, rather than doing anything constructive. You know, like writing something that DOESN’T suck.

I suppose I can give King a break on this one. Maybe Czarina Nina will do the job of misinformation czar honorably, with a fair and balanced eye for the truth.

Just how bad was the $3.8 million debut of #Firestarter? To put it in perspective, the original 1984 film had a bigger start — not adjusted for inflation — grossing $4.7 million. https://t.co/kY9IOCOERv pic.twitter.com/90RoCUH3j7

And maybe the reboot of “Firestarter” will win an Academy Award. In 2022 America, anything is possible.