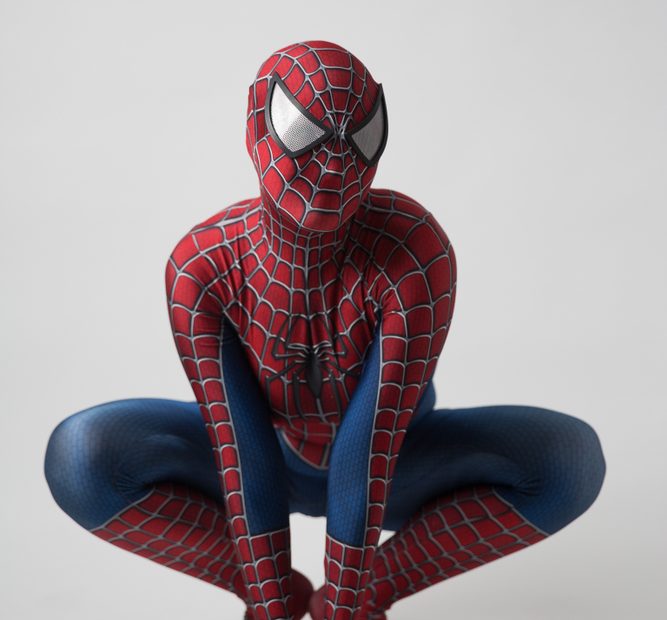 Another brick in the wall of traditional superhero-dom has crumbled as Marvel Comics announced it is set to debut its first openly gay Spider-Man, a move that leaves fans scratching their heads as to who asked for this.

The new character is named Web-Weaver and will make his (its?) first appearance in an upcoming book this September. Web-Weaver is described as a fashion designer having effeminate characteristics and wearing a costume fitted with flowing sleeves and a lace collar, and sporting long false eyelashes bedecking kohl-lines eyes.

Marvel, a subsidiary of woke-as-anything Disney, first made the announcement in June via a fan solicitation, describing the new character as, “WEB-WEAVER: A not-so-mild mannered fashion designer at Van Dyne gets spider-powers and shows us a very different kind of Spider-Slayer,” according to Comic Book Resources as reported by Breitbart.

Book writer Steve Foxe made his own Twitter announcement about the new character, calling it a “huge gay honor” to introduce the first gay Spider–Man, adding that Web-Weaver is “fearlessly femme”:

“SURPRISE: I had the huge gay honor of helping to co-create WEB-WEAVER, who’ll make his debut in EDGE OF THE SPIDER-VERSE #5 this September!” Foxe wrote.

In a separate tweet, Foxe cautioned that his new gay character is not intended to represent all gay men. As Breitbart points out, according to the frilly, lacy costume and the stereotypical pose in the character reveal, it appears that Web-Weaver will represent an effeminate version of homosexuality.

This is not Marvel’s or even the Spidey-verse’s first foray into writing a gay character.

Mary-Jane Watson, Spider-Man’s main love interest and later his wife, was written as a lesbian who falls in love with another female character named Sunfire in a 2003 version. But a gay Spider-Man has not been written before.

Web-Weaver is just one of three new characters in a new five-part series called “Edge of Spider-Verse” which launches next month. Each series contains three separate stories featuring the Spider-Man variants, some of which include characters named Spider-Ham, Spider-Man Noir and Spider-Mobile. Web-Weaver enters the scene with others Marvel newbies, including a Kraven the Hunter’s “Hunter-Spider,” a web-slinging Tyrannosaurus Rex, Felicia Hardy/Black Cat’s new Night-Spider persona and more.

The limited “Spider-Man Multiverse” series is expected to culminate in spectacular fashion, described as a “blaze of glory” according to industry publication Polygon.  Dan Slott, one of the series writers, told Polygon via email that:

“Marvel has decided to do the unthinkable, go big, and bring the saga of the comic book Spider-Verse to a fiery conclusion,” Slott told Polygon via email. “Yes, that’s right. Later this year we shall all bear witness to THE END OF THE SPIDER-VERSE!”with the Each issue of the limited series will feature three stories of Spider-Man variants and will end the “Spider-Man Multiverse” in a “blaze of glory.”

So, if you are waiting with bated breath for this new gay Spider-Man to stand the test of time, know that he and the other variants won’t be around for long, and most likely neither will the profits.