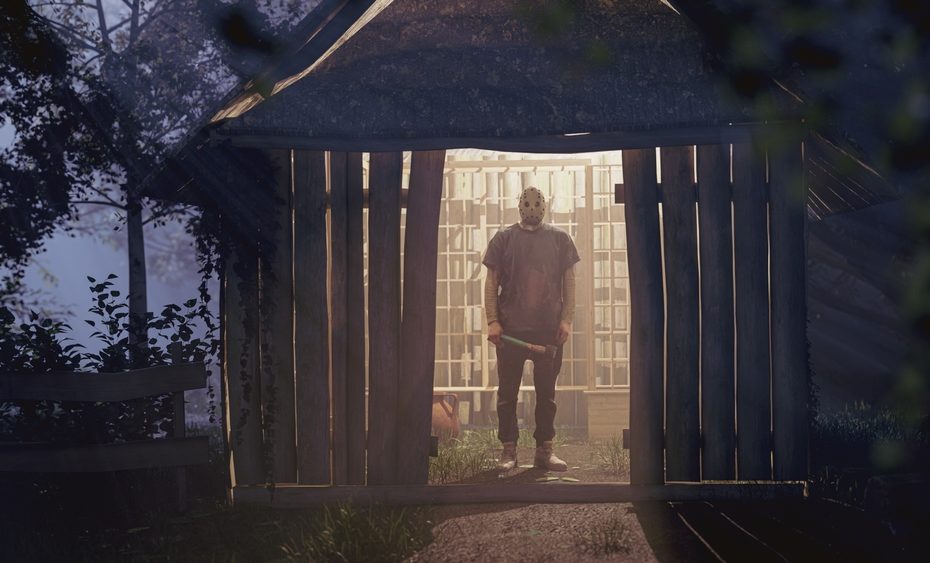 Growing up in a rural area, we had numerous sheds, barns, cribs and other outdoor buildings. No, not outhouses. We weren’t THAT poor! As working farmers, we had to store tractors, wagons, miscellaneous farm equipment, as well as grain and corn. Can’t leave all that stuff out to rust and go bad! Of course, with country living also comes country critters. You never knew what might be lurking, molting, nesting or otherwise hanging around the shed waiting to bite, sting, or scare the wits out of you. Sounds like a good time!

I ran into many a creature, reptile, and insect in my years on the farm, but nothing compared to what a Texas couple encountered recently in their back yard tool shed. Give you a hint, it wasn’t a Bigfoot. (Unfortunately). Check this out from WABI.TV:

John and Katharine McClain woke up Saturday morning to the sound of their neighbor’s pickup truck taking off. Their security camera caught a mostly naked man checking their vehicle’s doors before allegedly stealing the truck.

Video shows the McClains’ dog, Archie, barking at something in their backyard shed. When John McClain went over to investigate, he made a startling discovery.

Why in situations like this are people so often naked, or nearly naked? What drug or alcohol just compels you to strip down and bare all. I understand from country music that apparently tequila will make certain women’s clothes fall off, but this fellow has no excuse. Archie the dog was understandably unsettled by a naked Texan nosing around the toolshed. Good boy!

“Come out here with him about the time I heard a cry,” John McClain said. “So, when I opened it up, the baby was laying right by the motorcycle.”

He alerted his wife, who first thought he meant a baby snake or some other animal.

Katharine McClain called 911 and says the dispatcher told her it was OK to pick up the baby, so she did, before taking her up to the house. Photos show her holding the child, wrapped in a towel, while awaiting an ambulance.

Well Katharine, why exactly would your husband tell you to call 911 for a baby snake? Just get a hoe! For the snake, not the baby. The McClains scooped up the crying infant and took it inside to safety.

Did the naked man birth the baby in the toolshed? I understand that in 2022 America, apparently men can get pregnant now. Perhaps he was too embarrassed and concealed the pregnancy only to give birth in the McClains toolshed?

Authorities say the neighbors’ stolen truck was later located with the suspect seen on video, who is also the baby’s father, behind the wheel. Records show he is now in the Polk County Jail on charges including abandoning or endangering a child.

“I just hope he comes out and takes care of his kid, cleans his act up,” John McClain said.

Katharine McClain says they’d be willing to add the baby to their family, if needed.

“I just want her to be happy and live a good life, and if they give her to me, I’ll take her in a heartbeat and she’ll never have any worries again,” she said.

Mystery solved. It was just a drug addled man that decided to leave his baby in a toolshed for safe keeping. Not a great plan, but drugs are bad.

As for the McClains, kudos to them for finding and caring for the infant before something worse happened. I don’t know if “finder’s keepers” applies here, but if the couple is willing to raise the child, it should be considered. Better than a toolshed.