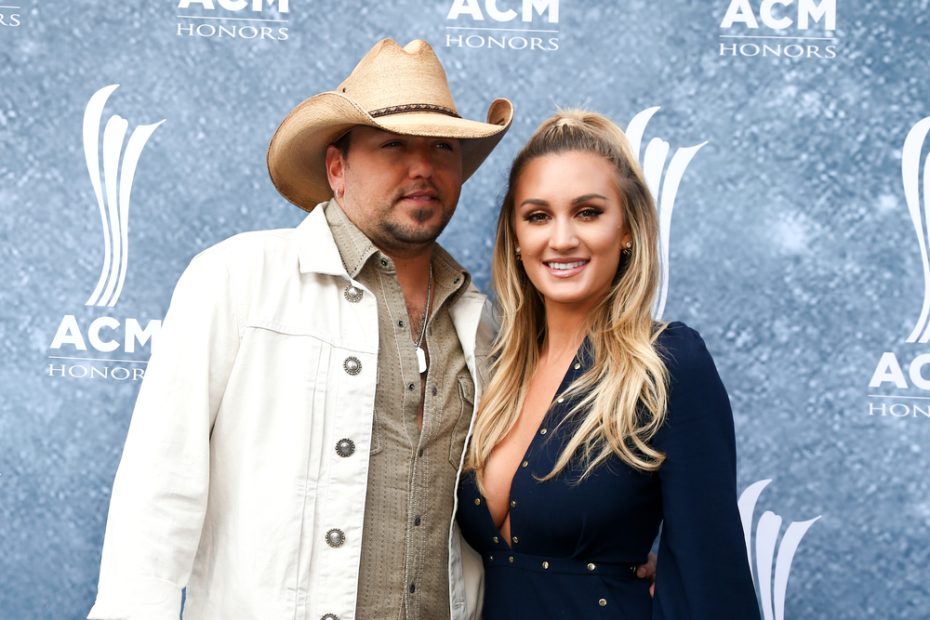 Well, I guess the country music community isn’t one big family after all. Or maybe it is? We all have those family members that can’t keep their stupid mouths shut, don’t we? Who hasn’t been at a reunion or around the Thanksgiving table and not gotten into a dust up with the liberal Karen in their family? That’s a major difference between libs and conservatives; we will argue our point, but we won’t flip the table and ruin the turkey because we don’t like your pronoun usage.

Maren Morris, who famously got in a dust up with Jason and Brittany Aldean, can’t decide if she wants to ruin Thanksgiving this year or not, so she might skip the CMA Awards as a result. How will they ever go on without her?

Morris couldn’t help her little social justice warrior self when Brittany Aldean made a joking Instagram post thanking her parents for not changing her gender during her tomboy phase. Jason replied in kind, saying the relationship likely wouldn’t have worked out. Just some good-natured banter between husband and wife, and millions of Instagram followers. Problem is, you can’t say ANYTHING that any liberal snowflake like Marren Morris considers “phobic” in any way, lest she shout you down.

Morris slammed Brittany, 33, over the post, tweeting, “It’s so easy to, like, not be a scumbag human? Sell your clip-ins and zip it, Insurrection Barbie.”

Just read that Maren Morris doesn’t want to go to the CMAs because the Aldeans are going, I’m glad my parents didn’t change my gender when I went through my tomboy years. Young people need to grow up and toughen up and trying to cancel people are things because they don’t agree.

Was that really necessary? Did Morris need to inject her two cents worth into the exchange? If she did, she probably didn’t expect the change that she got back.

Brittany later responded to Morris with, “Karen Morris. Thanks for calling me Barbie.”

I really want to like Maren Morris, her music is played in my household. However, I can’t stand the sanctimony and virtue signaling. Morris feels the need to speak up for people that probably weren’t offended or didn’t care. You go girl!

Morris was asked whether she regretted saying anything to Brittany or if she asked her team for help on responses.

“No, I just shot it off. I hate feeling like I need to be the hall monitor of treating people like human beings in country music.

“I don’t have feelings of kindness when it comes to humans being made fun of for questioning their identity, especially kids,” she added. “The whole ‘When they go low, we go high’ thing doesn’t work with these people. Any resistance movement is not done with kind words. And there’s a lot worse things I could’ve called her.”

Maren Morris is opening up about calling Brittany Aldean "Insurrection Barbie" amid their feud. "There’s a lot worse things I could’ve called her." https://t.co/5uB6oPkhlC

Isn’t Maren just the best wealthy, elite, middle aged (almost) white woman ever? Thank goodness for people like Maren Morris who aren’t afraid to stick their noses in other people’s business and hurl insults, all in the name of justice and equality. For the kids, you know?

Since the incident in August, Morris has taken some flak from the country community, which leans conservative, and now isn’t sure if she feels comfortable showing up to the CMA Awards.

“I don’t feel comfortable going, some nights are fun. Others I’m just crawling out of my skin. I’m not good at those events because I’m awkward. But this time I kind of feel peaceful at the notion of not going.”

“So many people I love will be in that room, and maybe I’ll make a game-time decision and go.”

We can’t wait to see if Maren Morris will grace the CMAs with her presence! I’m sure Brittany Aldean will be there since her husband is actually a huge country star, so it would be interesting to see Morris and Aldean cross paths. There won’t be a Thanksgiving table to flip, but I’m sure Maren can find a way to make it awkward and uncomfortable for everyone!