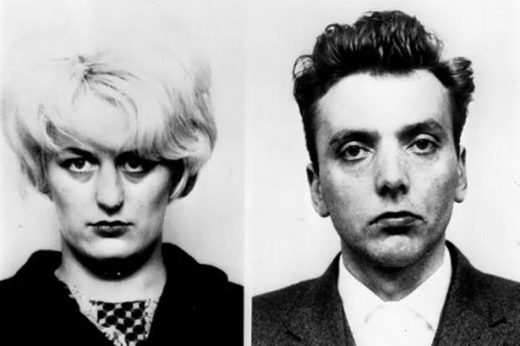 A human skull has been discovered by a true-crime author in the hunt of the final victim of the notorious Yorkshire Moors serial killers, Ian Brady and Myra Hindley who abducted, abused, and murdered at least five children in the 1960s. The viciousness of the crimes shook the world and Brady and Hindley have gone down in history as two of the world’s most evil serial killers.

The pair who lived in Manchester, England lured children into their van by asking them to help search for a missing glove which Hindley pretended to have dropped while walking on the remote moors in Yorkshire. Once there, Brady would sexually assault the victims, who were aged between 10 and 17 before they bludgeoned or strangled them, burying their bodies in shallow graves on the moors.

Police searches led to the discovery of the bodies of Pauline Reade, 16, John Kilbride, 12 and Lesley Ann Downey, 10.

British police have been searching for the remains of 12-year-old Keith Bennett who was the only victim of the killer couple whose body was never found. Brady had sexually assaulted the little boy on the moors before strangling him to death with a shoelace on June 16, 1964.

Police are digging on the Moors for murder victim Keith Bennett after a skull was found, it has been reported.

Keith was killed 58 years ago by Ian Brady and Myra Hindley and his body was never found. pic.twitter.com/ppIzU2nlzQ

After having revealed his cancer diagnosis, Brady offered to help police find Bennett’s body in 2008. “No credit to Ashworth [prison] re. this present offer of mine, which only your letter induced,” wrote Brady. “Speed is essential in the circumstances, not talk. This is my final effort.”

The killer couple had been taken from prison to the moors in 1986 in the effort to find Bennett, but the search proved fruitless. It isn’t known if the pair simply forgot where they had buried Bennett or if they were purposefully withholding the whereabouts of their final victim in a final assault on their victims and their families.

When Hindley died in 2002 and Brady in 2017, police and Bennett’s family feared they would never find his body to give him a proper burial.

But today, after 35 years of searching, police who were digging on the moors found human remains including a skull which they believe to be the remains of the schoolboy.

Buried around 3ft under the earth, a child’s full upper jaw and teeth, and fragments of remains were found with pieces of cloth or clothing. Forensic anthropologists from Greater Manchester Police have sent samples away for DNA testing but say the evidence appears to suggest the remains are Bennett.

The mystery of where the final Moors Murder victim’s body was has caused much speculation over the years and featured in many documentaries, articles and books. In fact, it was a true-crime author who had spent years researching the case who finally blew the lid off the mystery.

Russell Edwards, who has also written extensive work about the infamous, Victorian Whitechapel butcherer, Jack the Ripper, told police he believed he knew where the final Moors victim was buried, just a couple of hundred feet away from the ‘main’ burial site.

He said his research suggested that Brady, who was obsessed with Naziism, may have been attempting to create a sick Swastika shape with the burial sites. After a soil analysis confirmed the presence of human remains, Edwards began an organized dig of the site with supervision by expert geologists and archaeologist, Dawn Keen:

“I do believe there are human remains there,” said Keen. “They have got to look.

Police are yet to make any statement about the discovery.