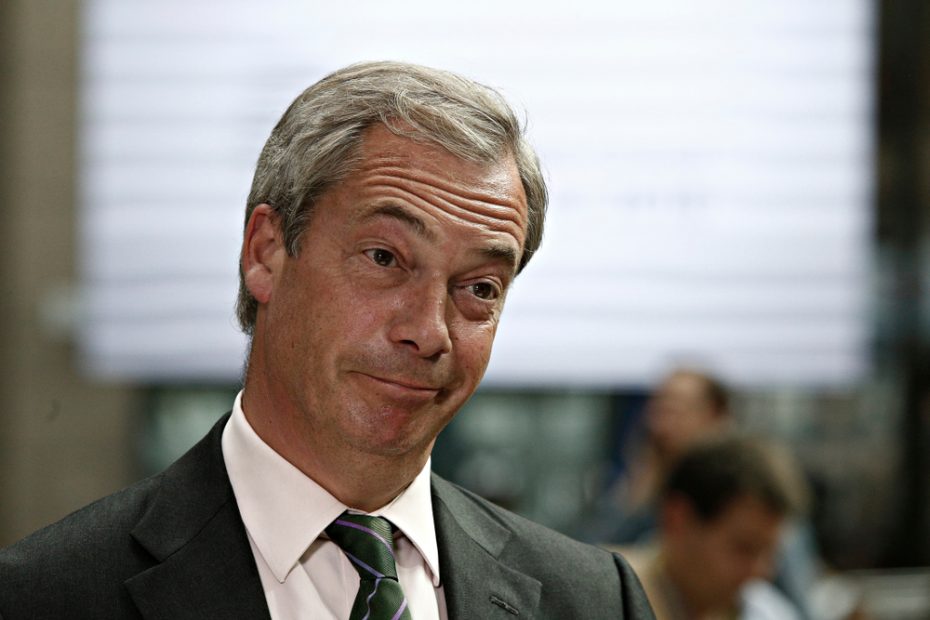 Six years ago today, the Britain public rocked the establishment and mainstream media when it voted to leave the European Union. Brexit legend Nigel Farage has opened up about his thoughts, fears and regrets about Britain’s independence so far.

For the 17.5 million Brits who voted to leave the shackles of the EU on June 23, 2016, the past six years have flown by. The Covid pandemic and the conflict in the East has left many of us feeling that Brexit has been put on hold.

The vote was an historic moment in Britain’s history. Every major political party, including the now governing Conservative Party was against it. In fact, the [then] Conservative prime minister, David Cameron led the official Remain campaign – using the government’s influence and taxpayer’s money to pour out pro-EU propaganda, warning us about famine and poverty should we dare to shun the unelected, unaccountable bureaucrats in Brussels.

But there was one man who had relentlessly fought for Britain’s independence. Nigel Farage, who then led the small but feisty United Kingdom Independence Party (UKIP), which had only a few thousand members and no members of parliament, used his immense charisma and no-nonsense plain speaking to continuously grab media headlines. Usually photographed enjoying a pint of beer and a cigarette, Farage came to be the bad boy, rockstar of politics.

He was an elected member of the European Parliament from 1999 to 2020, using his speeches in Brussels to criticize the EU from within its own walls. His scathing and often amusing rants earned him a following on YouTube. At one point Farage famously stood up in the EU parliament to call the then EU president Herman van Rompuy a “damp rag” and mocked that Belgium is a “non-country”.

Hated by conservatives and liberals alike, Farage said it how it was – under EU law any of its 444.7 million citizens could legally live and work in the UK without a visa.

Despite all the odds, the mainstream media and all the major political parties fighting against him, Farage secured a victory for independence, and the rest is history.

But what does Mr. Brexit think of the Conservative government’s handling of its newly found freedom so far, particularly as Covid and the events in Ukraine has slowed us down to a crawl?

“As many old school reports of mine used to say, the judgement on the delivery of Brexit is straightforward – “Could Do Better”,” wrote Farage today in an exclusive column for the Express.

He said Britain needs to believe in itself, and “unless the country can clearly see the benefits of leaving, we will find ourselves back in the EU’s regulatory orbit,” he warned.

“If we can keep moving forwards with the Commonwealth and the USA, we will once again become a major global player.”

Noting that concerns about mass immigration into the UK and border controls were some of the main reasons why the British public wanted to leave the EU – which has an open border policy to all citizens and numerous rules and regulations about how members can deal with illegal immigrants, Farage wrote that Britain should now also consider leaving the European Court on Human Rights.

“Of even greater concern is that immigration, both legal and illegal, is reaching such massive levels. The referendum was won, above all else, by the desire to take back control of our borders.

“For one unnamed judge in the European Court of Human Rights to prevent a flight to Rwanda was a kick in the teeth for 17.4 million Brexit voters.

“We must complete Brexit, leave the ECHR, or we will never get back control of our borders on Northern Ireland.

“We need to do much better,” he concluded.