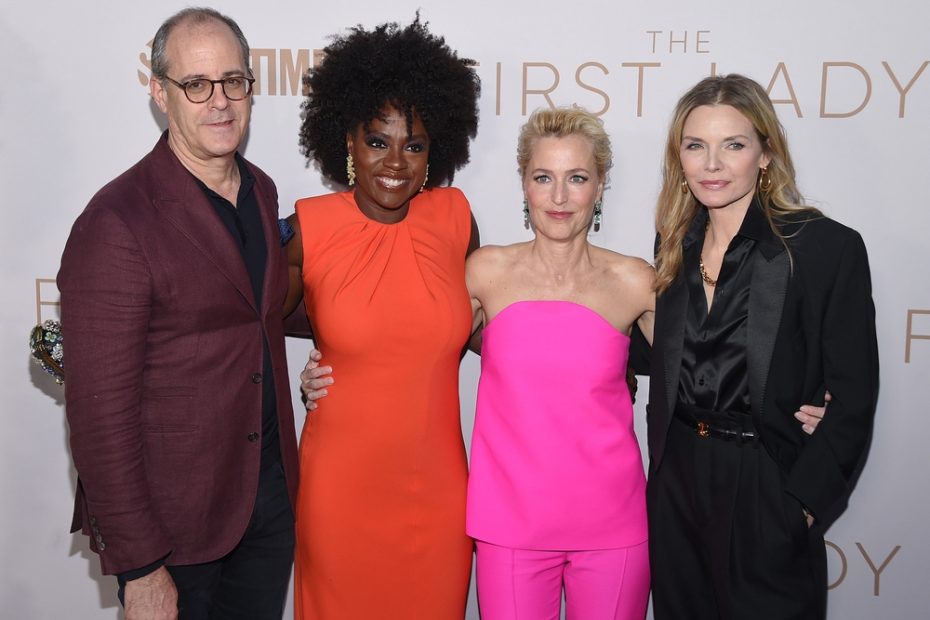 In case you were dreaming of a second season on Showtime’s series ‘First Ladies,’ you can kiss those dreams good-bye, as the streaming service has cancelled the show after just one season amid awful reviews on the show’s story structure, flow, composition, and acting.

Showtime launched the 10-part anthology just six weeks ago, but ‘First Ladies’ failed to gain an audience despite its illustrious cast.  The first and now only season focuses on the stories of three former first ladies: Eleanor Roosevelt, played by Gillian Anderson, Betty Ford, played by actress Michelle Pfeiffer, and Michelle Obama, played by Viola Davis. While each of these first ladies became famous for work separate from their husbands and managed to forge unique personalities on the American landscape, the actresses playing them weren’t able to capture the essence of these three women in mere summary.

Part of the problem was the storyline, as the show abruptly cuts among the disparate eras rather than relying on chronological sequencing, with each first lady receiving individual treatment. Critics called this process “confusing,” and the forced alliance of these three storylines “carelessly staged.”

As DailyWire reports, “critics on Rotten Tomatoes gave show a score of 41%, with several accusing the series of failing to have “compelling narratives” for the leads. One critic for The Atlantic, Shirly Li, wrote that “The First Lady is a barely thematically connected and carelessly staged summary of three fascinating figures. All of them deserved better.”

Even lefty rag ‘The New Yorker’ called out the show’s ineffective storytelling that makes “life as a White House wife seem both cosmic and forgettable.”

But it’s Michelle Obama’s portrayal that is receiving much of the vitriol, as actress Viola Davis seems to have presented more of a caricature of the former first lady than an authentic portrayal.  Part of the issue is with Davis’s face, as she sported oddly shaped fake eyebrows and pursed her lips at strange moments in a non-Michelle Obama way, something that was immensely distracting.

Viewers, of course, took to Twitter to air their grievances:

Watching First Ladies. What were the Producers thinking with Viola Davis?? Michelle doesn’t jut her lips and jaw and the eyebrows. Our Michelle is slimmer, feminine and speaks eloquently. Huge disappointment.

Some even said Davis’s “over the top” portrayal made a “mockery” of the former first lady:

I hope #ViolaDavis and the director of The First Ladies drama series sees all these comments about her OTT lip movements and sees the error of their ways. VD literally makes a mockery of Michelle Obama in this series, what a poorly executed portrayal. 🤦🏻‍♀️

@violadavis I watched the first episode of "First Ladies" and I have a question. What in god's name are you doing with your lips? Whatever it is, it looks nothing like Michelle Obama and it's ugly to boot. Better to act normal rather than try to act like someone else and fail.

Showtime was forced to play defense during the announcement informing the entertainment community of the show’s cancellation, drawing attention to the “artistry” of the project, and the acting chops of the “amazing cast”:

“We would like to applaud the artistry and commitment of our showrunner Cathy Schulman, director Susanne Bier, their fellow executive producers, our amazing cast, led by executive producer Viola Davis, Michelle Pfeiffer and Gillian Anderson, and our studio partner Lionsgate for their dedicated work in telling the unique stories of three remarkable leaders.”

Absent from the announcement, as reported by industry magazine ‘Variety’, is the real reason for the show’s cancellation. But if critics and the Twitterverse are to be believed, the fault lies with quality of the show itself.

And those pursed lips.