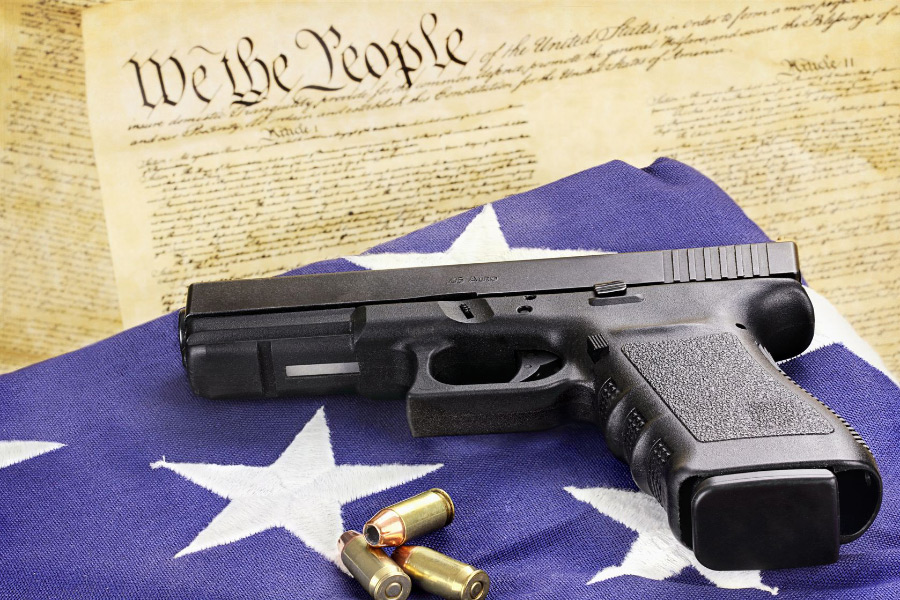 Lucretia Hughes, whose son Emmanuel was shot in the head over a game of dominoes, spoke before Congress on Wednesday, saying that she didn’t want more gun control because she wants to be able to arm herself “from evil”.

“You, who are calling for more gun control, are the same ones that are calling to defund the police,” she added. “Who is supposed to protect us? We must prepare to be our own first responders, to protect ourselves and our loved ones.”

Hughes is part of the DC Project and was one of several witnesses that appeared before the House Committee on Oversight and Reform about gun violence and gun rights in the United States. She told the committee that her son was shot point-blank in the head in 2016 over a game of Dominoes. “Our gun control lobbyists and politicians claim that their policies will save lives and reduce violence,” Hughes said. “Well, those policies did not save my son.”

“Gun control lobbyists and politicians claim their policies will save lives and reduce violence. Well, those policies did not save my son.”

Emmanuel, Lucretia Hughes Klucken’s son, was killed by a convicted felon with an illegal gun. More from Lucretia & the importance of #2A: pic.twitter.com/MWFdN7mlJI

She went on to mention other bills that are being discussed in Congress as well. “Ten more laws, 2o more laws, 1,000 more won’t make what is already illegal more wrong, or stop criminals from committing these crimes,” Hughes said. She reminded the Committee how none of the gun control laws that have been passed did anything to help the black community.

She finished her testimony by calling on Congress to ban gun-free zones and fund non-partisan firearm education programs.

“Nothing in these bills does anything to make us safer,” she said, “And I believe it is our god-given right to protect ourselves against any act of violence.”

On the same day of Ms. Hughes’s testimony, the Democrat-led House passed a package of gun control bills in response to the shootings in Uvalde, TX, and Buffalo, NY.  The legislation was passed along party lines, 223-204, with just five Republicans voting with Democrats. This aggressive legislation called the Protect Our Kids Act, will allow family members and law enforcement to obtain an “extreme risk protection order” from a federal court to “temporarily remove access to firearms to those deemed a danger to themselves or others.”  The Bill also raises the age at which a semi-automatic weapon can be purchased to 21.

House Democrats push forward with gun control measures combined in the Protect Our Kids Act, but House Republicans are telling their members to vote against the new laws when brought to the floor Wednesday night.

Republicans have noted that a US appeals court ruled that California’s ban on semi-automatic weapons to adults under the age of 21  was unconstitutional. “This is unconstitutional and it’s immoral. Why is it immoral? Because we’re telling 18-, 19- and 20-year-olds to register for the draft. You can go die for your country. We expect you to defend us, but we’re not going to give you the tools to defend yourself and your family,” said Thomas Massie of Kentucky.

Lindsay Graham of South Carolina has called this bill “government overreach” and says the bill will die on the Senate floor. A sentiment shared by many Republicans.

.@LindseyGrahamSC reacts to House passage of the 'Protect Our Kids Act' saying In part, the House passed gun control bill is an extreme constitutional overreach. It represents the wish list of the Left when it comes to gun control'. The measure heads to the Senate. @abc_columbia pic.twitter.com/58hnWUg3yH

At the conclusion of Ms. Hughes’s testimony, she stated, “Gun owners are not the enemies, and gun control laws are not the solution.”