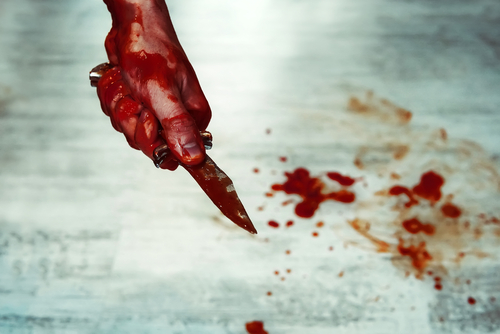 Raving madness has been witnessed in the city of Wisconsin as a 52-year-old man recently stabbed five different people in a senseless attack. This attack came as several groups of people were river tubing down the Apple River. The area where this attack occurred is a popular camping and tubing area in Apple River, near Somerset, Wisconsin, a town about 35 miles outside Minneapolis.

The suspect, identified as a 52-year-old man from Minnesota, was also tubing down the river with a group before he attacked a 17-year-old boy from another group. The suspect allegedly stabbed the teenage boy to death and critically injured four other people.

The suspect fled from the scene but was recognized by people who had witnessed his actions. Members of the group immediately provided pictures of the suspect taken at the scene to the police department to help aid his immediate identification and capture. Fortunately, he was captured and taken into custody by the police a few hours after the incident.

BREAKING: One person is dead and four others in critical condition after a stabbing on the Apple River in Somerset, Wisconsin, a popular tubing area. Authorities say the suspect is now in custody and it’s unclear if it was a random attack. @WCCO pic.twitter.com/NNuAfwU88N

In this case, the names and identities of the victims and suspects were not immediately revealed by the police. However, investigations to unveil what might have happened at this river immediately began. At a news briefing, St. Croix County Sheriff Scott Knudson said: “He was taken into custody without incident. At this time, we are not sure what started this incident. It is believed that everybody was tubing.”

The Sheriff described the murder scene as “scary” and “chaotic.” He expressed his grief, saying, “I am sure that anyone who witnessed this will never forget it. It is a tragedy”. Giving more information about the victims, he added that “the deceased individual was a 17-year-old male from Minnesota. The other four individuals, I believe one is a female and three are males, and from the information I have thus far, I think they’re all in their twenties.”

When the suspect was apprehended and taken into custody, the police confirmed that he did not have any possible murder weapon on him and immediately began a search for the murder weapon which should be a knife, in the surrounding areas.

Seeing that both the suspect and his victim were from Minnesota, speculations about this senseless attack were that they probably knew each other. Knudson, however, cleared up these speculations by saying, “We do not know yet who was connected to who, who knew each other or what precipitated it,” but the motive for the murder remains unclear.” He added that he was willing to answer questions regarding this incident, but the information at hand was still minimal as investigations were still ongoing, and investigators were trying to interview as many as 20 people.

The suspect is being held in the St. Croix County jail, where he will be investigated and interviewed by the police. Though no charges have been filed against the suspect, the Sheriff suggested that it could change as early as Monday morning as this incident occurred on Saturday.