Shameless Alec Baldwin Now Blaming Others For His On-set Shooting 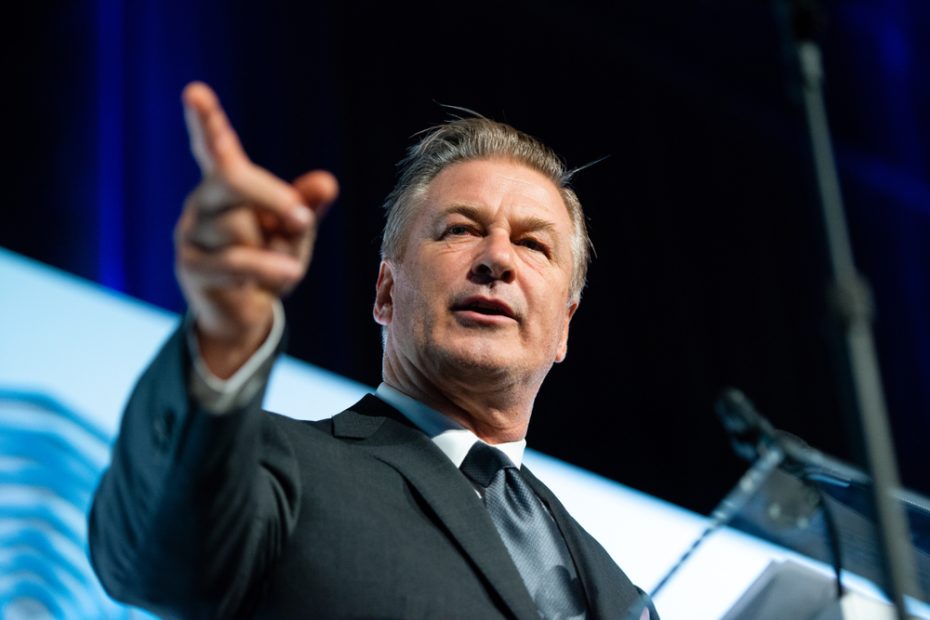 The 64-year-old actor and director Alex Baldwin insists on claiming innocence regarding the shooting on his set. In a recent interview, he blamed the assistant director and the armorer for his movie Rust. The director claimed they were responsible for the on-set death of the cinematographer Halyna Hutchins during filming last year in New Mexico.

Baldwin gave a rare interview on Friday in which he insisted he was not to blame for the October 2021 death. Yet, a shot from a gun he was holding had killed Hutchins and wounded the director, Joel Souza.

He claimed, “Someone put a live bullet in the gun which should have known better.” Still referring to the armorer and props manager. That was her job. Her job was to look at the ammunition and put in the dummy round or the blank round, and there wasn’t supposed to be any live rounds on the set.”

Insisting on his innocence, he said, “There are two people who didn’t do what they were supposed to do. I’m not sitting there saying I want them to, you know, go to prison, or I want their lives to be hell. I don’t want that, but I want everybody to know that those are the two people that are responsible for what happened.”

Throughout the interview, Baldwin continued to point fingers at the two people as he said he would not go to jail for their mistake. He believes that it was their job to take precautions with the firearms, and any error from it should be their fault and not his.

Alec Baldwin has turned over his cell phone to law enforcement officials as part of the investigation into the fatal shooting on the set of the film “Rust” https://t.co/jA3Lohpb9l

He blamed Reed for failing to check the gun and also blamed Halls for now obeying her. He claimed that they had given him the gun without informing him that it was a real loaded gun or checking that there were bullets in it.

In a statement to CNN, Gutierrez Reed’s attorney said,  “We disagree with Mr. Baldwin’s attempts to deflect blame onto others. It is not for him to decide or to apportion blame.” Halls’ attorney also added, “Baldwin is pointing the finger at others because the evidence is pointing at him. Everyone needs to stop. People are only pointing the finger at Halls because they don’t want the responsibility of being wrong. Halls is a scapegoat. People need to look at the evidence.”

'Rust' armorer blames Alec Baldwin for shooting because he failed to turn up to 'cross draw' training session https://t.co/cRgelNSIhb

Furthermore, Baldwin insisted he never pulled the weapon trigger during rehearsal for a scene in which he was supposed to fire a shot at the camera.

However,t an FBI forensic study released last week cast doubt on Baldwin’s account. According to NPR, the agency sent a report to the sheriff’s office concluding that the gun could not be fired without a pull on the trigger. Again, Baldwin and his lawyers have refused the FBI’s determination. Baldwin’s lawyers claim the FBI had “misconstrued” their findings and that the gun was “in poor condition.”

Regardless of how a live bullet wound up in the gun, the actor had failed to check the gun himself before handling the weapon. It is basic firearm safety to always check the gun before running it. Baldwin, who failed to do that, has maintained his innocence, and it is left to the court to decide who is truly innocent or guilty in this case.