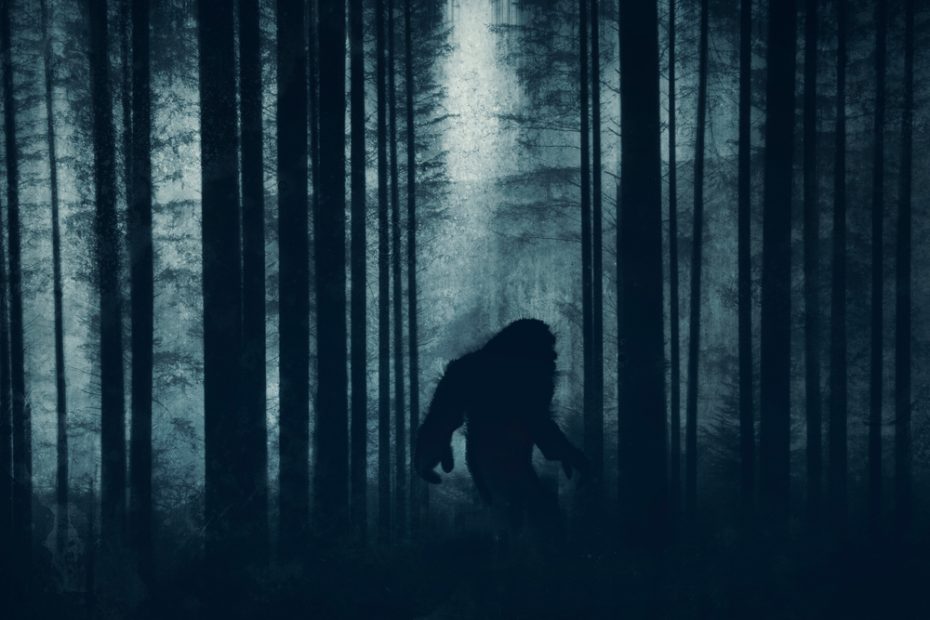 Lots of things out there trying to kill us, folks. Mass shootings, Antifa, Monkey Pox, Covid, global warming; it’s a smorgasbord of potential threats. How do you stay safe?

I suppose we could mask up? Get vaccinated? Nah, those don’t really help, especially where shootings are concerned.

Perhaps get out in nature? Do a little fishing? Stay active? Surely can avoid the Antifa thugs out in the woods. Maybe, unless Bigfoot shows up.

Bigfoot was recently implicated in an Oklahoma murder that frankly DOESN’T have authorities baffled. Why is the mythical creature being fingered for a crime he didn’t commit? Check this out from The Daily Beast:

A day out hand fishing for catfish on the South Canadian River in Pontotoc County, Oklahoma, has turned into a murder investigation after a man claims Bigfoot forced him to kill his friend.

Larry Sanders, 53, stands charged with first-degree murder after allegedly admitting first to a family member and later to police to killing his noodling fishing partner Jimmy Knighten, who Sanders claimed wanted him dead by the hand of the mythical monster Bigfoot.

So much to unpack here. Ever heard of “noodling” catfish? That is where you literally stick your hand in the water, often under rock shelves and catch catfish with your bear hands. Yes, I intentionally spelled “bare” “bear” because ONLY BEARS should be doing stuff like this!

“So, his statement was that Mr. Knighten had summoned ‘Bigfoot’ to come and kill him, and that’s why he had to kill Mr. Knighten,” a local sheriff said. https://t.co/y7Y74MzX1S

Or Bigfoot. I suppose if ‘Squatch wanted fish for dinner, he pretty much has to noodle it as well.

Of course, like global warming, most reasonable people consider Bigfoot to be a myth, but who knows? We don’t know everything, despite how smart Kamala and Joe are.

The local sheriff, John Christian, told local media that Sanders “appeared to be under the influence of something” when he told police he had struck, strangled, and then drowned Knighten.

“So, his statement was that Mr. Knighten had summoned ‘Bigfoot’ to come and kill him, and that’s why he had to kill Mr. Knighten,” Christian told local reporters.

I mean, sounds perfectly reasonable to me! If my buddy is going to summon Sasquatch to ice me, I’m going to get him first! Call me old fashioned.

Of course, I don’t smoke crystal meth or whatever Sanders was on, so I likely won’t be smoking any of my friends for Bigfoot related threats either.

“You still have to prove all the elements of the crime, and what the suspect is telling you, you have to prove that that’s actually what happened,” Christian said.

Christian said that the local prosecutor would likely push for the death penalty if Sanders is found guilty in the case.

This must be the easiest case Sheriff Christian has ever had to solve. My assumption is he isn’t going to vigorously pursue the allegations against Bigfoot, so the big guy will be free to noodle catfish and lumber down dry creek beds another day.

There are lessons to be learned here kids. Drugs are bad, catching catfish with your bare hands is dangerous, and keep your eyes open for Bigfoot. He just might be on your friends’ speed dial.