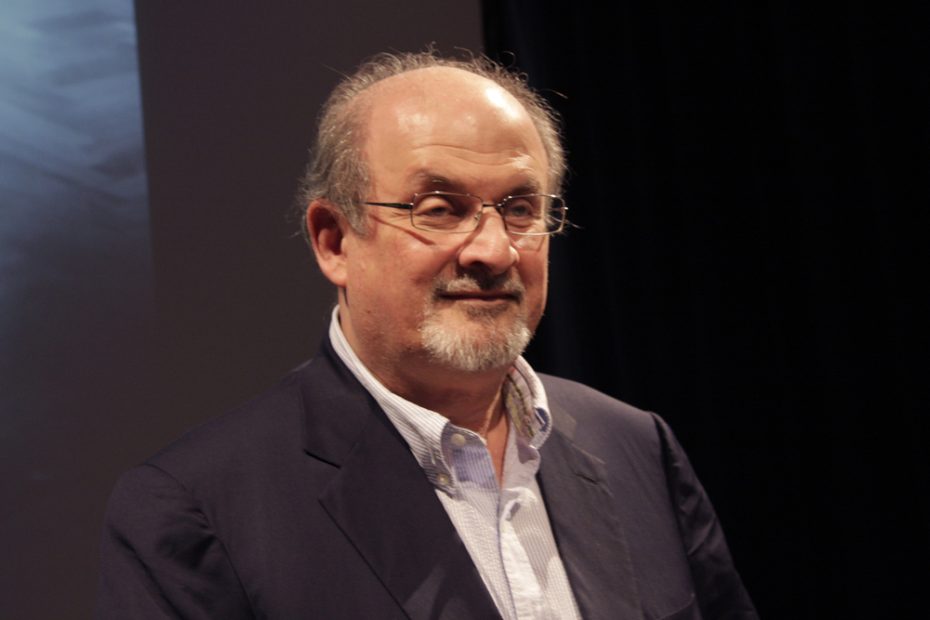 The man accused of stabbing author Sir Salman Rushdie has been charged with attempted murder and is reportedly an Iran-sympathizer.

Hadi Matar, 24, rushed onto the stage at a literary festival in the Chautauqua Institution in upstate New York as Rushdie’s name was announced. The crazed knifeman stabbed Rushdie, 75, numerous times before he was pinned to the ground by security staff.

Photographs released of the aftermath show blood splattered across the walls of the room and on a chair.

He was airlifted to the hospital after staff at the event did their best to stem the bleeding from the stab wounds.

The author suffered serious injuries from the multiple stab wounds including a damaged liver and nerve damage in his neck, which had been punctured by the knife. The neck wound could result in him losing one eye but doctors say that his wounds are “serious but recoverable”.

The suspect was moved from New York State Police barracks in Jamestown to Chautauqua County Jail last night and has been remanded without bail.

According to reports today, Matar is an Iran sympathizer from Fairview, New Jersey. The fake name on his driving license, Hasaan Mughniyah is linked to the Islamic terror cell, Hezbollah.

Photos & information have emerged about the Muslim extremist suspect accused of repeatedly stabbing author Salman Rushdie (he was accused of blasphemy) in western New York. Suspect Hadi Matar, 24, of Fairview, NJ, had multiple posts in support of Iran & Shia Islam on Facebook pic.twitter.com/b1cGxm00Qc

The group is a political party in Lebanon that has its basis in Sharia law – an extreme branch of Islamic ideology. Matar’s Lebanese parents moved to the US before he was born.

One of Hezbollah’s previous leaders, Imad Mughniyeh, was killed by the CIA in 2008. It operates both as a political party and a militant group.

Ayatollah Khomeini – a former Iranian political and religious leader who died in 1989 issued a ‘fatwa’ (death sentence) on Rushdie after the author released his controversial book, Satanic Verses in 1988 which enraged Muslims in Britain.

Hadi Matar, a Lebanese American from New Jersey, attacked and stabbed Salman Rushdie, author of The Satanic Verses, whose head carries $3 million bounty in Iran. Matar (shown below) is a Hezbollah supporter and used to express viewpoints sympathetic to the cause of Iran's IRGC. pic.twitter.com/b53KcL1OMx

They said the book mocked Prophet Mohammed and the Koran while Khomeini encouraged Muslims to kill Rushdie if they were able to.

In the book, Rushdie, who is of British-Indian heritage, uses ‘magical realism’ to tell the story of two Indian Muslims who become trapped on a hijacked plane heading for Britain.

It uses dream-like sequences to tell the life story of the pair which eventually results in the suicide of one of the characters.

Satanic Verses sparked a cultural war in 1989 in Britain, with many Muslims burning copies of the book on the streets of London and riots which resulted in the death of 60.

We have less freedom of speech now than we did when these people were burning the Satanic Verses. They wonhttps://t.co/G0jVdimgFT pic.twitter.com/3OwxySHbUr

The British government was forced to provide 24-hour security for Rushdie as the calls for his death by the British Muslim community strengthened and Khomeini announced a $3 million reward for the individual who murdered him. This bounty was increased to $3.3 million by an Iranian Islamic organization in 2012.

Each year, Rushdie said he would receive a “sort of Valentine’s Day card” from Iran vowing that they had not forgotten him and would one day try to murder him.

In 2007, Rushdie was recommended for a knighthood for his services to literature by then prime minister, Tony Blair.

Meanwhile, the White House issued a statement to condemn the bloodthirsty attack but stopped short of admitting that it was an act of Islamic terrorism:

“This act of violence is appalling. All of us in the Biden-Harris Administration are praying for his speedy recovery.

“We are thankful to good citizens and first responders for helping Mr. Rushdie so quickly after the attack and to law enforcement for its swift and effective work, which is ongoing.”