Sad: “Wild and Crazy” Comedy Legend Calling It a Career 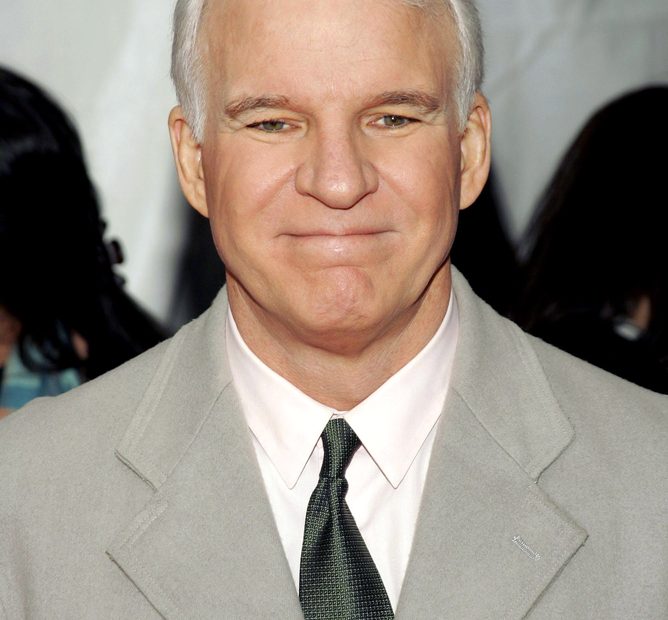 I have always been a huge fan of standup comedy. As a kid, I owned albums and tapes from George Carlin, Richard Pryor, Rodney Dangerfield, and Steve Martin among others. I know, probably shouldn’t have had the Pryor albums. Hey, my parents had never heard of him!

I still own three Steve Martin albums. He was my absolute favorite. Martin’s style of offbeat, absurd comedy resonated with me. I like one-liners, ala Dangerfield, and stories like Pryor’s, but something about the silliness of Martin still gets me.

After finishing his standup career, Martin embarked on a very successful movie career. Flicks like “Planes, Trains, and Automobiles” are still yearly must-watch movies. Occasionally I still put on my albums and watch my wife NOT get him. Pure gold.

Now, after almost 70 career movies, Martin is set to hang it up after his latest, the Hulu original “Only Murders In the Building” series wraps up. Let’s get the details from Entertainment Weekly:

Steve Martin says he only has one more leading role left in him as he aims to finish out his career with Only Murders in the Building.

The comedy legend told The Hollywood Reporter that the Hulu mystery-comedy — also starring his longtime friend, Martin Short, and Selena Gomez — will likely be his final role, and that he won’t seek new work when it comes to an end.

BREAKING: Steve Martin Has Announced His Retirement Following Only Murders In the Building

We Are So Grateful for Everything Steve Martin Gave Us pic.twitter.com/zi7SBHcxsj

This is especially sad to me as I have tried to watch the Hulu show, unsuccessfully. Just not my thing. More “mystery” than “comedy”.

Martin still does a successful two-man live show with Martin Short, but at both their ages, how long could it last?

“We were very happy just doing the live show,” Martin told the publication, referencing his ongoing You Won’t Believe What They Look Like Today! tour with Short. “There may be a natural end to that — somebody gets sick, somebody just wears out — but I wouldn’t do it without Marty. When this television show is done, I’m not going to seek others. I’m not going to seek other movies. I don’t want to do cameos. This is, weirdly, it.”

Steve Martin has never been known to weigh in on the social issues of the day, and perhaps he is afraid any other acting roles would be filled with too much woke ideology. In my head, I certainly hope that’s the case, as I would hate to have another lifelong favorite ruined by leftist propaganda.

The 3-time Oscars host — named by EW in 2016 as the best solo host of the previous two decades — has won five Grammy Awards (two for his comedy albums and three more for his bluegrass music), an Emmy, an Honorary Academy Award, and was nominated for a Tony for writing the book and music for Broadway’s Brightstar.

Well, there’s the stage show. And that book. And a doc. But then, he’s definitely done. He’s pretty sure… https://t.co/ozbSKjRiKH pic.twitter.com/ZmuK6Q5u1L

Steve Martin is way more than a comedian. Actor, writer, and musician, Martin was always the likable guy. Sometimes the likable jerk as in Planes, Trains, and Automobiles, but you never came away from a role hating Steve Martin.

Entertainment needs more funny men like Martin and fewer virtue-signaling children. Sadly, we are losing one of the good ones.