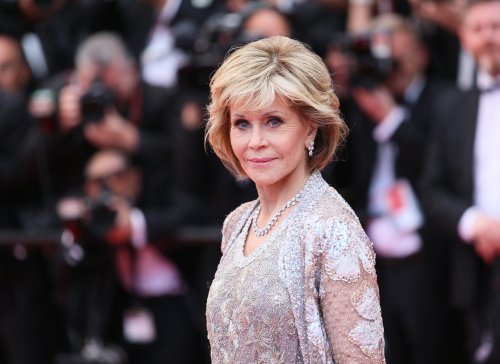 Veteran actress Jane Fonda announced to her fans that she had been diagnosed with non-Hodgkin’s lymphoma. She also added that she will do her best to fight cancer and has already started receiving chemotherapy treatments.

She broke this shocking news through her Instagram platform on Friday in a lengthy post. She expressed gratitude for being attended to by the best medical practitioners who can give her a better chance against the cancer and counts herself lucky to have health insurance.

Jane Fonda using her cancer diagnosis to amplify her activism and motivate the masses. I wish her nothing but the best! ❤️ pic.twitter.com/8Uw9NndRx9

She mentioned that she was privileged as she knew that cancer is a menace almost every American family has had to battle at one point or another. However, she said it was unfortunate that only a few had access to such good health care that she was receiving.

She started, “So, my dear friends, I have something personal I want to share. I’ve been diagnosed with non-Hodgkin’s Lymphoma and have started chemo treatments. This is a very treatable cancer. 80% of people survive, so I feel very lucky.”

The 84-year-old actress mentioned that she had thought about this illness that seems to affect every American home and remains just as deadly. She asserted that it was high time people started focusing on the root causes of these cancers instead of the cures, as that has hardly gotten anywhere. She added that if the root causes are identified, it will make it easier to prevent and even easier to treat.

The climate activist also mentioned that she would never stop fighting to eliminate fossil fuels as it is dangerous to the environment. Fonda wrote,  “For example, people need to know that fossil fuels cause cancer. So do pesticides, many of which are fossil fuel-based, like mine.”

Moving on, Fonda noted that she would take her chemotherapy treatments for six months and has been handling it well. She still noted that even cancer was not enough to make her stop her climate activism as it only increased her desire to do the opposite instead.

An honor to stand with @Janefonda as she battles cancer while battling climate change. “The midterms are looming, and they are beyond consequential so you can count on me to be right there together with you as we grow our army of climate champions.”https://t.co/Cc4wYbhgHN

She wrote, “We’re living through the most consequential time in human history because what we do or don’t do right now will determine what kind of future there will be and I will not allow cancer to keep me from doing all I can, using every tool in my toolbox and that very much includes continuing to build this Fire Drill Fridays community and finding new ways to use our collective strength to make change.”

Fonda concluded, “The midterms are looming, and they are beyond consequential so you can count on me to be right there together with you as we grow our army of climate champions.”