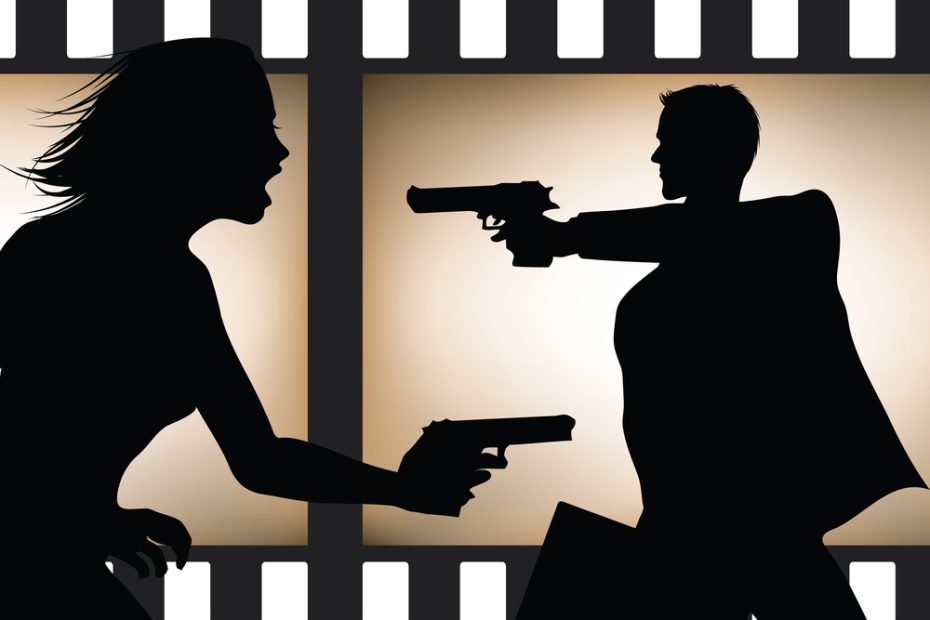 I’ve always been a big Joe Rogan fan. From his early days staring as the wise cracking IT guy on “News radio”, to his stand-up comedy.

I’ll admit I was slow to come around to his podcast, mainly because of the long form format. Most of my pod consumption is in little bites, so three or four hours was out of the question.

That’s until I listened to the episode featuring Dr. Peter McCullough. Remember, the episode that sent liberals and Covid junkies into the stratosphere?

At that point, I had to see what all the fuss was about, so I listened. Thanks libs!

Joe Rogan has a conversational style and seems genuinely curious, often asking thought provoking questions without overpowering his guests with his own opinions.

The results are thought provoking, interesting, unfiltered opinions that more often than not piss off the left!

Recently Rogan had some scathing takes on Hollywood and gun culture. Let’s go to Outkick and check it out:

Hollywood hates guns behind the scenes but it’s willing to profit off on-screen appeal according to Joe Rogan.

He was speaking to fellow comedian Tim Dillon on a recent episode of the Joe Rogan Podcast and called out the industry’s lack of a consistent script with its messaging on guns.

“Isn’t it f**king wild that Hollywood in general is very anti-gun, but they promote guns more than any other media on the planet?” Rogan asked Dillon.

Joe Rogan slams Hollywood hypocrisy: ‘Anti-gun, but they promote guns more than any other media on the planet' https://t.co/PIOKW5NJAW

Hollywood has spent their entire existence making guns look bad ass. I have actually noticed before how many movie posters have characters from the movie just casually brandishing or pointing their guns!

Don’t get me wrong, guns are awesome. Big fan here. However, if Hollywood is going to cash checks from movies heavily featuring guns and shooting, then they probably need to just hush when it comes gun debate time.

“All their best movies, whether it’s The Gray Man, or whether you’re watching The Terminal List or Mission: Impossible. It’s all — ‘guns save the day.’ Guns kill aliens, guns kill werewolves, guns kill everyone. Everyone bad gets killed by guns.”

I have seen all of the listed movies, and yes guns saved everyone! I mean, you can’t just have aliens and werewolves running amok, terrorizing the neighborhood! You need good guys with guns to take them out!

“‘But guns are bad and you shouldn’t have guns.’ It’s crazy,” Rogan added upon his critique.

Crazy pretty much sums it up.

People are crazy about guns, Hollywood makes them look crazy cool, and Hollywood is also crazy if they think anyone cares about their opinion on gun control or gun violence.

How about this for a solution; Hollywood can make a big budget action move, maybe another John Wick, where the good guy just tries to talk his way out of trouble. Perhaps they can fight with sticks and stones, though I’m sure Hollywood would preach common sense stick and stone laws then.

We just can’t win. Maybe we can just watch out favorite action movies and NOT worry about Hollywood’s opinion on anything?  Deal!