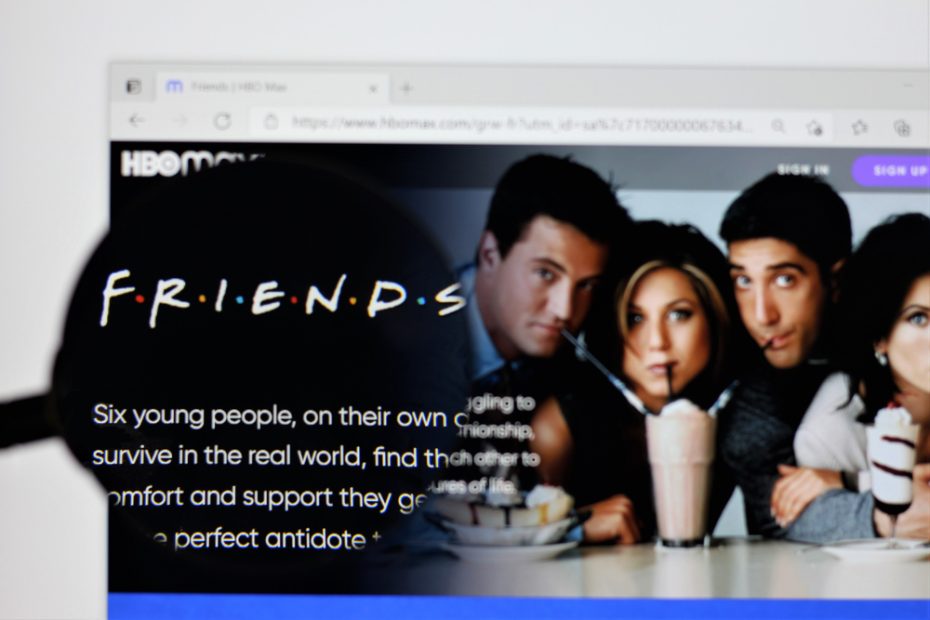 Anyone remember this show from the 90’s? Featured six friends, kicking around New York City, falling in and out of love and engaging in hilarious hijinks every Thursday night on NBC? You know, back when NBC actually had good television.

So, what is the common thread here? Their job’s a joke, their broke, their love lives are DOA? Nah, they are all white!! I’ll give everyone a moment to recover from the shock and horror.

Everyone better? Good. Look, I don’t even have six friends, no less six friends that are all gorgeous, funny and I hang out with daily. That actually sounds terrible.

I also realize that this was probably the whitest show of the 90’s. I recall realizing that at the time but didn’t care. Because I’m a racist? NO! Because it was funny, lighthearted entertainment in an age BEFORE diversity started being force fed to us at every turn. I also don’t really recall much outcry from the black community at the time for the lack of diversity. But what do I know, I’m just a white dude.

So, what’s up? Let’s see what Friends creator Marta Kauffman is doing with her 4 million and why. Per Outkick:

The creator of the television show Friends, Marta Kauffman, will part ways with $4 million to make up for the lack of diversity in the program that ended in 2004.

Kauffman is sorry there were too many white people in Friends and has pledged to donate $4 million to fund African and African American studies at Brandeis University as a result.

A $4 million apology for not casting enough diverse performers in a show that began in 1994.

Is this not the inanest, most virtue signaling act you’ve ever seen? Or as Chandler Bing would say, “could you BE any dumber”?

This is a show that was created in 1994. Let that sink in. It is also one of the most successful sitcoms in television history. Why would ANYONE care that there were no black “friends”? To me, it is disingenuous to cast literally everything with such overt diversity. We don’t all have black, brown, Native American, Asian, and LGBTQ, AEIOU and sometimes Y friends! It’s simply not reality. Maybe someone from BET needs to be donating money for the lack of diversity on that network. Nah, even black people don’t watch BET.

‘Friends’ sitcom creator mocked for pledging $4 million in reparations for her show’s lack of diversity https://t.co/oCuDxfP53C

“I’ve learned a lot in the last 20 years,” Kauffman said. “Admitting and accepting guilt is not easy. It’s painful looking at yourself in the mirror. I’m embarrassed that I didn’t know better 25 years ago.”

“In this case, I’m finally, literally putting my money where my mouth is,” Kauffman said of her donation. “I feel I was finally able to make some difference in the conversation.”

“I have to say, after agreeing to this and when I stopped sweating, it didn’t unburden me, but it lifted me up. But until in my next production, I can do it right, it isn’t over. I want to make sure from now on in every production I do that I am conscious in hiring people of color and actively pursue young writers of color. I want to know I will act differently from now on. And then I will feel unburdened.”

Let’s deconstruct that, shall we? What Kauffman is basically doing here is saying ‘hey, I’ll donate 4 million now if you don’t cancel me later’. She is basically making a down payment to the woke mob to shield her from future criticism.

To me this is literally like the Black Lives Matters signs you see in the yards of upscale white neighborhoods. They don’t really care; they just don’t want the repercussions from seeming not to care.

Folks, this is a disgusting step backwards. Kauffman is making amends for a problem that didn’t exist. Who cares, besides her, that an almost 30-year-old show didn’t have enough black people in it??

Congratulations Marta Kauffman! You are the best white person ever!