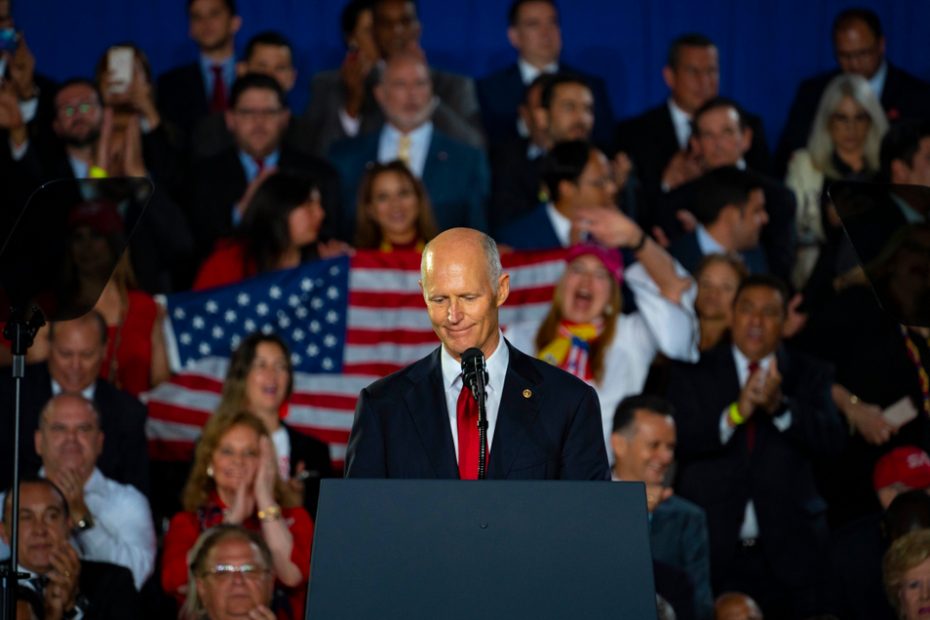 Calls for President Biden to resign came from none other than senator Rick Scott on Tuesday. The senator alleged that Biden was mentally unfit to carry out his duties as President. “The most effective thing Joe Biden can do to solve the inflation crisis he created is resign. He’s the problem,” Scott, R-Fla., said Tuesday ahead of Biden’s planned remarks on inflation. “Let’s be honest here. Joe Biden is unwell. He’s unfit for office. He’s incoherent, incapacitated and confused. He doesn’t know where he is half the time. He’s incapable of leading and he’s incapable of carrying out his duties,” Scott added.

If Biden wants to actually fix the inflation crisis he created, he should resign. https://t.co/KqrCqgheI2

These comments come amid multiple gaffes by Biden of late, including needing to be rounded up by the Easter Bunny, and a hilarious skit by Saudi Arabian comedians on his inability just stay on track. Then Biden delivered a disastrous inflation speech just recently which has led to the mockery of the Biden regime on Twitter. During the speech Biden was visibly bumbling over his words, forgetting what he was going to say, and even said that the inflation strengthened America at one point. He said that he could understand the frustration of the common peasants, this is paraphrased of course, that he could taste it.

Biden's speech is just…yikes. Hard to follow, harder still with all the lies:

WaPo has debunked his claims on who wants to raise taxes.

Moody's has debunked his claims on the deficit.

This is making my Blood Pressure Rise & Working my last nerves. What Plan Biden ? pic.twitter.com/LjNDCLFBik

The truth is it is highly doubtful that anyone in the Biden regime has an infant that they are worried will have food. It’s doubtful anyone in the Biden regime has had to drive six hours for one can of formula. It is doubtful that anyone in this administration has had to cut their formula with baby food just to make sure the child had food. These are burdens typical in a country where in hyperinflation is happening, poverty reigns supreme, with corrupt leaders, and no justice for the people. Senator Rick Scott is asking for Biden to resign and while we applaud him for pointing out the leadership of this country is sorely lacking, we need more than just Biden to resign. We need to clean out the entire establishment.

The stock market is tanking again today, meaning we are rapidly approaching the stock market turning negative for the 18 months Joe Biden has been in office. It’s truly remarkable how Biden is failing on every possible issue simultaneously. I’ve never seen anything like it.

The reason nothing ever changes is because the people making these terrible laws and parasitizing the public tax coffers stay in charge for decades. we need term limits for Congress and the Senate immediately. Why is it that only the president has term limits. Conservatives pride themselves on fighting for a limited government, but never push forward the agenda for term limits. Biden can’t destroy this country all by himself. While it’s clear that Biden is the figurehead for the people who are destroying this country, he is no more capable of doing that on his own than anyone else. It is the army of degenerates beneath him lifting him as their figurehead, calling on him to state these things, using his name to do despicable deeds to our country. It doesn’t mean he is absolved of all this but it’s clear his mental functions have decreased and we must take into account that cognitive decline impairs one to fight back. We also must accept that we have an insurgency in our own government against the people and that term limits is just the beginning of what we need to do to make sure this never happens again.

If term limits are good for the Presidency why not Congress? #DraintheSwamp. #GetridofMitchMcConnell

First we come for the term limits. Once that's done, a likely progression is to talk about limiting Congressional perks, benefits, and pensions. Congress should live under the same conditions as the rest of us! #TermLimits #TermLimitCongress pic.twitter.com/iareIYG4Rh

Career politicians on both sides of the aisle have spent their time in DC ignoring the will of the voters they represent.

In Congress, I will vote for term limits and restore power to the people! pic.twitter.com/vaftO6271f