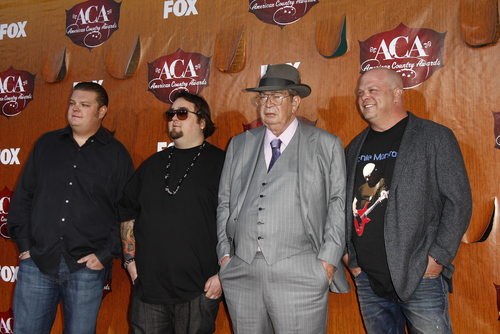 As a result of the United States’ struggles with inflation and growing consumer costs, pawn shops all over the country are reporting an increase in the number of customers buying and selling items.

Rick Harrison, the host of the television show Pawn Stars, appeared on Monday’s episode of Fox & Friends to examine the impact that increased pricing has had on his ability to remain in business.

Harrison commented to Fox News host Steve Doocy, that inflation is a double-edged sword for him because, as a pawn shop owner, he can buy more items at real low prices, but it’s sad when he sees people come in and sell their things out of desperation.

Fox News would go on to report Rick saying:

you have like small business owners and a lot of them got so much PPP money and now the ERC money is coming into all of them. They’re getting tons of money, which is driving up the price of collectibles and everything else like that, but Middle America, it’s just… crushing them.”

Harrison called rampant inflation “devastating” for lower-income families who are trying to stay afloat amid the current economic woes.

Rick would say that when he talks to folks selling items in his shop, most of them are from the lower or middling class. The host of Pawn Stars would go on to say the situation is heartbreaking because, as of right now, the US has about an 8.6 percent inflation.

He would then correct himself and say, “Inflation is not 8%,” but rather it’s an inflation of 25 percent.

Harrison would conclude his interview by saying it’s getting harder and harder to stay in business, and we have a government that the Biden admin has no understanding of what it’s doing.

As a result of skyrocketing prices at the petrol pump and grocery stores, the United States is currently experiencing a level of inflation that has not been seen in forty years. Critics assert that the supply chain crisis has contributed to rising consumer prices, and as a result, the Biden administration has also received criticism for this issue.

Harrison has not been shy about his politics and support from President Donald Trump. In multiple interviews, Harrison has lauded Trump for creating the best US economy in over a hundred years. Harrison has also been quoted saying that Trump is one of the best US presidents ever to be voted in office.

Harrison’s support for Trump is no surprise considering under the Trump admin, businesses across the United States were thriving like never before. Still, now under the Biden admin, many small businesses have called it quits due to operating costs being too high.

If you would like to hear more from Rick, check out this awesome video of him at CPAC: