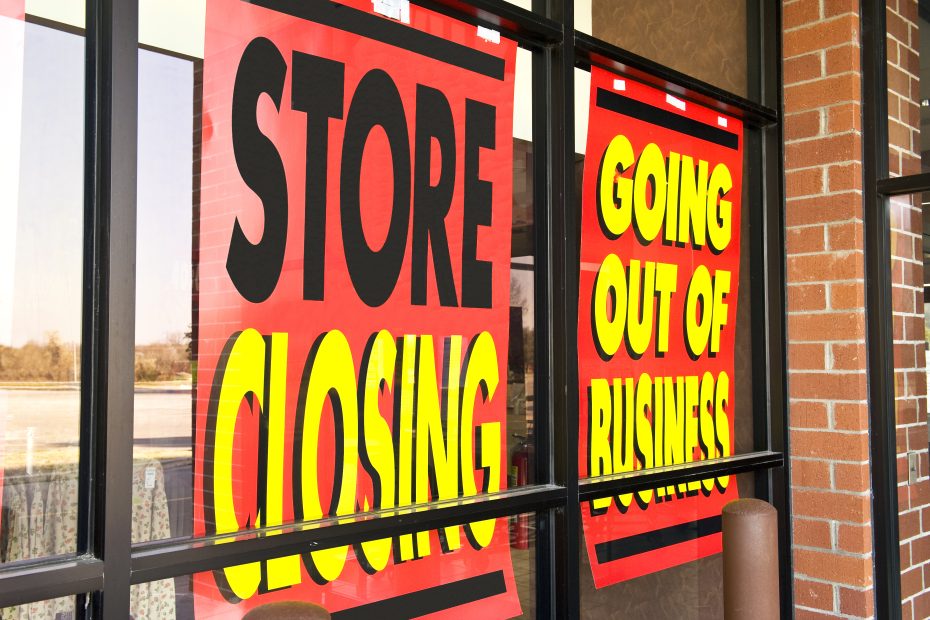 Team Biden has been cheering on the US economy like there’s no tomorrow, claiming that things are great despite how bad they’re looking thanks to the persistent inflation problem, gas price crisis, and problem employers are having finding people willing to work.

Well, not everyone in the establishment has such a cheery picture of the US economy in mind: the former CEO of Toys ‘R’ Us is ringing the alarm bell over the state of the US economy and claiming that retail bankruptcies are going to be hitting in full force by fall, obviously a major problem for the American economy.

Specifically, that former CEO, Gerald Storch, speaking on “Cavuto: Coast to Coast”, warned that small businesses and perhaps even some chains are going to start collapsing within months, saying “we’re going to see record bankruptcies in retail.”

Continuing his warning, Storch stressed that he foresees “decimation” for Main Street America, adding that not only mom and pop stores but also “those chains that have been struggling for years strategically and never got it right” will “going to have big problems as we round the bend here after the holidays.”

Emphasizing the timeline, Storch then said “So it’s going to really bite as we get to holidays and beyond.”

And why this fall? Storch claimed that the consumer spending problem, currently confined to lower-income Americans, will start to spread as more middle-class and perhaps even upper-class Americans start to feel the bite of a stock market fall and rising prices from rising inflation.

In his words, that pullback in consumer spending, the spending that keeps those Main Street stores alive, “is coming in from the bottom up” and so will soon start causing more problems as those who normally spend more stop doing so.

Continuing, he highlighted another area of concern, noting that “oddly enough the luxury consumer has not been hit yet.”

That is odd because, as he put it, “Usually when the stock market pulls back, luxury sales do too.” So, while “that hasn’t happened yet,” he continued, “we fully expect it to happen.”

And though a dire warning, that’s not all that Storch had to say. He also sounded the alarm over what the Federal Reserve is doing to fight inflation, highlighting that the current thing the Fed is doing is increasing interest rates, which is taking “stake to the heart” of American consumers.  ”

The goal of increasing those interest rates, the “only tool” the Fed has, as he put it, is to “make things too expensive and, therefore, finally the economy will slow down.”

Summarizing what’s going on, Storch noted that “So they’re kind of killing the patient in order to cure the patient. There is no soft landing here, it [inflation] is not transient, and it is not good.”

And that killing the patient will kill Main Street, causing yet more problems for the small businesses that are the backbone of the American middle class.