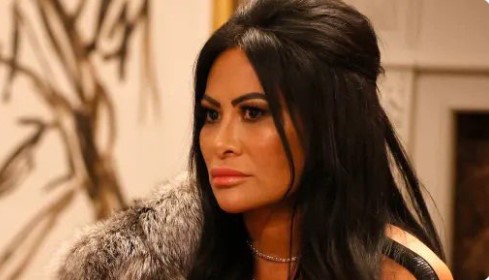 A “Real Housewives of Salt Lake City” star is in real trouble after pleading guilty to her part of an online telemarketing scam that targeted seniors. Jen Shah is in deep trouble after pleading guilty to a scam where she would provide ‘leads” to her fellow scammers and then take a cut of the ill-gotten gains. She is to be sentenced in a Federal Court in Manhattan on Friday, and prosecutors are seeking up to ten years for her part in the crime, which often resulted in victims being left penniless.

Disgraced “Real Housewives of Salt Lake City” star Jen Shah will be sentenced by a federal judge in Manhattan Friday for running a yearslong telemarketing scam that targeted elderly Americans.

Federal prosecutors want Judge Sidney Stein to hand the fallen reality TV star up to 10 years in prison over the scheme, arguing she helped siphon the life savings of her victims for nearly a decade.

“At the defendant’s direction, victims were defrauded over and over again until they had nothing left,” prosecutors wrote in their sentencing submission.

After learning on detail how Jen Shah’s victims felt after she defrauded them makes me wonder how she still has anyone supporting her. Her victims were left broke, suicidal, they lost their homes, were threatened by her camp. ELDERLY PEOPLE! Stop the excuses and sympathy #RHOSLC pic.twitter.com/WyjzHR2F6p

In the scam, Shah and her co-conspirators would provide names, or “leads” to others who would then contact them and convince them to invest in essentially worthless online projects. The scammers started in 2012 offering useless business services, and in some cases draining entire bank accounts. The world of telephone and online scams has exploded in recent years with phishing scams, car warranty scams and the famous “IRS” calls being among the most popular. It is unreal that people still fall for these dirty tricks, but it is a billion-dollar industry, mostly affecting those who can afford it the least, senior citizens.

“[Shah] and her co-conspirators persisted in their conduct until the victims’ bank accounts were empty, their credit cards were at their limits, and there was nothing more to take,” they wrote.

Shah, 49, pleaded guilty in July to one count of conspiracy to commit wire fraud for providing “leads” about who to target to a crew of telemarketers that duped victims into investing in dubious online projects.

The scammers offered their marks bogus business services beginning in 2012 — then pocketed the cash and provided the victims “products” and “services” that were of little or no value.

Shah pled out and admitted her role in the fraudulent activity, largely in hopes of getting a lighter sentence but it appears that she likely will be looking at a decade in federal prison.

“Ms. Shah’s piece of the puzzle, though important, was not enough to carry out this fraud without these other crucial pieces controlled and directed by experienced criminals (who were not Ms. Shah),” her attorneys wrote.

“There is neither reason nor evidence to place Ms. Shah at the ‘Godfather’ or ‘Kingpin’ level of this fraud,” they added.

Considering the nature of the crime, and the fact that numerous old people were financially crippled in such a way that they can never recover, Shah probably should get the maximum sentence. In fact, the penalties for these crimes should be stiffer. It is especially heinous to prey on elderly people that aren’t as well versed with technology or as aware of the scams that are going around the internet. Protecting seniors should be the as important as protecting our children, and until scumbags like Shah are put away to never see the light of day, scams like these will continue.