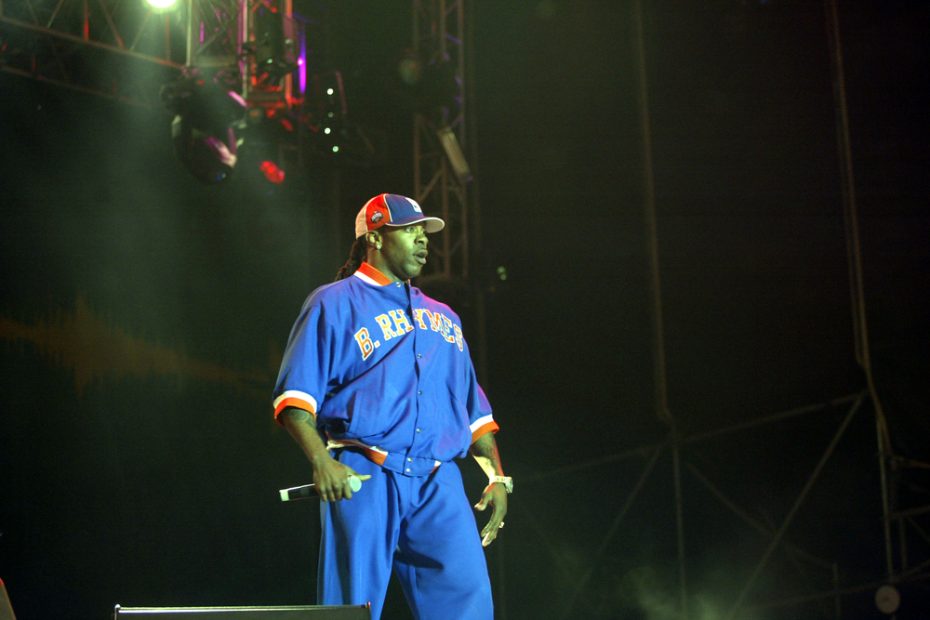 I’ve been to more concerts than I can recall.

Country, rock, metal, bluegrass, even rap. I will go to pretty much anything. Live music is my jam!

Over the years, I have seen lots of weird incidents as well. Fans fighting, people acting the fool, the occasional interaction between performer and fan.

I was at a concert once and the young lady next to me on the rail was on the phone yelling at her husband. The singer stopped and told her to get off the phone and listen to the show. I was embarrassed FOR her! (True story).

I have sung with a couple bands, moshed, and just about everything in between.

What I have never seen is an artis stop a show because a pretty girl was trying to touch him.

Then again, I have never seen rap legend Busta Rhymes. Recently Busta got fed up with a handsy female fan trying to get up all on him and had to stop his “Rhymes” and deliver a verbal rebuke, Busta Rhymes style!

Check this out from the Daily Caller:

Rapper Busta Rhymes stopped a recent show to tell off an audience member who kept reaching to touch him, and the whole interaction went viral online.

The woman kept reaching onto the stage to touch the iconic performer, and he clearly got sick of slapping her hand away, as seen in a video shared on TikTok. After she refused to stop reaching toward him, Rhymes yelled “stop the music” and told the girl and other members of the crowd to “back up.”

So much to unpack here. For starters, no offense to Busta, but who is such a big Rhymes fan that they just gotta get a little piece of him? This isn’t 1999!

I understand that the fifty-year-old rapper still has considerable swag, but he’s still a fifty-year-old dude. Aren’t many young ladies trying to paw on men our age.

When she didn’t reply, Rhymes turned to who he believed to be her date. “That’s your girl? What kinda sh-t you on that you’re gonna let her continue to grab at me?” Rhymes asked the woman’s date, who stands somewhat perplexed, vacantly staring at the star.

Oh snap, Busta bringing the heat! I one hundred percent believe everything Rhymes said. In that situation, I politely apologize, grab my shorty and bounce before Busta makes good and my shorty becomes my ex-shorty.

On a side note, I tried to “tame” a girl once. They are untamable. Like trying to get a housecat to fetch a stick. Not happening.

I also can honestly say I have never walked up to a woman and said “Ayo, shorty, you’re with your man, right”, but I’m not saying I won’t. I have never been that cool one time in my life, so I might have to try it.

“This is a weird day, a weird time,” Rhymes continued. “She touched me and shit, y’all got them little funny ass camera phones [filming], and I don’t agree with that. She might do some police s–t. I’m not with it.” He finally told the man to “take your girl and tell her to stand behind you. Stand behind your man, sweetheart”.

Busta, despite showing his age railing against those “funny ass camera phones”, is spot on here.

Rhymes ain’t trying to catch a case because some shorty got all up on him and the boyfriend decided to act like a man after that fact.

Nope, not today. Busta Rhymes ain’t going down like a fool.

A shorty and her man found that out the hard, and embarrassing way.