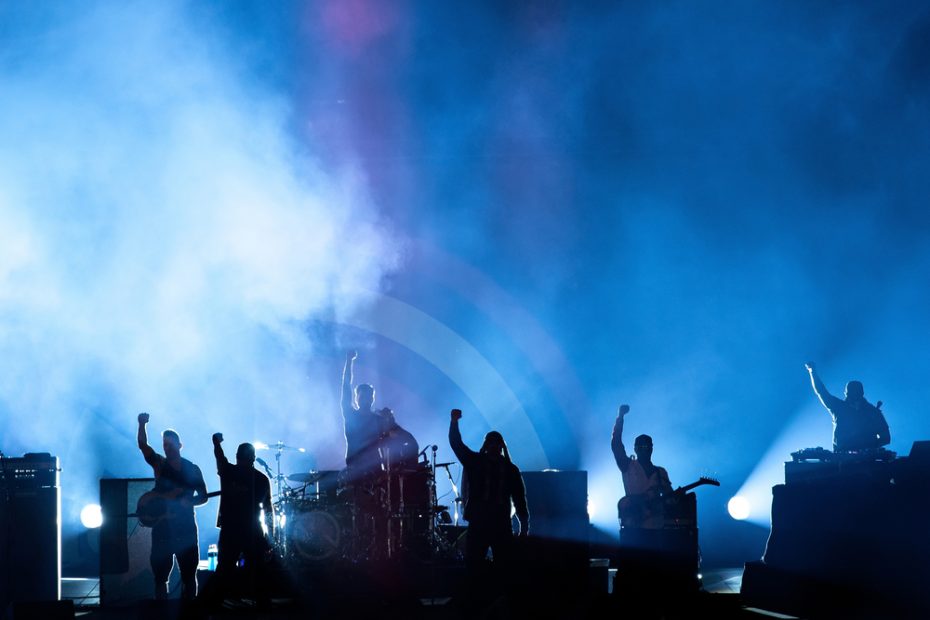 One of my once favorite bands and most popular bands of all time has turned to align with the beast kingdom of this world. During their long-awaited return – of ten years – they finally got back up on stage.

What once used to be a controversial band speaking out against tyrannical governments seems to align with them now with recent F-Trump signs in the past and now boiling hot with the Supreme Court’s choice to overturn Roe v. Wade and end the government’s need to kill unborn babies.

Many people all around who used to enjoy Rage Against the Machine have been seen on social media such as TikTok ejecting their CDs from their cars and tossing them out their windows, while others just have music playing in the background showing what the rockband stands for now in captions, contradicting each other.

Zack de la Rocha and his crew didn’t give any messages themselves or speak about it. They just grooved on while a huge screen behind them did all the talking. Takes you back to the good old days when they did things like this in music videos, only now they are one with the beast machine, calling to ‘abort the supreme court.’

Milwaukee Journal-Sentinel correspondent Piet Levy was close enough to the screen to survey the show and record a fragment of it where Rocha can be seen shouting over and over “freedom” while the video showing in the background flashed messages about abortion rights, gun violence, along with other far-left trash.

As per the video, Levi shot the screen read for a while: “Forced birth in a country that is the only wealthy country in the world without any guaranteed paid parental leave at the national level,” followed by “Forced birth in a country where Black birth-givers experience maternal mortality two to three times higher than that of white birth-givers.”

They were displaying things such as this and citing statistics from the U.S. Centers for Disease Control and Prevention. What a total flip from what the band used to stand for, but I’m sure if they were asked, they’d probably say that they always stood on this side of things.

I guess they aren’t rallying ’round the family with a pocket full of shells’ anymore, and instead ‘now testify’ against the people alongside the tyrants.

Rage Against the Machine has always been known for its creative music and impactful lyrics along with its music videos to depict things. The group has been around for a while – since 1991 – and really picked up steam in the year 200 when the album ‘Renegades’ came out. Later, they took an eight-year hiatus – quite a while – but soon announced in late 2019 that they’d be doing a world tour again. However, they were just in time for the covid pandemic. This saw their shows being delayed for a couple of years.

Now that they have finally been able to step back up on stage, they’ve done so with a new message. Probably gaining a few – or tons – of new fans and losing the true patriotic ones.

In addition to this, guitarist Tom Morello was also seen wearing a shirt that read “I [heart] CRT,” which is a reference to critical race theory. As if they couldn’t fall any lower. Thanks for the old music, you guys rocked – but it’s time to bid farewell and clean out some old playlists.