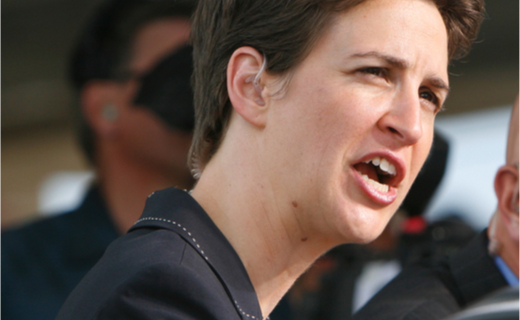 The forced experiment of MSNBC’s “The Rachel Maddow Show” taking up barely a fifth of the network’s weekday 9 p.m. ET airtime has flopped at attracting viewers, particularly among the key demographic that keeps the headlights on.

Maddow, who earns around $30 million a year, said in May that she would only broadcast “The Rachel Maddow Show” once a week, on Mondays, in order to devote more time to other projects. The coveted 9 p.m. ET hour that she has long owned is now occupied by “MSNBC Prime,” which will be hosted by a rotating set of hosts for the balance of the week.

The results haven’t been kind to the left-wing network so far, as reported.

Since its launch on May 3, “MSNBC Prime” has averaged 1.2 million viewers, down 33% from the 1.7 million Maddow drew from the start of the year through her first once-weekly program.

Even worse, “MSNBC Prime” has only garnered 114,000 average nightly watchers among the important demographic of adults aged 25-54, a 47 percent drop from the 214,000 Maddow averaged through May 2.

Since the introduction of MSNBC Prime, Fox News’ 9 p.m. ET schedule competitor, “Hannity,” has destroyed “MSNBC Prime” by 252 percent among the key demo.

However, while “MSNBC Prime” has failed to maintain the viewers that “The Rachel Maddow Show” received before its namesake presenter declared a reduced workload, recent patterns indicate that viewers may not be happy with the network’s biggest star’s only-on-Mondays arrangement.

On May 23, the now-weekly version of Maddow’s show averaged barely 160,000 viewers in the key demo. The disturbingly low attendance among advertisers-coveted viewers was down 30% compared to her May 16 broadcast and 42% in comparison to the May 9 edition.

“The numbers don’t lie that MSNBC has cratered in primetime and there’s no reason to think things won’t get any worse. For a group of people in power, they’ve continued to seethe and show such venom and hostility toward anyone who disagrees with them. Needless to say, it’s a recipe for low ratings,” Curtis Houck, managing editor of NewsBusters, told Fox News Digital.

In the critical category, “Hannity” outperformed Maddow by 165 percent, while FNC programs that air at 6 a.m. ET & midnight defeated her as well.