‘I Don’t Want to Think About it Anymore’: Queen was ‘Hurt and Exhausted’ by Harry and Meghan’s Antics 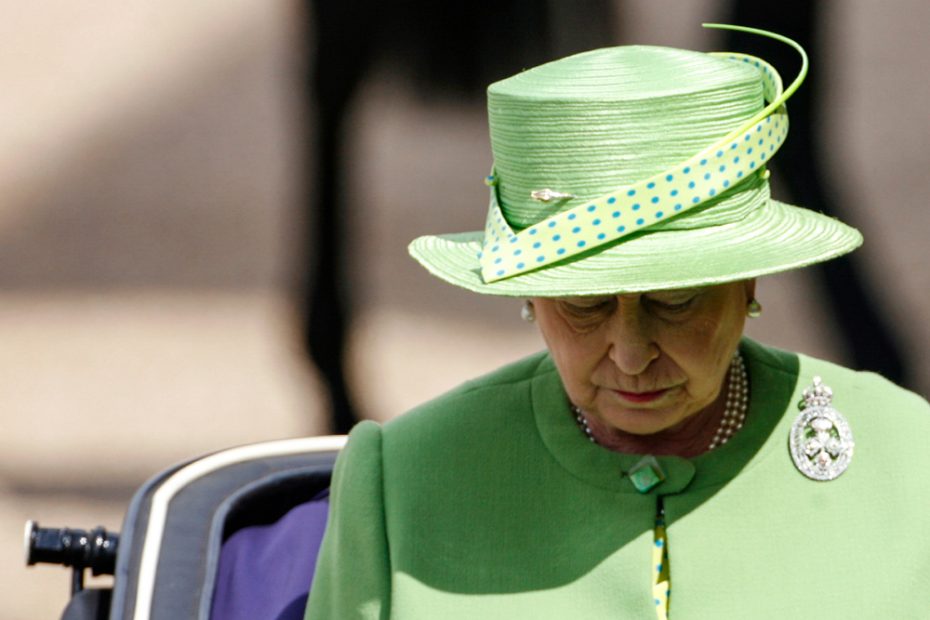 An explosive new book has revealed inside information about the ongoing rift between Harry and Meghan and the Royal Family including how the Sussexes hurt the Queen in her final years. Author of The New Royals – Queen Elizabeth’s Legacy and the Future of the Crown, Katie Nicholl claims a source told her that the Queen had been left “hurt and exhausted” as the Harry and Meghan saga played out after their wedding and the pair decided to leave their royal duties behind – a concept which would have been unthinkable to Her Majesty who served her citizens for 70 years.

The book, an extract of which was published in Vanity Fair, claims the Queen said she did not want to think or talk about the pair leaving and that she was disappointed they had declined her invitation to take her great-grandchildren, Archie, 3, and Lilibet, 1, to her annual ‘sleepover’ at Sandringham country estate. When the Queen was asked about the couple leaving to start a new life in Hollywood, the source said: “[The Queen] was very hurt and told me, “I don’t know, I don’t care, and I don’t want to think about it anymore“.”

Happy Birthday, Prince Harry. As you mourn the loss of your Granny, the Queen, I sincerely hope that you are comforted by the precious memories that both you & Meghan were able to share with her.

Despite your grief, I still wish you a wonderful day.❤️ pic.twitter.com/TMLZditcJ2

The source went on to say that she was very disappointed that the pair moving away in her twilight years meant she could not ever get to know Archie and Lilibet. The Sussexes have batted away numerous olive branches from the Royal Family since enjoying their lavish, tax-payer-funded wedding in May 2018.

As the Queen arrived at her Scottish castle and estate, Balmoral, where she died on September, 8, she reportedly invited the Sussexes to visit her there. The Queen would spend a few weeks at Balmoral every summer, and numerous other members of the Royal family visited her this year. Harry and Meghan reportedly snubbed their last chance to see the Queen, Harry’s grandmother, alive and she died at Balmoral a few short weeks later.

Just days before the Queen’s death, a palace insider revealed that she had been left incredibly strained “waiting for the next nuclear bomb” to go off as Meghan launched her podcast, Archetypes, which she used as a platform to attack the Royal Family.

Along with Harry they broke the Queen's heart. #QueenElizabethII pic.twitter.com/mf0W5FMln1

“She doesn’t want to be on tenterhooks all the time, waiting to see what the next nuclear bomb will be – that will take its toll,” said the source just two weeks before the Queen passed away.

Harry’s father, King Charles, has made numerous attempts to reach out to his son both privately and publicly. In 2021, (then) Prince Charles was, according to royal expert, Nick Bullen, “incredibly sad” about everything that had gone on. After Meghan used her spiteful podcast to make the claim that Harry had “lost his dad”, Charles, who had been spending time with the Queen at Balmoral just before her death, reportedly felt “bewildered” by the continuous, “painful” attacks against the family.

Prince William, Prince of Wales and Prince Harry, Duke of Sussex follow the coffin of Queen Elizabeth II, draped in a Royal Standard and adorned with the Imperial State Crown and the Sovereign's orb and sceptre from the Abbey

Despite their awful behavior right up until the end, King Charles once again offered Harry and Meghan an olive branch in his first address as King. The new monarch said “I want also to express my love for Harry and Meghan as they continue to build their lives overseas”.

While many have hoped that the Queen’s death will have softened Harry and Meghan and prompted them to change their behavior, reports today have revealed that the pair once again snubbed an invite to a family dinner with King Charles and Harry’s brother, William because Meghan had been banned from visiting the dying Queen at Balmoral.

The Sussexes have now returned to Hollywood. It’s yet to be seen if their attacks will now stop, but it seems unlikely considering Meghan has more podcasts to do and Harry’s tell-all book is set to be released soon.