Putin To Give Russian Women $16K For Giving Birth! 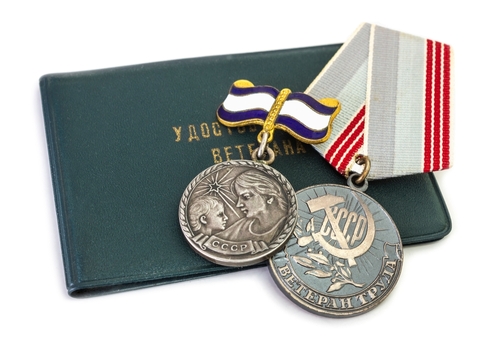 This title is for women with ten or more children, as it confronts a population decline that spiked since it invaded Ukraine on Feb. 24. Russia’s overall population has declined in recent years. According to the United Nations data, the country’s “working-age population” has also diminished yearly since 2010.

A study also found that Russia has a current birth rate of 11.617 births per 1,000 people, a 2.42% decline from 2021. Russia’s declining and aging population has always been predicted to constrain growth in the coming decades. CBNC reports that the Russian population fell by a record 86,000 people a month from January to May this year from the previous record of 57,000 people a month in 2002. Rosstat said the overall population now totaled 145.1 million.

The President’s decree this week says that the title will be awarded to those who “birth and raise” 10 Russian citizens. A sum of 1 million Russian rubles, more than $16,000, kicks in when the 10th natural-born child celebrates his or her first birthday.

This new decree adds that eligible recipients will receive a five-pointed golden star medal, commemorating the mother’s commitment to replenishing Russia’s population. In addition, their ranks will be equivalent to those with the titles “Hero of the Russian Federation,” usually awarded for bravery, and “Hero of Labor,” awarded for service to the state.

Putin’s decree, however, had some additional qualifications. Firstly, all ten children must have been given the “appropriate level of care for health, education, physical, spiritual and moral development,” though the assessment process was not specified. In addition, all ten children must be alive unless they died during military, official or civic service or in a terrorist attack.

Rebekah Koffler recently told the media that she remembers the “Mother Heroine” title as a young girl growing up in the Soviet Union. Koffler is a former U.S. Defense Intelligence Agency intelligence officer focused on Russia and the author of “Putin’s Playbook: Russia’s Secret Plan to Defeat America.” She said, “Putin is reviving this Soviet-era tactic to offset the impact of his war on Ukraine, in which thousands of young, child-producing-age men are dying.”

Koffler added, “But the truth is no rational young woman will have 10 children in Russia. First, the economic conditions don’t allow this; there’s no culture of having so many children. Since religion was outlawed in the USSR, the religious groups, like Catholics, who would otherwise have many children, do not.”

Kofler also recalled Putin’s efforts to increase Russia’s population a decade ago. He introduced a holiday called “National Conception Day” (Sept. 12, 2007), which allowed Russian citizens to focus solely on conceiving a child for those 24 hours. She also believes this new effort will yield little to no results, just like in 2007.