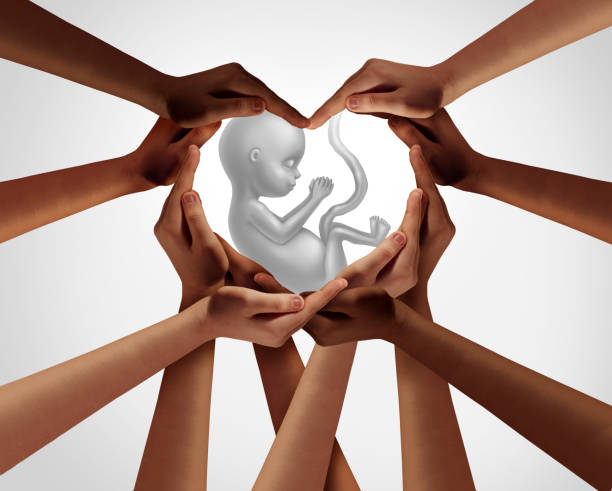 An 84-year-old volunteer and pro-life advocate in Michigan was shot while canvassing door-to-door. She was allegedly shot while handing out pro-life pamphlets, which were in protest of a state-proposed abortion measure. According to a statement from Right to Life of Michigan, a “heated conversation” occurred on Sept. 20 between a local volunteer and an occupant of a home in Odessa, a small community near Grand Rapids. As the volunteer was leaving the residence, she was allegedly shot in the rear part of her shoulder by a man who wasn’t even a part of the argument.

The woman, who wishes to remain anonymous, drove herself to the Odessa Police Department to report the shooting.

An 84-year-old woman canvassing in Michigan was shot in the shoulder while having a heated discussion at a person’s home.

She was taken to the hospital for treatment and then later released. The woman is recovering from her gunshot wound and is in good spirits. She says she plans to campaign again, Right to Life of Michigan communications and education director Anna Visser said.

“She is a strong, dedicated, longtime, pro-life volunteer who is not easily intimidated. We are happy she is OK. No one deserves to be shot for their beliefs, whatever they may be,” Visser said.

Visser also said that the Michigan State Police are investigating the shooting and that Right to Life Michigan is waiting for the police report.

“Whatever happens, we will continue to have volunteers go door-to-door. To our people, the cause of saving innocent lives is so important that it warrants the risk. We will not be intimidated.”

According to the Right to Life statement, the victim said that she doesn’t know the identity of the man who allegedly shot her or his motive. She was also out canvassing by herself, which is something Right To Life Michigan discourages its volunteers from doing. “We strongly encourage all volunteers to be cautious and go out in pairs or in small groups. And they should watch for ‘No Soliciting’ signs.”

Law enforcement sources confirm that there was an argument while she (the victim) was passing out pamphlets. These pamphlets explained why Proposal 3, a ballot proposal initiated by citizens that seek to grant abortion access through the state’s constitution, contains information that is “so misleading and dangerous.”

“The majority of Michiganders know that abortion is health care,” Loren Khogali, executive director of the ACLU of Michigan, wrote on the organization’s website. “Michigan is on the right side of history as we lead the way with Reproductive Freedom for All. The Supreme Court’s overturn of Roe v. Wade will not take away the rights and freedoms of people in Michigan to determine if and when they become a parent.” They also said that they would not allow the overturning of Roe Vs. Wade to force pregnancy on them, nor will they stand by and watch the “impacts of a post-Roe world disproportionately impact people of color” or hinder the rights of those who are part of the LGBTQ communities.

The Great Lakes Justice Center (GLJC), which opposes the RRFI, recently posted details on what it calls “the perils of Proposal 3.”

According to the GLJC, this amendment would give any ” individuals’ right to reproductive freedom,” including children. It would allow a minor to obtain an abortion without the knowledge or consent of the child’s parents and also gives the child the right to have a sex change without the parents’ knowledge or consent. This is egregious. The amendment goes further than that. The amendment will protect an adult and a child from having sex if the child consents to it.

By passing these new “reproductive freedom rights,” the state of Michigan would essentially be invalidating numerous current laws to protect women, children, and parents.

The man who shot the 84-year-old volunteer and pro-life advocate claims it was an accident.

Man Who Allegedly Shot 84-Year-Old Pro-Life Activist: ‘It Was an Accident’ https://t.co/sILAs7u3Pz