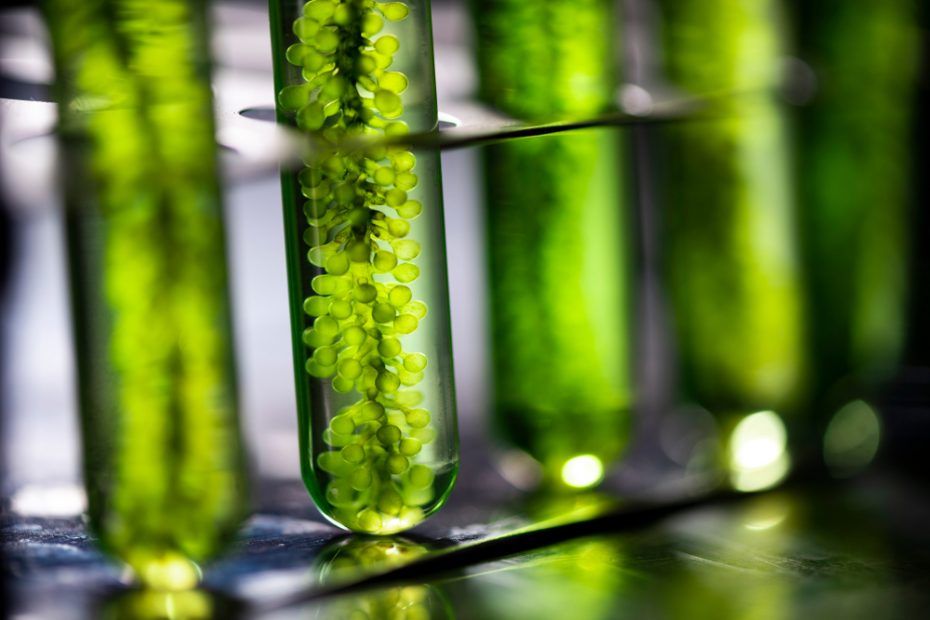 How cool would it be to be able to power your cell phone off of algae? Imagine waking up and plugging your tablet or laptop into a tiny little blue and green device with sunlight shining through it. Inside that device, there would be algae growing in a water solution which produces all the energy you are highly efficient microdevice needs. Imagine the only thing you had to do to make sure you had plenty of energy day and night for your microdevice was to set your little blue-green lamp in the sunlight. They might even be in decorative glass pieces in the shapes of hearts, ducks, or flowers. A whole new market could open up for these miniature power plants made with algae. Scientists have found that they can use algae to harvest energy from the sun through photosynthesis. It only generates enough power for a AA battery. However, it’s free solar power from photosynthesis, and it’s portable too.

Scientists discovered common nontoxic algae called Synechocystis that will generate a tiny electric current when it interacts with aluminum electrodes. Scientists have found that it makes enough energy to power a microprocessor. They created the system from inexpensive and recyclable materials cariad. The researchers felt this would be best used in off-grid or survival situations. It would be extremely helpful in remote situations such as the bush of Africa, out in the rural areas of India, or even some places in the heartland of the United States.

The algae power plant doesn’t run down the way a battery would because it’s always making more energy through photosynthesis. The device they made worked for over six months under natural light conditions and different temperatures and continues to work today. The algae didn’t need to be fed because it made its food through photosynthesis of the sun’s rays. It even continued to produce power through darkness because it processed some of its food even when there was no light. This may be a solution as we move forward because powering billions of things on lithium-ion batteries is impractical and highly polluting.

Researchers have used a widespread species of blue-green algae to power a microprocessor continuously for a year—and counting—using nothing but ambient light and water. Their system has potential as a reliable and renewable way to power small devices https://t.co/VWK1sUL7Vs

We may be able to farm our energy with algae in the future. Our children may carry around little lanterns filled with this algae and then plug them into their devices to lazily lay back and watch YouTube and charge their devices simultaneously. It remains to be seen if there’s any way to commercially produce this as we have with solar power panels and batteries. It would be exciting to see this pop up on the market for use in the home, at work, at schools, and everywhere else. Even if they just created a science kit based on this research, we could at least teach children about the possibilities of generating energy through photosynthesis. What an exciting idea and a cool project!