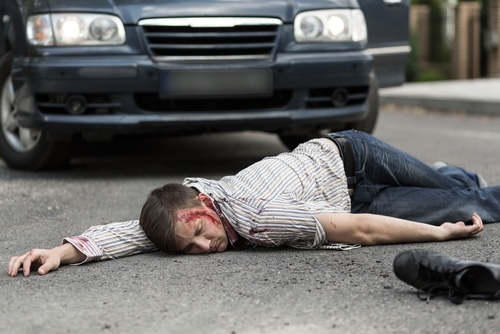 Los Angeles police department has announced that they are searching for suspects who hit and killed a teen. This happened at an underground party at a warehouse in LA’s Florence neighborhood.  According to Officer Norma Eisenman of the LAPD’s Media Relations Division, the death occurred shortly before 3 a.m. in the area of Avalon Blvd. and 62nd St.

The deceased teenager was identified as 17-year-old Matthew Lobos, a  senior at Santee High School who had also attended the party with over 100 people in attendance. The LAPD also said that he had “engaged in a physical dispute” with the suspects at the party.

Shortly after the fight, the suspects got into a black SUV and drove towards Lobos. The second suspect got out of the SUV and went into an unattended parked vehicle with the engine running outside a residence. The vehicle was recognized to be a White Acura.

Both vehicles drove a short distance before turning around and heading back to the party. The driver of the Acura upon getting back to Lobos deliberately ran into him. The black SUV followed suit and also hit Lobos who was already lying on the ground.

After the hit, one of Lobis’s friends tried to drag his body out of the street, but the driver of the white Acura beat him to it, driving into his body once more. After completing his mission, he abandoned the Acura which he had also crashed into a light pole then got back into the SUV with his partner in crime. They immediately zoomed off after Lobis was proclaimed dead at the scene.

Eisenman mentioned that the LAPD had begun investigations to determine if the killing was gang-related. However, Lobos’s family had assured that the teenager was not a gang member.

Lobos’ brother Nicholas Lobos said, “It was intentional. It was on purpose. Everything was intentional. He was trying to break up a fight. Guy threw the first punch and it went on from there.“

Following Lobos’s death, his aunt set up a GoFundMe to fundraise $14,000 for Lobos’ grieving mother and the account had raised over $16,000 on Monday.

The aunt, Laura Valenzuela Arce, wrote, “On the early hours of Sunday the 21st of August, my dear 17-year-old nephew had his life tragically taken away. Just 5 months before his 18th birthday he was stuck by 2 unknown vehicles with the intent to kill.“

She also told the press that “He was the literal center of the family. He literally made parties happen. He came and made sure everyone was fine…He was just a really great and fun-loving kid.“

The LAPD is still investigating the incident and searching for the two suspects. Anyone with information about the incident or the black SUV is being urged to call the missing person’s unit at LAPD’s Newton station. The numbers provided we’re 323-846-6547 or Crime Stoppers at 800-222-8477.

CBS News reported that officers have found the White Acura. However, they have not been able to locate the black vehicle or determine the motive for the attack.