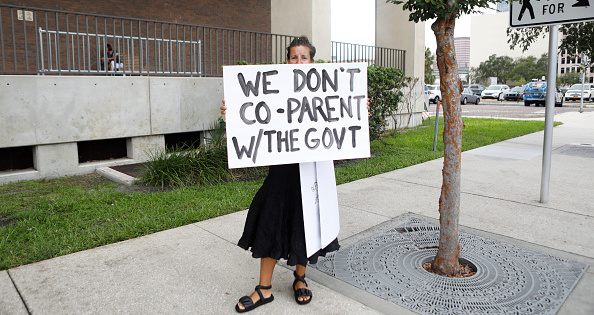 Fenicia Redman of Chester County near Philadelphia has had enough of obscene books being available at her kids’ school library. She has urged school officials to remove sexually explicit and offensive materials from her child’s school library. Still, they refuse to, so she has taken the issue to federal court.

This fired-up mom is asking a judge on the federal circuit to remove all obscene materials from all U.S. schools.

“I want a nationwide emergency injunction before these kids go back to school,” Ms. Redman said. “I am the mother of a child who is being criminally victimized.”

After urging school officials to remove these books from the library at her kid’s school, Ms. Redman did some research of her own. She found that by allowing sexually explicit materials to be available on the bookshelves of schools all over the country, school officials were coming into direct conflict with what is known as the Federal Obscenity Law. By conflicting with this law, schools allowing sexually explicit books on the shelves in school libraries are breaking the law as it is illegal to show material of this nature to minors. And it very well should be.

According to the Supreme Court, “transmitting obscenity and child pornography, whether via the Internet or other means, is… illegal under federal law for both adults and juveniles.”

The U.S Department of Justice uses what is called the three-Prong “Miller Test” to determine whether or not material is obscene. This is the current criteria they are using:

Just look at the reference above, and you’ll be able to determine for yourself that the material being allowed in schools across the country is degrading, shameful, sexual in nature, and has a morbid interest. Any “reasonable” person would agree.

Sections 1466A and Section 1470 of Title 18 of the Obscenity law clearly explain what is and isn’t acceptable regarding minors.

Section 1466A of Title 18 prohibits engaging in the business of selling or transferring obscene matters involving minors. A first-time offender convicted under this statute could face fines and at least five years with a maximum of 20 years in prison. Ouch.

Section 1470 of Title 18 prohibits transferring or attempting to transfer obscene or sexually explicit material using the U.S. mail or any means or facility of interstate or foreign commerce to a minor under 16 years old. Those convicted could face up to 10 years in prison.

“I have a fire in my belly, and the only thing that will quench it is to see these people in jail,” Redman said. She was referring to the school officials who have repeatedly ignored her pleas to remove the offensive materials from school libraries.

Instead of achieving her goal of having the books removed, Fenicia Redman has been labeled a “Homophobe” instead.

But Redman says she is not opposed to students in the LGBTQ community. “I’ve said in a school board meeting, ‘To the LGBTQ students, your parents love you. And students, be kind to your peers.’ I’ve never been opposed to LGBTQ,” Redman said. It is not the students who are part of the LGBTQ community she opposes; it is the graphically sexual content she is fighting to have removed for the benefit of all minors. “It is criminal to show this material.”

After getting nowhere with the local school board, she took her fight to the Pennsylvania Capitol in Harrisburg, where she brought blown-up signs depicting the books she wanted to be removed from school libraries. Some of these titles include: “The Complete Idiot’s Guide to Tantric Sex,” “Gender Queer,” “Push,” and “All Boys Aren’t Blue. Ms. Redmond has served the Great Valley School District school board with notices of intent to sue.

Taking over school boards is the way to fight back.