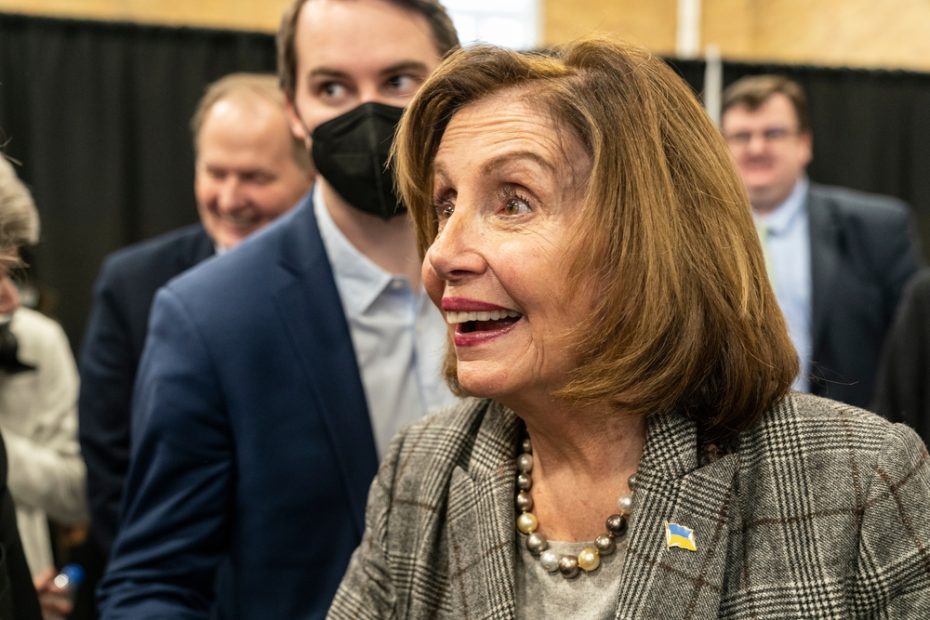 The Deputy Chief of Staff for House Speaker Nancy Pelosi, Drew Hammill, posted Twitter comments this morning on a news story about the now-infamous elbow-shove that the daughter of newly elected Rep Myra Flores (R-TX) endured from Nancy Pelosi at a swearing-in ceremony last week.

Hammill did not deny the elbow-shoving occurred, instead, he attempted to shame the news agencies that covered the story and claimed that Pelosi was only being helpful.  Hammill threw shade at any news agency covering the shove in a bad light, by labeling them “news outlets”–of course, the scare quotes seem to infer that such news agencies are not real news.

Hammill first posted in response to a Fox News Tweet that stated “Texas GOP Rep. Mayra Flores says Speaker Nancy Pelosi ‘pushed’ her daughter during photo op” at 8:01 AM, tweeting that “It’s sad to see “news outlets” that know better misrepresent the Speaker’s effort to ensure Rep. Flores’ daughters wouldn’t be hidden behind her in all of the photos of such an important moment for their family.”

It’s sad to see “news outlets” that know better misrepresent the Speaker’s effort to ensure Rep. Flores’ daughters wouldn’t be hidden behind her in all of the photos of such an important moment for their family. https://t.co/Dm0oXtwF7V pic.twitter.com/KDyI4MfaOj

Hammill took the position that if it wasn’t for Pelosi’s elbow shove, the young girl would have been left out of the photos, who was standing beside Pelosi, not behind her.  Though the young girl was understandably a little fidgety, she never moved from her spot.  Most adults would have a hard time standing still after having Nancy Pelosi shove her face that close to them, so kudos to that brave young girl.

As proof that there was no ill intent on Pelosi’s part, Hammill then posted a second tweet with a video that shows Pelosi greeting Myra Flores and her family.  Hammill claimed that the video showed the “Speaker graciously greeting Rep. Flores’ children and telling them about the room they are in.”

And here’s more footage of the Speaker graciously greeting Rep. Flores’ children and telling them about the room they are in. https://t.co/DNEEr4XbWH pic.twitter.com/gpJ5fXYEKr

It is not clear why Hammill believes that a video that shows Nancy Pelosi talking to the Flores family is proof that she only shoves people with her elbow when she is being “gracious”, but it seems we are supposed to take his word for it.

An article from The Gateway Pundit reported on the incident:  From an earlier TGP report: The older girl was standing next to Pelosi as photographers took pictures of the ceremony. At first, Pelosi looked down at the girl and defined her space with a light elbow touch to the girl’s left shoulder. In response, the girl dutifully took one step away from Pelosi. But after posing for the mock swearing-in with her right hand raised, Pelosi started broadly waving her hand in grand gestures as she often does while speaking. Pelosi again looked down at the girl and this time sharply elbowed her in the shoulder and gave her a shove. The girl swayed and moved one step away. Right after that, however, the girl stood close to Pelosi as family photos were taken without being shoved again.

This is the first known response from Pelosi’s office on the incident, time will tell if the attempted narrative of Pelosi is gracious and helpful when she shoves children will hold.