Paws-Itively Horrifying: NIH Under Fire for Experiments on Puppies 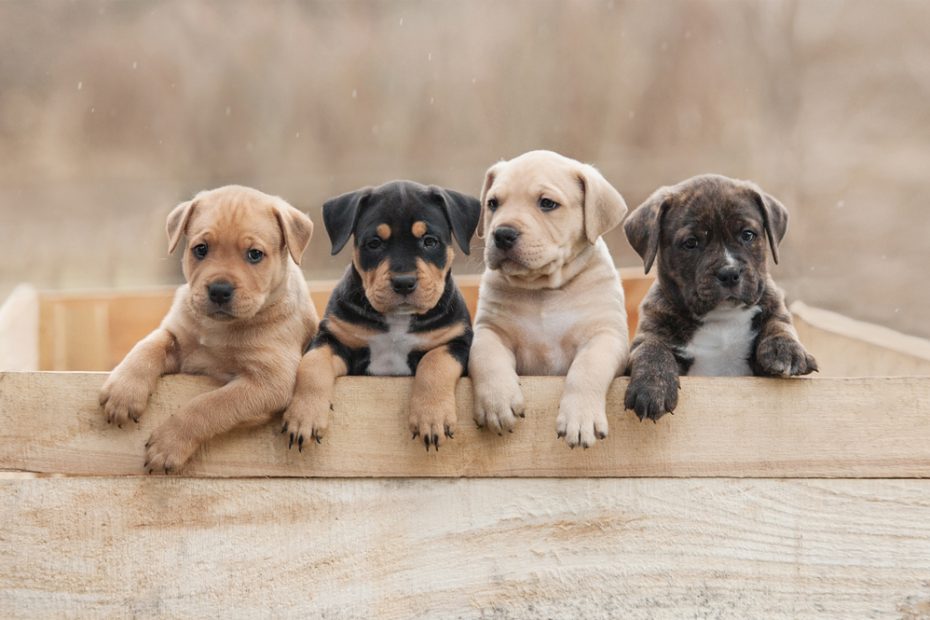 Doctor Anthony Fauci and his ghouls at the NIH are at it again. This time instead of botching coronavirus or funding gain-of-function research at Wuhan, they are up to something way more insidious and heartbreaking.

Who doesn’t love a puppy? They are sweet, smell good, have floppy ears, and give the best kisses. Well, apparently the mad scientists at the NIH don’t! According to the Washington Free Beacon:

The National Institutes of Health is facing a congressional investigation for conducting a slate of “invasive, painful, and potentially deadly procedures” on puppies as young as six months old—all at taxpayers’ expense.

Sen. Joni Ernst (R., Iowa) is requesting the NIH’s National Institute of Allergy and Infectious Diseases, which is helmed by Dr. Anthony Fauci, disclose information about a $1.8 million taxpayer-funded trial that will force-feedn puppies experimental hay fever drugs, according to a copy of the probe obtained exclusively by the Washington Free Beacon.

Are you kidding me? Do puppies get hay fever? I’ve heard a puppy sneeze and it’s adorable! How can the evil, sick, twisted people at the NIH do experiments on innocent puppies? Oh, I forgot these are Fauci’s people.

Fauci owes the American people some answers on a lot of things…including a nearly $2 million contract to do harmful experiments on dogs! https://t.co/JFOWTYHAKl

The absolute level of depravity and heartlessness that it takes to torment innocent animals like this is beyond my understanding.

The investigation was prompted by a Free Beacon report last month detailing how the NIH allocated $1,836,453 for a contractor to test an experimental hay fever drug on mice, rats, and dogs, including puppies as young as six months old. The most severe symptoms of hay fever, also known as seasonal allergies, are a runny nose and sneezing.

Ernst seeks to discern why the NIH chose to experiment on dogs and puppies when alternative methods, such as guinea pigs as test subjects, were available. The Food and Drug Administration, which oversees medicines like those used to treat allergies, “does not mandate that human drugs be studied in dogs”—making the experiments all the more questionable, according to Ernst.

Over one million dollars to contract tests on animals? Granted, I’m ok with guinea pigs, mice, and rats, but puppies? Maybe that’s wrong of me, but has anyone ever gotten a wet kiss from a rat? Not on purpose, that’s for sure.

“At least five different NIAID-funded tests on dogs, including puppies as young as six months old, are planned for this drug and will involve invasive, painful, and potentially deadly procedures,” Ernst wrote to Fauci on Thursday. “This taxpayer-funded dog testing commissioned by NIAID appears to be unnecessary. … NIAID’s contractor proposed an alternative, non-dog animal model to replace dogs for at least some testing.”

NIAID has a history of conducting animal experiments that lawmakers and experts describe as barbaric. NIAID paid for dogs to have their vocal cords cut out so they could not bark during drug tests. In other experiments, dogs were infested with ticks and injected with cocaine. NIH also funded a lab in Russia that ran “horrific and barbaric experiments on 18 cats.”

Justin Goodman, senior vice president for advocacy and public policy at the White Coat Waste Project, praised Ernst for working to hold Fauci accountable for these tests “and demanding answers about his troubling plans to waste even more taxpayer dollars to abuse puppies in five cruel and unnecessary tests to evaluate a new drug to treat a runny nose.”

This is disgusting, barbaric, and unnecessary. Is hay fever such a public health concern that our tax dollars have to pay to torture puppies? It’s a runny nose for Pete’s sake.

I have a great idea! How about we save a few pups, and everyone’s favorite, overpaid bureaucrat gets some of this taxpayer-funded puppy love? See how much Tony Fauci likes it when he is force-fed experimental hay fever medicine.

Nah, I’d rather keep him in good health so he can answer for his sins regarding Covid in 2024.