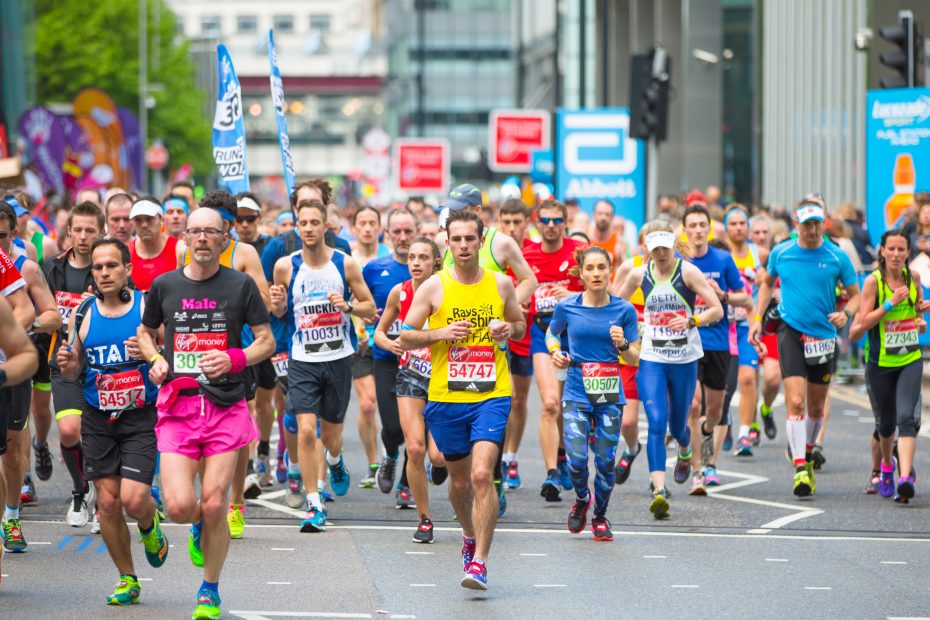 Parents who forced their 6-year-old son to run a full-length marathon alongside them are facing a backlash of criticism including from an Olympic athlete.

According to the Daily Mail, the child struggled and cried throughout the run but was encouraged to keep going by his pushy parents.

The couple wrote on their Instagram account, on which they regularly post about the physical achievements of their eight children, that Rainer had been “struggling physically and wanted to take a break and sit every three minutes” during the eight-and-a-half-hour ordeal.

The series of comments made by the family on the post say that Rainer had “cried” after seven hours pounding the pavement, but his father persuaded him to carry on by promising to buy him potato chips:

“After 7 hours, we finally got to mile 20 and only to find an abandoned table and empty boxes. He was crying and we were moving slow, so I told him I’d buy him two sleeves [of Pringles] if he kept moving”, wrote the relentless father.

Determined to make a name for themselves, The Crawfords also wrote a book about being the largest family to hike the Appalachian Trial but said that this would be the first marathon they had run together as a family.

The parent’s decision caused a social media storm, with US Olympic long-distance runner Kara Goucher adding that a marathon is physically too far for a child of 6 to complete without causing injury:

“I don’t know who needs to hear this but a six-year-old cannot fathom what a marathon will do to them physically,” posted Kara, who competed in the 10,000 metres in Beijing and an Olympic marathon in the London 2021 Games.

“A six year old does not understand what embracing misery is. A six year who is “struggling physically” does not realize they have the right to stop and should.

I don't know who needs to hear this but a six year old cannot fathom what a marathon will do to them physically. A six year old does not understand what embracing misery is. A six year who is "struggling physically" does not realize they have the right to stop and should.

“I’m not questioning motivation or saying it is bad parenting. But as an Olympic athlete, I promise you this is not good for the child,” she added.

But Rainer’s parents hit back at the criticism, saying that the boy had wanted to run the race and bragged their family had bagged “a total of 53 medals – mostly to the kids” in 9 years.

In a social media post, they made a statement to say that Rainer had “begged” them to allow him to take part and “both parents had given him a 50/50 chance of completing it and were ready to pull the plug at any moment if he requested it or if we viewed his safety at risk.

“We asked him numerous times if he wanted to stop and he was VERY clear that his preference was to continue. We did not see any sign of heat exhaustion or dehydration and honored his request to keep on going,” says the post.

“The intent was to try to offer protection and support if they were on our course (Medical, Fluids and Replenishment). Our decision was intended for some amount of safety and protection for the child. The family finished the race after the formal closure of the race course.”

Race organizers say they plan to enforce age restrictions from now on.