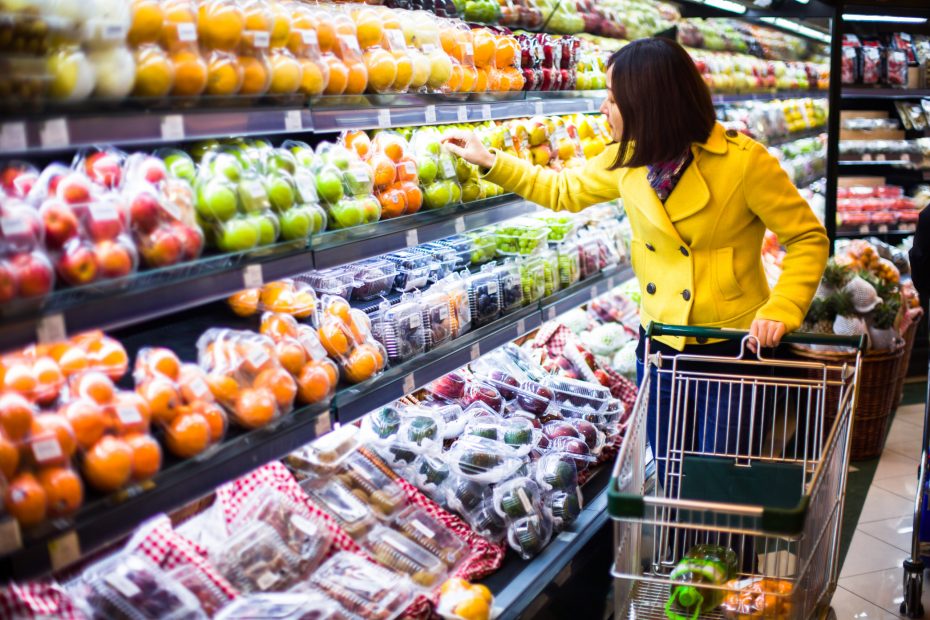 If you’ve been shopping lately and thought you were imagining that the package sizes are shrinking, you’re not. It is basically an inflation mind trick… inflation that you are not supposed to see, or they think you won’t notice.

It's not your imagination — package sizes are shrinking and it's all because of inflation.

In a phenomenon known as “shrinkflation,” manufacturers are quietly shrinking the packaging of their products without lowering prices pic.twitter.com/pk1H4MawwP

Everything from yogurt, cookies, beverages and even toilet paper manufacturers are shrinking their sizes and hoping that consumers won’t notice. It is being referred to as “shrinkflation” and it is occurring around the world, not just in the US.

To put it into perspective, in the US, a box of Kleenex now has 60 tissues, whereas a few months ago there were 65. Chobani Flips yogurt has shrunk from 5.3 ounces to 4.5 ounces. In the U.K., Nestle slimmed down its Nescafe Azera Americano coffee tins from 100 grams to 90 grams. In India, a bar of Vim dish soap has shrunk from 155 grams to 135 grams. There are no signs that this is a temporary fix to a growing global concern either.

According to experts, Shrinkflation isn’t a new concept,  But it escalates during times of high inflation as companies struggle with the rising costs of ingredients, packaging, labor, and transportation of goods. Global consumer price inflation rose an estimated 7% in May, and will likely continue through September 2022, according to the S&P global index.

“It comes in waves. We happen to be in a tidal wave at the moment because of inflation,” said Edgar Dworsky who is a  consumer advocate and former assistant attorney general in Massachusetts. Mr. Dworsky has been documenting shrinkflation on his consumer World website for several decades.

Honey Bunches of Oats, which now has 17% less.

That is almost two bowls of cereal less as their 14.5-ounce boxes went down to only 12 ounces.#shrinkflation pic.twitter.com/Ua3F7EdDWs

As early as last fall, Dworsky began noticing that the boxes of cereal were starting to get smaller in the cereal aisle, and shrinkflation has just ballooned from there. Dworsky has cited dozens of examples including Cottonelle Ultra Clean Care toilet paper, which has shrunk from 340 sheets per roll to 312, to Folgers coffee, which downsized its 51-ounce container to 43.5 ounces but oddly, still says it will make up to 400 cups, attributing this to an alleged new technology that results in lighter-weight beans.

According to Dworsky,  shrinkflation appeals to manufacturers because they know customers will notice price increases but won’t keep track of net weights or small details, like the number of sheets on a roll of toilet paper. Companies also use marketing techniques, like using brighter, more colorful labels that draw consumers in. This is exactly what happened with Fritos. Bags of Fritos Scoops marked “Party Size” used to be 18 ounces; some are still on sale at a grocery chain in Texas. But almost every other big chain is now advertising “Party Size” Fritos Scoops that are 15.5 ounces — and more expensive.

There is the possibility that trends like this can go the other way. As inflation eases, competition might force manufacturers to lower their prices or reintroduce larger packages. But according to Dworsky,   once a product has gotten smaller, it often stays that way.

“Upsizing is kind of rare,” he said.

Some customers who have noticed the downsizing have taken to sharing examples on social media sites. Others say that shrinkflation is causing them to change how they shop, choosing less manufactured products and instead choosing fresh food and vegetables. Some people are even considering the idea of growing their own produce. A return to the now might be in the best interest of consumers for the foreseeable future worldwide.