OUCH: Man Gets “Bobbittsed” By GF After Attempting to Assault Her Daughter 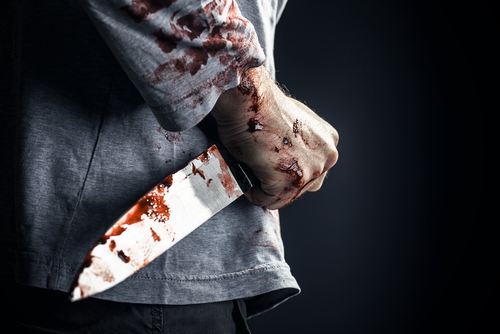 It’s largely been a slow news week, other than Tater getting fired from CNN and Liz Cheney being given the boot in quite dramatic fashion from Wyoming, but the Times of India has an interesting story for all those who remember the infamous Bobbitt case.

For those that don’t remember, what happened was that a man named John Wayne Bobbitt woke up to find out that his furious wife had chopped off his penis after (she claimed) he came back to her apartment drunk and raped her. He got it sewn back on after a marathon emergency room visit.

Well, something similar happened in India (perhaps the Bobbitt story reached them finally), as The Times of India reported that a woman there chopped of her 36-year-old, live-in partner’s penis after he tried raping his 14-year-old daughter.

The mom, not showing a drop of repentance when explaining what happened, said:

“I was working in the farm when the incident took place. Fortunately, I returned home in the nick of time and caught him red-handed.

“He even attacked me while I was trying to save my daughter, so I brought a knife from the kitchen and chopped off his private parts to teach him a lesson. I have no regrets for what I did.”

Tap Here to Order
The local police, speaking about the incident and what happened to the man, told the Times of India that the man had been booked for rape but is currently in the hospital because of his injuries. The rape charge the man faces comes from a child sexual abuse law in India that is called the Protection of Children Against Sexual Offences (POCSO) Act.

What is so far unclear, however, is whether the man will get the Bobbitt treatment and have his member reattached or whether his girlfriend made him a eunuch for good.

Also unclear is whether the woman will face charges for giving it the chop. Given that he both attacked her and was in the process of trying to rape her daughter, that’s probably less likely than in the Bobbitt case, but perhaps she will given that the wound inflicted wasn’t one typically inflicted on an attacker during a self-defense situation, but is rather more of a revenge injury.

In any case, the man is currently in critical condition in the hospital and the 14-year-old is safe from his predations.

After Mrs. Bobbitt chopped off Mr. Bobbitt’s member, she was charged with malicious wounding despite his having raped her and abused her for years, though she was subsequently acquitted. He faced rape charges and was also acquitted. Perhaps being given the eunuch chop, if only temporarily, was punishment enough. He has long denied the rape charges and Mr.s Bobbitt has stuck by her sexual assault claims against him.

We’ll see how things turn out in India and see what variables fall in line to make it even more closely parallel the Bobbitt case. And did you catch the pun in the title?