Only The “Boss” Can Afford This Legendary Rocker’s Tickets! 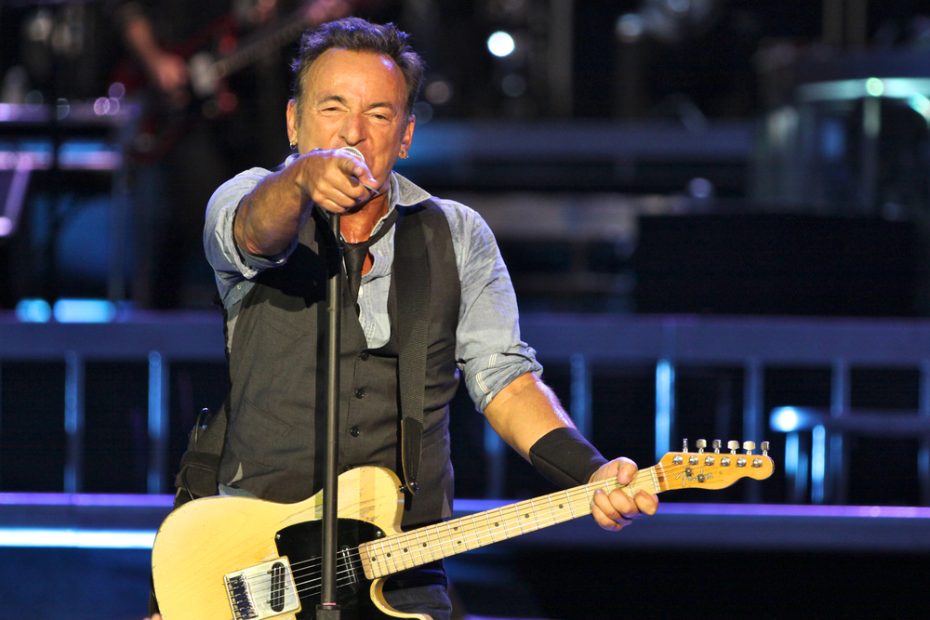 I’m a music guy, always have been—especially live music. I saw my first concert when I was 12 years old. It was Kenny Loggins. Shut up; I know I’m old!

Since then, I have conservatively seen close to one thousand bands live, give or take. Who can remember? For the most part, I have never really concerned myself with the cost. If I want to go and can afford it, I go. Our heroes aren’t going to live forever, folks. You have to see them before it’s too late.

I have long been critical of Ticketmaster and they’re incredibly shady billing policies. Why charge an exorbitant “convenience fee” when I have to print or show the ticket on my phone? How am I being convenienced? It’s simply pure profit for the evil overlords known as Ticketmaster.

The problem is, there are no other options. There are a couple of smaller ticketing services like Ticketfly and AXS, but none have gained the widespread usage of the evil Ticketmaster.

Recently, fans of Bruce Springsteen have lost their collective minds, as Ticketmaster is trying a new ticketing strategy. Let’s check with the Daily Wire for the pricey details:

He’s supposed to be the bard of the working man, but tickets to Bruce Springsteen‘s legendary shows are selling for as much as $5,000 apiece under a “dynamic pricing” system that has fans cursing “The Boss.”

Ticketmaster has used the same method to wring top dollars from fans of Drake, Paul McCartney, Harry Styles, and Taylor Swift, too. The idea is that prices rise and fall based on what they would fetch on the scalper market. So if a reseller can get $5,000 for a great seat on Springsteen’s upcoming tour, Ticketmaster will simply undercut the secondary market.

Just criminal. Part of the problem here, though, is that Ticketmaster also resells tickets. They are their own scalping service.

To combat SeatGeek, StubHub, and the like, Ticketmaster now allows users to resell their tickets on the site they bought them from, so Ticketmaster essentially gets a double dip from your pocket! How is this legal?

Tickets for Springsteen and his E-Street Band’s 2023 tour went on sale Wednesday, and Ticketmaster quickly labeled many floor and lower-level seats as “Official Platinum Seats.” That “enables market-based pricing (adjusting prices according to supply and demand) for live event tickets, similar to how airline tickets and hotel rooms are sold,” according to Ticketmaster’s website.

The irritating thing is Ticketmaster admits to this deception and basically thumbs their corporate noses at the filthy masses that can’t afford the seats.

Ironically in Springsteen’s case, these same filthy masses are the ones he built his career singing about!

Now, to be clear, I wouldn’t pay a nickel-ninety-five to see Bruce Springsteen. He hasn’t had a decent album or real radio hit that I can recall since 1987’s “Tunnel of Love”. That record was just meh, so if anyone cares about Bruce Springsteen, it’s purely for nostalgia.

The problem here is if this pricing model is successful and allowed to flourish, then most shows of any note will be priced like this.

“Springsteen and Ticketmaster playing fans for fools,” tweeted Ryan Panton. “They see the outrage from ‘platinum tickets’ and rebrand them all as ‘verified resale.’ The joke continues.”

But E-Street Band guitarist Steven Van Zandt told fans not to blame “The Boss” for a pricing scheme that is out of his control.

“I have nothing whatsoever to do with the price of tickets,” Van Zandt tweeted at a fan who complained about the exorbitant prices.

The problem here is that Springsteen wields enough clout in the industry that he could control Ticketmaster to these ends. Other bands have done so, but it appears the Boss is at the “one last big payday” portion of his career and looking to cash in.

I got my Bruce Springsteen tickets today. pic.twitter.com/JowVTuYusU

New Wave band Crowded House has forbidden promoters of its concerts from using the system, and Kid Rock, who keeps his ticket prices at $20, has also railed against Ticketmaster.

Call me what you will, but I would pay way more to see Kid Rock than Bruce Springsteen. The same goes for Crowded House.

The bottom line is that Ticketmaster is taking the ticket-buying public on a ride we don’t want to take. One that will price many fans out of live music. That is bad. Bad for musicians, who make most of their money from touring, and bad for the ticket-buying public, who these days have to make hard choices about their entertainment dollar.

Don’t let artists like Bruce Springsteen fool you into thinking their hands are tied. Until the fans and the artists stand up to the evil empire of Ticketmaster and say ENOUGH, this will not change.