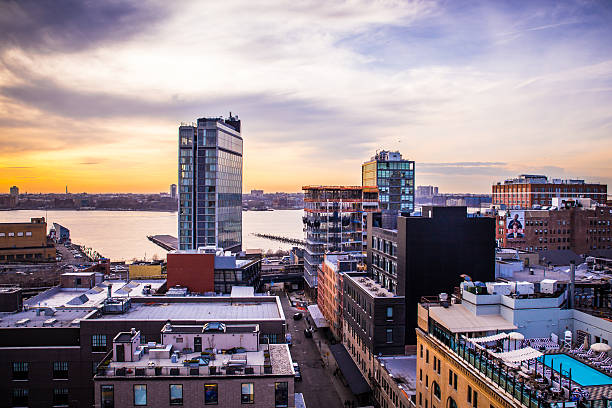 Just last week, the Mayor of New York City, Eric Adams, announced that the influx of migrants that arrived in New York City were being sheltered in The Row Hotel, an exclusive luxury hotel on 8th Avenue.

NYC officials are scrambling to find an additional 5,000 hotel rooms to house even more migrants arriving via bus to the self-proclaimed sanctuary city. The original request was for funds to cover the cost of approximately 600 rooms to house arriving migrants. Still, the buses keep coming, and with the non-stop influx these past two weeks, the mayor and his administration are beside themselves trying to figure out where to house all these migrants. Especially when NYC still has an ongoing homelessness crisis, further exacerbated during the Covid-19 pandemic.

Homelessness in NYC increased since the start of COVID-19. The Coalition for the Homeless called the city’s response a pandemic pandemonium and it seems to get worse.

Previously, 200 rooms at the Skyline Hotel had been allocated for housing incoming migrants. That number expanded to accommodate more busloads expedited to The Row Hotel on 8th Avenue. When fully implemented, 6,000 luxury hotel rooms will be allocated to provide shelter to these migrants, while New Yorkers still struggle to pay their rent and mortgages, and many remain homeless. Currently, there are an estimated 55,000 homeless New Yorkers that Public Advocate Jumaane Williams plans to end by implementing a four-year “roadmap,” which he says will be “ending homelessness as we know it.”

In the ongoing weekly feuds between Mayor Adams of New York City and Governor Abbott of Texas, Adams has repeatedly accused Abbott — as well as the Arizona governor — of shipping the migrants to New York without telling local officials, and both governors have denied these claims. However, Abbott did say he was sending migrants to the East Coast cities in protest of President Biden’s “willful ignorance.”

“Over the past few weeks, we have been working around the clock to step up and welcome asylum-seekers with open arms,” said Kate Smart, the Spokesperson for City Hall. “As we previously announced, we’ve been procuring additional emergency shelter to serve this population, and this [contract request] is part of that effort.”

In the last 24 hours, five more buses rolled up to New York City’s Port Authority terminal in Midtown Manhattan. Three of these buses arrived at 6:15 AM, with two more arriving at 7:30 AM.

Two more pulled in around 7:30 AM, with the total amount of migrants totaling 237.

Before yesterday, the total number of buses arriving in NYC was three.

How much more are liberal “sanctuary city” officials going to take until they finally admit we have a problem at the southern border? Mayor Adams cannot think he can continue to hijack luxury hotels and not believe that there is a bigger problem here that points to the current administration. And let’s not forget Mayor Bowser of Washington DC, who recently pleaded for the National Guard to come to her aid to help with the migrant crisis in her city, to which the Pentagon has repeatedly said no. This is rich coming from the mayor who supported mayhem in the streets of her own city during the 2020 riots and even supported the “Defund the Police” movement. If it takes a migrant crisis to realize that their progressive wokeness is dangerous and represents an erosion of our Constitutional Republic, I say let the buses keep rolling in until they finally get it.